Do We Really Need an Uber for Ambulances? MeduLance Thinks So 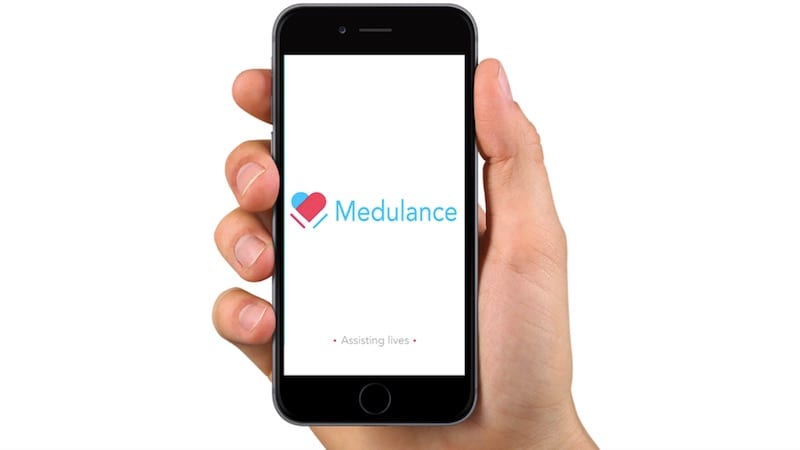 MeduLance is a Delhi-based company on a mission to build the Uber of ambulances. But do you even require a service that shows you ambulances nearby, when you can just call 102 and get an ambulance over in an emergency? Pranav Bajaj, the co-founder of MeduLance spoke to Gadgets 360, making the case for why we need this kind of app on our phones.

In 2010, his co-founder Ravjot Arora lost his grandfather to a heart attack - Arora experienced an ambulance for the first time then and realised how difficult it is for people to get a quick and helpful response.

"If you have a real emergency, do you know how to get an ambulance quickly?" Bajaj asks. "The initial idea was to use technology to shave minutes off [the] medical transport,” he explains, since other than connecting you with the nearest ambulance, the app also shares your exact location with the ambulance, potentially saving precious time.

"We realised that there are actually two kinds of markets for ambulances. There's the emergency space, and we're trying to make a difference there, but there is also a huge need in the non-emergency space,” says Bajaj.

"Non-emergency medical transport is for someone perhaps who is elderly and needs to go for regular medical appointments,” he adds, "or for pregnant women, who need to go for checkups, or for hospital transfers. So these were the ones we started off with, to figure out response time, and we started working with private ambulance providers for this."

Ambulances fall under a couple of different pools, Bajaj points out to us. There are private providers, that you can call up if needed, and also that provide their services to hospitals. Many hospitals also have their own ambulances, and the government also provides ambulances for emergency services. Speaking about this last category, Bajaj says there is a big challenge: "the fleet size can't keep up with the very high demand, and this makes response time a big challenge. But obviously, a fast response can mean the difference between someone making a recovery, or not."

A hospital ambulance, on the other hand, will only pick up the hospital's patients. The private providers fill the gap, and just like the cab aggregators started by approaching taxi fleets, MeduLance started by reaching out to the private companies to bring their ambulances onto the platform. "We check fitness certificates, pollution certificates, paramedic certificates, and so on," Bajaj says. "And what we found is that of the 800-900 private ambulances in the city, only around 350-400 actually made the cut."

The next step was to start tying up with hospitals - for instance, the Rajiv Gandhi Cancer Institute. MeduLance is a service provider to the hospital, and if you request an ambulance from the hospital, MeduLance will find one from its pool of private players and organise it. It's also working with communities, such as DLF for Cyber Hub, where MeduLance keeps a vehicle with a paramedic stationed around the clock (in shifts), to service that area and thus bring the response time down.

But the important thing to remember is that an ambulance is a little different from a taxi - Bajaj says that when you book an ambulance, if you make an emergency booking, the driver will have your location so that you can be found more easily, and the company's call centre will contact you to find out the nature of the emergency and brief the paramedic before the ambulance even arrives. At the same time, the call centre can also offer some emergency advice on the spot, so you don't make things worse before the ambulance gets there.

That's pretty important, and the problems with existing systems became apparent to us first-hand recently. A major tech-company was holding a friendly football match over the weekend, and an accident on the field led to a player breaking his foot in three places, with the bone actually visible. At that time, no one knew what to do - whether you should move the victim to keep him still, how to call an ambulance, and where to go after the ambulance came. And when an ambulance was finally tracked down, there was a frustrating experience in getting it to come to the right location.

"If someone books an ambulance through the application, they might not even understand the type of ambulance that's required," says Bajaj, explaining why the company needs to use the call centre to talk to patients in an emergency. "We need to know what kind of emergency to prepare for, how to transfer the patient, so we call and ask a few questions before making the booking to properly understand the situation."

The cost of hiring an ambulance via Medulance depends on a number of factors. Is it an emergency ride, do you need a simple patient transport, or advanced life support? How far do you need to go? From Okhla to Saket - a 9km journey - the rate varied from Rs. 860 to Rs. 4,860, depending on the requirements.

MeduLance is presently available only in Delhi-NCR, and is also working on improving its relationships with hospitals so that for emergencies it can provide a seamless experience, though that's still a work in progress. The one-year-old company is mostly used by non-emergency patients, who use it to schedule pickups for appointments, but Bajaj believes that as the service gets more exposure and a bigger fleet, the use cases will also expand.