Line, the Biggest Tech IPO of the Year, Struggles to Show Its Growth Plan Can Work 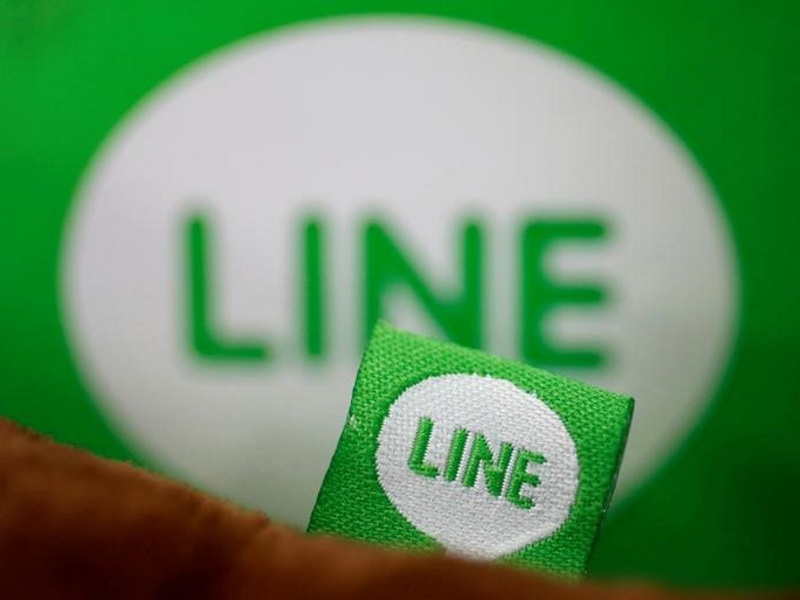 In delaying its IPO by two years, Japanese messaging app company Line Corp bought time to correct weak financial reporting controls, work on its business plan, bolster staffing - and left billions of dollars on the table as its valuation shrivelled.

Line's initial public offering in the next three weeks is set to raise about $1 billion, which given a global drought of such deals could make it the biggest tech listing this year, but sceptical fund managers point to tepid growth in Line's home market and doubts about its prospects for regional expansion. They also question whether its advertising revenue strategy will work.

In seeking to earn more from its major Asian markets of Japan, Thailand, Indonesia and Taiwan, Line will try to generate more revenue from services such as advertising and offer more localized products, its IPO filing said.

The bulk of Line's revenue comes from games and sales of emojis and electronic stickers, including Brown the bear and Cony, his flatulent rabbit girlfriend.

"Localisation of the service, of the marketing, of the stickers that we provide - this is very important," CEO Takeshi Idezawa told Reuters in April.

Fund managers who have watched Line's growth slow in a crowded global messaging app market assess the plan with caution.

"Among the four countries that it's focusing on, only Indonesia has big room for growth in use," he added. "Even there, the business outlook is not that easy."

Growth in Line's monthly active users has tailed off after tripling across the world over the past three years. Last year, user numbers rose just 13 million to 218 million at the end of March, the IPO filing showed. The company isn't providing much visibility about the future either - it says in its filing that limited operating history makes it "difficult" to forecast future results.

Globally, Line is the seventh-most used messenger app, data from researcher Statista shows, behind the likes of Facebook's WhatsApp and Tencent's WeChat.

Earthquake aftermath
The company will fix its IPO price range on Monday. There is no change to the listing's schedule following Britain's vote to leave the European Union, a Line spokeswoman said on Friday.

The dual New York and Tokyo listing, set for July 14-15, would value Line at about JPY 588 billion ($5.75 billion) and make it the country's largest listing since Japan Post's $12 billion offering last year.

Line's likely valuation is far less than the $10 billion-$20 billion that was expected by investors when South Korean parent Naver Corp previously talked of a Line listing in 2013-2014, although Line may not have had much choice but to wait.

Line declined to comment, citing a media blackout period ahead of the IPO.

Line's messaging app was launched as NHN Japan in the aftermath of Japan's 2011 earthquake and tsunami to overcome downed communications, growing unexpectedly to become the country's dominant mobile messaging platform over the next few years.

However, in that period, it identified what it described in its IPO filing as "material weaknesses" in controls over financial reporting.

Line has now tightened board and management approval for major transactions, it said in its prospectus, and crafted a strategy focusing on Japan, Thailand, Indonesia and Taiwan, which account for more than half its users.

Line has also bolstered staff numbers by recruiting over 750 workers between December 2014 and March, its IPO filing shows, with designers and engineers among the recruits. It has around 2,540 full-time employees.

Pushed as value play
Idezawa, who became Line's chief executive in March last year, has been key to tightened procedures, a person familiar with the matter said. Idezawa is known for his strictness on compliance-related matters, the person added.

Idezawa was previously chief executive of internet company Livedoor, joining that company a year after it was hit by a high-profile 2006 accounting scandal.

"When Line was first seriously considering an IPO around 2013, the overall company was pretty disorganised," said a person involved in the IPO. "It was very much still a venture in terms of mindset. So a lot of people were hired to strengthen the company."

Line has pitched its IPO to investors in terms of value and steady returns instead of explosive growth potential.

"I went to the company's meeting with investors... but nothing moved me," said a fund manager at a major Japanese asset management firm who declined to be named because of company rules against discussing individual shares. "It's not clear how it can make money out of its advertisement business."