The scale and speed of the disruption have triggered tensions between traditional distributors and Reliance. 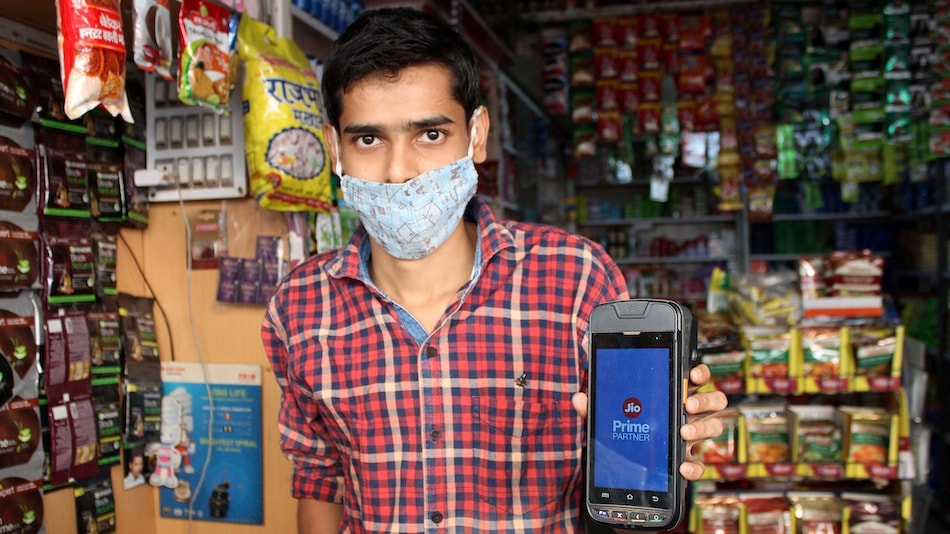 For eight straight days, household goods salesman Vipresh Shah has failed to sell a single pack of Dettol soap to the storekeepers who have been buying from him ever since he took over his family business as a teenager, 14 years ago.

Shah is an official distributor for Britain's Reckitt Benckiser in Vita, near Sangli city, around 200 miles south of Mumbai. But he said once-loyal customers now point to an app - JioMart Partner - on their smartphones showing prices up to 15 percent lower, instead of placing orders.

"As Reckitt's distributor, I used to be like a prince in the market," said Shah. "Now the buyer tells me, 'See how much you've been ripping us off!'"

The 31-year-old said he lost $2,000 (roughly Rs. 1.48 lakh) of his own money as he discounted products to match prices on JioMart, the app rolled out by Reliance Industries billionaire Mukesh Ambani in his drive to revolutionise retail distribution in India.

Just as Ambani, India's richest man, has disrupted the country's telecoms industry, the tycoon is intent on shaking up retail distribution, taking on US e-commerce giants like Amazon and Walmart, expanding fast in India.

The country has around 450,000 traditional distributors, who have legions of salespeople to service every corner of the vast nation, including 600,000 villages. They typically earn a margin of 3-5 percent on product prices and mostly take orders physically once a week, making deliveries to retailers within a couple of days.

But Reliance's model throws a wrench in that supply chain: the mom-and-pop stores, known as 'kiranas', can order goods on JioMart Partner with deliveries promised within 24 hours. Reliance also offers training on ordering, credit facilities and free product samples for affiliated kiranas' customers.

That means hundreds of thousands of salesmen representing consumer giants like Reckitt, Unilever and Colgate-Palmolive, face an existential threat to their business, according to interviews with salespeople, 20 distributors and a trader group with members across India.

Many of the distributors contacted by Reuters said they have slashed their workforce or vehicle fleet, seeing their sales from door-to-door agents drop 20-25 percent in the last year as shopkeepers partner with Reliance.

In Vita, salesman Shah said he has had to lay off half of his staff of four. He fears the 50-year-old family firm might not last beyond the next six months.

The scale and speed of the disruption have triggered tensions between traditional distributors and Reliance that have boiled over into physical confrontation in some cases.

In Maharashtra state in the west - home to Vita - and Tamil Nadu in south, traditional salesmen have organised blockades of some JioMart delivery vehicles.

"We will employ guerrilla tactics," said Dhairyashil Patil, president of the All India Consumer Products Distributors Federation, which represents 400,000 agents of local and foreign consumer firms. "We will continue to agitate," he told Reuters, "we want (consumer goods) companies to realise our value."

Last year it raised funds from marquee investors including Silver Lake Partners and KKR & Co Inc as it seeks to integrate mom-and-pop stores in what it has touted as a more inclusive approach to digital commerce. That push is widely seen countering the likes of Amazon, which have for years faced - and denied - claims in India of favouring select big sellers at the expense of smaller retailers.

A source close to Reliance said the company was determined to keep expanding its business for mom-and-pop stores. It believes its model can co-exist alongside the traditional approach in one of the world's biggest retail markets, the person said, declining to be identified because of lack of authority to disclose company plans.

Ambani in 2018 said he eventually wanted to connect 30 million small merchants to the Reliance network. So far, it has 300,000 merchant partners in 150 cities who order consumer goods from Reliance, but the transformation will be magnified many times over if it meets a target of adding 10 million partner stores by 2024.

Reliance did not respond to requests for comment for this article.

Colgate declined to comment, while Reckitt said its customers and distributors were an integral part of its business but it does not comment on its relationship with them. Unilever's India arm, Hindustan Unilever, did not respond to a request for comment.

The traditional distribution methods remain important to the consumer goods makers, even amid the disruption, industry watchers say.

"The companies don't want to kill their own distributors. The worry is real," he said.

Asked about Reliance's model and concerns among distributors, Sunil D'Souza, CEO of India's Tata Consumer Products, told Reuters in an interview last month it "can't afford to sit back and ignore" any major distribution channel, but Tata was trying to minimise conflict and strike a balance.

Jefferies in March estimated kiranas will "steadily increase the share of procurement" from Reliance "at the cost of traditional distributors". Such sales for Reliance could mushroom to $10.4 billion (roughly Rs. 77,370 crore) by 2025 from just $200 million (roughly Rs. 1,490 crore) in 2021-22, Jefferies estimates.

One executive who works for a rival to Reliance said Ambani "was spreading his wings very fast" in servicing kiranas and already has an edge on negotiating prices, due to long-standing relationships with consumer good makers which have for years counted Reliance and its 1,100 supermarkets as a big client.

With kirana partners, Ambani is adding another, major vertical. "Brands cannot afford to sideline Reliance, it's just their sheer purchasing power," said the executive, who declined to be identified as he wasn't authorised to speak with media.

Many kiranas are cramped shops in ageing buildings, where branded products are placed on wooden shelves and small sachets dangle from the ceiling. Such retailers are embracing Reliance as a means to boost profit margins.

When Reuters accompanied Anuruddh Mishra, a sales agent for Colgate, during a field trip in Mumbai's Dharavi area, he struggled to convince Shivkumar Singh, the 50-year-old owner of a dilapidated store, to make purchases. Dharavi is home to 1 million people and rated one of the world's biggest slums.

Singh opened his JioMart app and showed the far lower prices on offer. "How can I order from traditional distributors?" he said. "The difference in price is huge. Now I order mostly from Reliance."

A Reuters review of purchase deals on the JioMart Partner app showed the Dharavi retailer could bulk buy a two-tube combo of Colgate MaxFresh toothpaste for about Rs. 115. Salesman Mishra's distribution company gets it for Rs. 145 and his last offer to the Dharavi retailer was Rs. 154 - still more than a third higher than the Reliance price.

Back in Sangli, traditional distributors said they have at times chased down Reliance vehicles and confronted drivers, alleging unauthorised deliveries.

Sunil Pujari, who works in the city for one JioMart delivery agent, said he had been warned by his supervisors to immediately alert them if angry distributors stopped vehicles.

"Prices offered by JioMart cannot be matched by anyone," he said, making another delivery in a crowded market.