It's the first day of class at Instagram. Students check in at two security desks and sign non-disclosure agreements before heading up to the photo-sharing app's Manhattan offices. The 20 or so guests, almost entirely women, stride past the cluttered workstations of Facebook engineers and into a conference room.

In attendance are executives and marketing managers from various fashion and beauty companies. Birchbox, a seller of makeup and bath products that's raised $100 million (roughly Rs. 680 crores) and jump-started the subscription box craze, sent six. Another group from Madewell - J.Crew's sister brand - sits up front. Big names from denim brand Ayr and Soludos take their seats. Even famed designer Cynthia Rowley makes an appearance, along with the president of her label. So does her daughter, Kit Keenan, an Instagram influencer who has been featured in Teen Vogue and Refinery29.

They've all come to learn how to make piles of money using the ubiquitous app. But the folks at Instagram have a lot to learn from them, too. 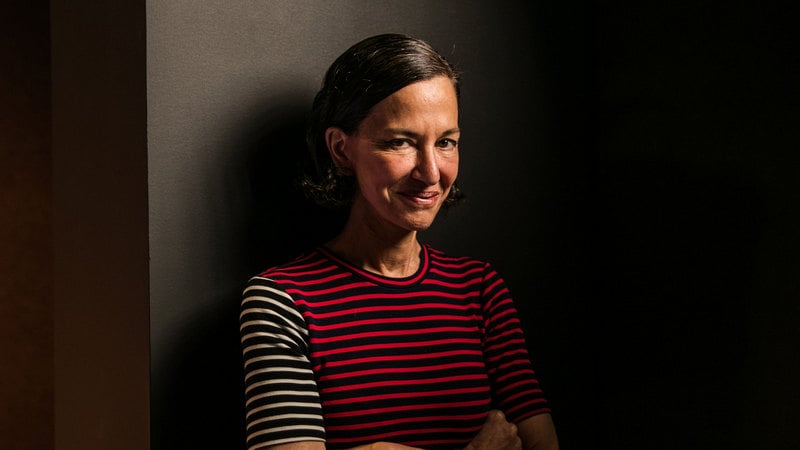 Vishal Shah, director of product for Instagram Business, told the assembled crowd that he wants to figure out how the platform's most avid users buy things. "Shopping isn't a linear journey," he said. "It's not even a funnel, in the typical sense. We actually refer to it as the noodle."

That noodle is about to become the way a big part of the world consumes.

Once, Instagram was a simple photo-sharing app, a way for iPhone shutterbugs to show off their latest cool pics. Now, its visual nature and 1 billion active users have sellers salivating over its potential as a place to sell everything from dresses to furniture. Of those users, 150 million interact with the 25 million or so businesses that have a presence on the app. Instagram has counted a few retailers-including Macy's and J. Crew, as partners-but the platform remains an afterthought for other big names.

Bought by Facebook in 2012 for $1 billion (roughly Rs. 6,800 crores), Instagram has spent the past three years trying to solve this shopping puzzle. Everyone is already on their phone, and the mass migration from brick-and-mortar to online shops such as Amazon.com is taking the next leap, into the palm of one's hand and social media.

Yet hype around the dawn of "social commerce" has dissipated of late. Online shoppers have been slow to close their retail apps in favour of social ones. Even now, 54 percent of online buyers never make purchases that begin on social media, according to a 2017 report from visual search company ViSenze.

Smaller businesses are the ones that have found creative ways to hawk their wares on social. Young entrepreneurs are starting online stores that use Instagram to funnel shoppers to their websites. Vintage clothing retailers post outfits and reward the first commenter with permission to buy each one-of-a-kind item, creating a mad dash for dresses and pumps. If you're too slow, it's gone forever.

Instagram doesn't facilitate these purchases, however. It's all done manually by entrepreneurs. There's a gap between Instagram and the retail world-a tech entity hoping to understand an industry more concerned with fashion cycles, inventory and merchandising than how to use a flashy new feature on the app.

The company has been studying expanding niches to find out how expert users create commerce-and spreading what it learns.

The class at its New York offices is meant to bridge that gap. "We really wanna invest in this," said Susan Buckner Rose, director of monetisation product marketing at Instagram. "Really, what we want is for these businesses not to just have an Instagram presence, but be able to leverage all these tools."

Maximising Instagram's already huge presence is a good thing for Facebook, and not just financially. The photo-sharing app provides its parent the opportunity to regain some of the cultural cool it lost long ago. Even while Mark Zuckerberg's social media monster is under sustained attack-for facilitating Russian interference in the 2016 US election, leaking personal data, and not blocking hate speech-Instagram remains unscathed. In fact, some consider Instagram to be Facebook's saviour, given its younger audience and concomitant marketing advantages.

On Facebook, there are neo-Nazis and St. Petersburg trolls. On Instagram, there are sunsets and avocado toast.

Instagram, in other words, is a carefree getaway from the daily grind. For many, that's what shopping is, too. Bingo.

But it's not alone in making this connection. The company is encroaching on territory coveted by Amazon and traditional retailers eager to grow online sales.

Amazon Fashion sells clothing through the store's near-universal Internet presence, and now offers a try-before-you-buy wardrobe service. Department stores all have their own Instagram accounts, driving people to their websites either by promoting individual products or touting clearance events-but that's just like traditional advertising, not true social commerce.

Instagram is looking to capitalise on this gap by being much, much more hip than everyone else.

Instagram East reflects this attitude. Artwork lines the walls of the Silicon Valley-based company's new offices on lower Broadway, and there's a juice bar where employees can grab drinks-in coconuts. On the day of class, there were whispers that fashion icon Donatella Versace was seen in the elevator. The new Instagram venue features a tiny mobile conference room styled after the opulent Versace mansion. She would later appear in a post alongside Eva Chen, the former Lucky magazine editor-in-chief Instagram hired in 2015 to be head of fashion partnerships.

Menlo Park has gone full-on Manhattan chic. The company has been courting fashion's most prominent personalities and hiring big names-at the office, Chen has hosted streetwear icon Virgil Abloh and designer Prabal Gurung. She also holds master classes for influencers. At the 2018 Met Gala (not exactly tech-nerd home turf), she shared a photo of her with Instagram Chief Executive Officer Kevin Systrom, posing with a who's-who of Instagram's biggest beneficiaries, including Kim Kardashian, Kendall Jenner and Bella Hadid.

Kay Hsu, Instagram's creative lead, is a key figure in convincing brands to use Instagram. She attends festivals in London and Cannes to dish about the company's new strategy. She's appeared on podcasts with AdAge and written articles for Adweek to explain why businesses should use vanishing content to draw consumer attention while, of course, plugging Instagram.

After Shah's introductory remarks, she took the New York class in hand. What works, then? She spent an hour explaining. You see, amateurs often have to create their photo-shoots from scratch, without all the expensive equipment, and since they don't have to ask anybody for permission, they can constantly try new things, she said.

Shah and Hsu called out various brands that were doing Instagram right, such as shoe label M. Gemi and fitness guru Kayla Itsines. They brought up several campaigns worked on by the marketers in the room and dissected why they were, or weren't, successful.

Itsines, the 27-year-old Australian, uses the app to both grow brand and business. On her account, which now has about 10 million followers, she mixes their photos with workout tips and promotes her own events. Itsines may not be filling her posts with buttons to buy dresses or eyeshadow, but she's attracting newcomers to her business nonetheless.

Later, a series of posts shared by Birchbox flashed on the screen. Two performed well; the other two did not. The appeal of Birchbox, Hsu explained, is the satisfaction of discovering new items when the box arrives in the mail. People enjoy it so much they film and post YouTube videos bragging about their latest haul. So the Birchbox Instagram videos that reveal many different new items to viewers tended to fare better than those that only featured one, she concluded.

Hsu talked about the role of influencers, those social media stars whose followers keep up with everything they do and wear. They're the envy of all-everyone, it seems, is still hoping to catch up to them. "Right now, those 13-year-olds are doing better content than any of us in here," she said, then pauses, remembering who is in the room. "No offence."

While its executives explain what works, Instagram is still trying to learn, and not just from its own users. A variety of startups have bought into social commerce, albeit with their own platforms.

Poshmark, which started in 2011, has raised more than $150 million for its social marketplace, where its "seller-stylists" build their own online storefronts to share with friends. Lyst has raised about $60 million (roughly Rs. 411 crores) for its peer-recommendation marketplace. The tech giants have their own versions, too-Pinterest began offering buyable pins in 2015, and even Instagram-parent Facebook launched a marketplace in 2016.

But many of these sites don't feel all that different from traditional desktop shopping. Community-based bazaars such as Etsy and Poshmark have you browse through individual online storefronts tied to its army of crafters. Design sites Threadless and Cut On Your Bias are more participatory, allowing for collaborative design of new items. Then there are group-purchase services such as Groupon and LivingSocial, which provide flash sale deals if enough people sign up.

On Instagram, the process of buying something can start on the app, but it doesn't end on the app. Merchants on platforms such as BigCommerce and Spotify can tag products in their Instagram posts, and little boxes designate what's available for purchase. You can click to find the product description, which appears with more information. Then, you click through to the retailer's own website, where the item is listed, and complete the purchase there.

While there are numerous ways to present what's for sale, right now retailers use Instagram's static feed of photos and sometimes videos. Instagram recently added the ability to sell on Stories, a feature that allows users to post photos and videos that disappear after 24 hours. Executives said they predict there will eventually be a crucial shift from feed-based social media to stories.

Back in the classroom, the students had questions. Why can't you add tags for both people and products in the same Instagram post? Are you going to make people buy directly on Instagram, rather than click through to a retailer's website? Why aren't you allowing longer videos? Are you working on any tools for customer service? Can you make it easier to manage direct messages? Are you investing in desktop at all?

"The colour-optimisation is usually spot on, but sometimes-it's not?" someone from Birchbox said near the end of the session. Shah seeks to reassure her.

"Nothing specific to announce right now," he said, "but know that we're thinking about it."