Hubhopper CEO on News Aggregation, and Why He Prefers Angel Funding

First launched in 2015 as a social network, over time, Hubhopper has become a news aggregator and content platform, which offers the readers a discovery platform built around a concept the company calls "microengagement". Founder and CEO Gautam Raj Anand simply refers to it as a "content delivery platform," and tells us that both he and his co-founder Uday Raj Anand (yes, they are brothers) used to work as analysts before starting the company, which led to a very "data centric approach."

But why news aggregation? Anand says that there is too much news that is available today, which is leading to an attention deficit, and shrinking attention spans. "One way to get all your news is RSS feeds," he says, "but then you're limited to sources that have enabled this, and there is zero intervention, that means it's the full firehose of news." For readers, Hubhopper becomes a place with a growing list of sources, which lets you browse through the news and find things that interest you.

"[RSS feeds are] great for some people, but there is no curation," he adds. "What is needed is someone who can actually deliver the news in 60 words to the reader. Then there are some other players like the Flipboards of the world, but where they offer curated news, it's only from the larger players, the mid-level is ignored. So they won't have LBB or POPxo." 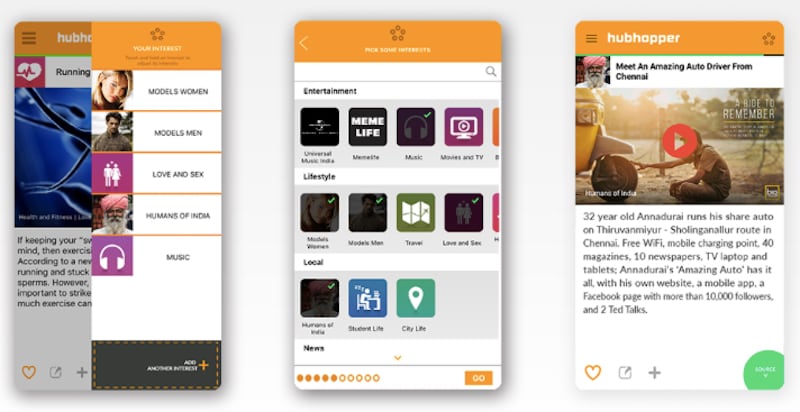 For publishers like these, Anand explains that Hubhopper is a technology platform that offers just another channel to reach readers. "What happens is that tech companies try and become content companies who put together everything," he says, "but really, all you have to do is provide tools so anyone can use your platforms."

Hubhopper offers a dashboard to publishers, which provides analytics and feed management. This is offered for free, though publishers can use more advanced features like increased reach starting at Rs. 2,999 a month. For publishers, particularly the ones just starting out, Hubhopper offers a simpler way of getting their content out, and promises to deliver a new audience and improved engagement, as well as additional revenue via a share of the advertising revenue that Hubhopper earns. The company has also launched a new feature that allows publishers to create their own channels on the app, instead of just having to be present on different existing categories.

Anand believes that the app, which is available on Android and iOS, is hitting the right notes, pointing out that it trended on Google Play and that it has an average rating of 4.7/ 5 [at the time of writing this piece it was 4.6] However, the app has only around 100,000 users, compared to competitors such as Inshorts (formerly News in Shorts), which is in the 5 million - 10 million bracket on Android, and Viral Shots, which has between 1 million and 5 million downloads on Android. 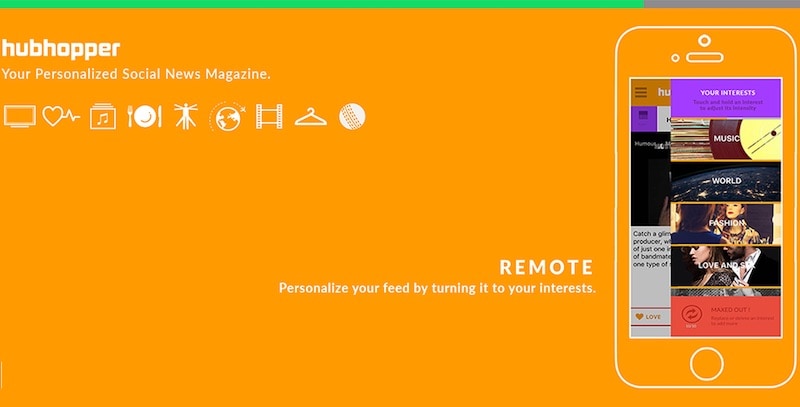 Anand however points out that Hubhopper has grown without any marketing unlike its competitors, and adds, "We've stayed away from institutional funding, and stuck to doing what we think is best." Instead, he says, the company has raised multiple rounds of angel funding, from people such as Sanjeev Lamba, former-CEO, Reliance Entertainment; Raman Kapur, founder Avana Systems; and Jaideep Krishna, of Aark Global, a Hong Kong-based private investment group.

"Our inception happened at the time that funding was becoming scarcer," says Anand, "and so from day one we were focused on keeping the burn low. We did talk to some funders but they wanted to make major changes to the product, which didn't work for us."

"Instead more than money, we've looked for skillsets," he adds. "So we've raised these angel rounds more with the goal of getting advisors who can guide us and help us to grow in a sustainable manner."

The question is whether this attitude is sustainable, as the competing products take in all the users. Anand however believes that the slower growth of Hubhopper has permitted it to slowly discover what users really want, and accommodate these needs. That being said, he admits to being usure about the path the company has taken.

"I worry about it every single day," he says with a laugh. "But I feel that this approach has held us in good stead so far. I'd rather have a slower gestation than become the next Tiny Owl."

Further reading: HubHopper, News aggregation, Digital publishing, RSS feeds
Gopal Sathe Email Gopal Gopal Sathe is the Editor of Gadgets 360. He has covered technology for 15 years. He has written about data use and privacy, and its use in politics. He has also written extensively about the latest devices, video games, and startups in India. Write to gopal@ndtv.com or get in touch on Twitter through his handle @gopalsathe with tips. More
Technology Is Now at Root of Almost All Serious Crime, Says Europol

Hubhopper CEO on News Aggregation, and Why He Prefers Angel Funding
Comment