With the ultimate aim of attracting more users to expand its existing base of over 75 million monthly active riders worldwide, Uber on Tuesday launched the Uber Lite app in India. The new app is touted to be less than 5MB in size and claimed to offer 300 milliseconds of response time. It is also designed to enable cab booking on low-speed, 2G networks.

The latest development has brought Uber to the list of companies that already offer lightweight apps to reach millions of consumers that don't have a handset with decent specifications or aren't using a high-speed data network. The list includes Google, Facebook, LinkedIn, Shazam, and none other than Uber's arch-rival Ola. However, the San Francisco, California-based company doesn't want to be the just another company with a lightweight app. Instead, it wants to use the initial rollout in the country to serve as a blueprint for markets across the globe.

"The Uber Lite app comes with a global target," said Manik Gupta, Vice President Product, VP and Head of Product, Uber, in New Delhi on Tuesday. "There are many countries which are very similar based on constraints, including entry-level smartphones, Android old versions, low-storage, and poor network connectivity."

The Uber Lite app, which is presently being tested in three markets - Delhi, Hyderabad, and Jaipur - offers guided pickups where the app uses the built-in GPS and the active network to detect the current location. If the app isn't able to detect the location due to GPS or network issues, it provides popular landmarks nearby that are based on the data collected by Uber earlier. 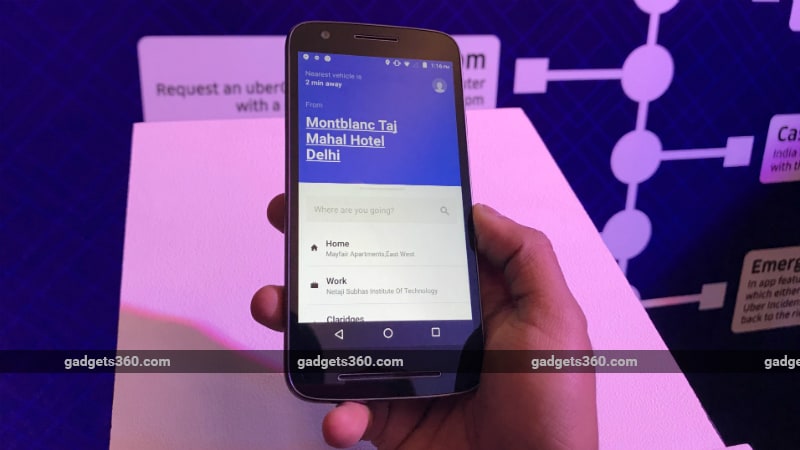 The Uber Lite app also has a Maps on Demand feature that helps to enhance the experience and reduce data consumption by not loading the maps by default. Similar to the original Uber app, the lightweight app has in-app support and includes the ability to share the trip with contacts or hit the emergency button in the middle of a ride. But the Uber Lite app only support cash as the payment method. This means at the moment it doesn't work with methods such as Paytm and credit/ debit cards.

Gupta stated that the reason for having cash as the only method is that cash is an important mode of payment in India. Having said that, the company plans to add the other methods in the near future. "We'll bring in the other ones fairly soon," the executive said.

Apart from the expansion of payment methods, the Uber team is in plans to bring Indian languages to the Uber Lite app and enable other important features that are already available on the main Uber app. However, the company plans to reimagine the features in a different way to make a distinction between the two apps.

"Our goal would be to continue to provide best of class features that are there in the main app into the Uber Lite app as well but reimagine in a different way," Gupta said. "That's a very important point as we won't just copy-paste every new feature. Because if we start doing that, the sanctity of the app and the design of the app will become crazy."

While the design, interface, and features of the Uber Lite app are completely different, the new app uses the same technology stack that is powering the original Uber app that is over 54MB in size. The Uber Lite has been developed by the engineering team based out of Uber's Bengaluru and Hyderabad offices comprising of over 150 members in total. Moreover, there are some improvements from the local team that are uplifting the experience not only on the Uber Lite app but also across the entire Uber ecosystem. 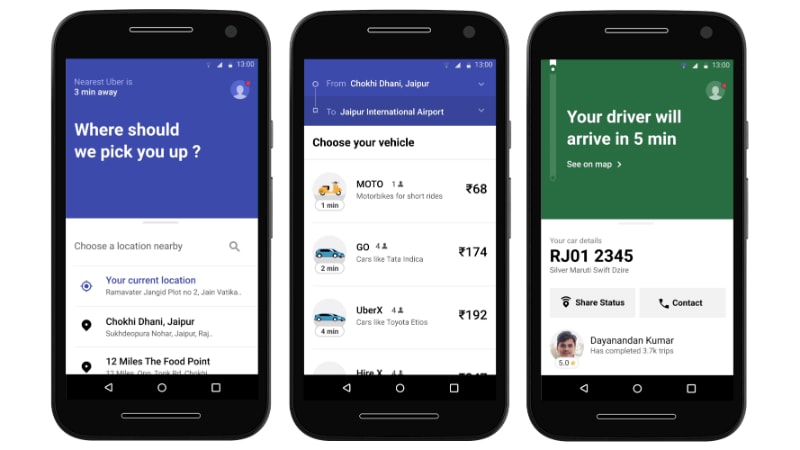 "One of the things that the team members have done very well is they have also improved some of the services that they have cooked in to book a ride or to call the maps," Gupta asserted. "So you'll see significant, positive effects of the Uber Lite app not only within the Uber Lite app but also on the entire Uber ecosystem."

Interestingly, the Uber Lite app comes months after Uber launched its 'Dial an Uber' service that was originally rolled out in Guwahati, Jodhpur, Kochi, and Nagpur back in August. That service, as its name suggests, allows riders to book an Uber cab by dialling a phone number. It was expanded to 29 cities in the country in November. The company also offers its Web-based m.uber.com service that lets users book rides without installing an app.

How to Book an Uber or Ola Cab Without the App

Gupta believes that all this is a matter of giving different channels. "You want to meet the users wherever they need," he said. "Some users will still want to do a phone thing, and we have to support that and we experimenting on that. Some people just want to use the m.uber.com because they want to use the Web and can use Uber through their desktop. And then there are some users who really like to download this app, and we'll also work with them."

Gupta additionally pointed out that the downloading the app instead of accessing the phone booking service or the website enables riders with an experience that works with few taps. "It's a different experience, it's much more highly performant. So different users will use different ways, and for us, we need to remove the barrier to entry," he explained.

Companies such as Apple, Google, Microsoft, Mozilla, and Twitter are embracing the Progressive Web App (PWA) model that offers a traditional app-like experience in the form of a Web app. But at the same time, Uber has opted for the native channel.

"The reason for not opting [for] PWA is because it is not that we took the main Uber app and we stripped it down and then we just put it into a light app," Gupta said. "We actually spent a lot of time totally redesigning the app from ground up and the reason why we went with the app way because we wanted to make sure that we control the experience very effectively and ensure that it works on all kinds of form factors, including different screen sizes, and it has high performance. It can do things like caching little bit better, integrate the network calls better because we have much more control in a native app."