"This update cannot be installed because it requires at least 5.7GB of storage." If you're getting a similar error when trying to install iOS 8, you're probably facing a major conundrum over which apps and how many photos to delete. If you haven't begun that process yet, hold on. You can install the update without deleting any apps or photos. Here's how to do that. 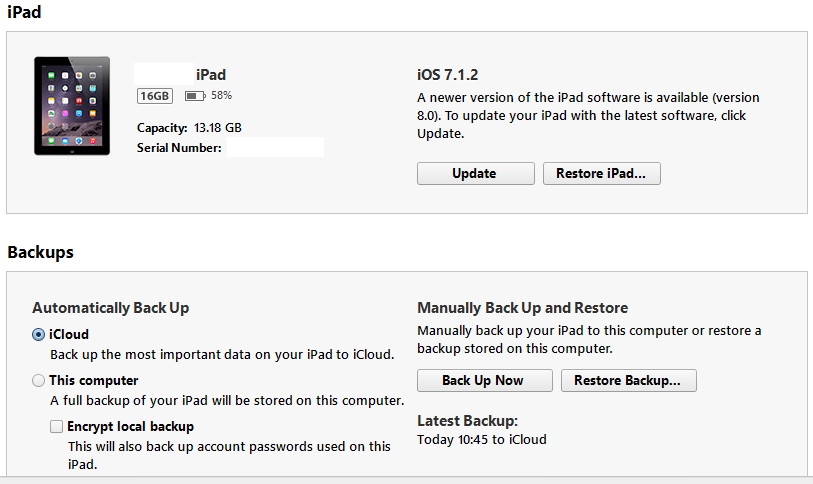 1. Check which apps are taking up the most storage. Go to Settings > General > Usage.

2. Now wait for the list of apps to load. You'll see the apps that are taking up the most space. Start by deleting games you have completed or stopped playing.

3. You can delete apps such as Facebook, Instagram and Twitter, which grow in size the longer you use them. Your data is safe within those three apps and you'll get it back once you reinstall them.

4. Most people will have filled up their iOS devices with photos and videos. That will be hard to delete, but you can easily take a backup of these using iCloud. Follow the steps described in this tutorial for a complete backup. When that is done, you can delete a lot of these.

5. You can delete music and videos, which tend to occupy a lot of space on several iOS devices. These can be downloaded again via iTunes or if you've transferred them via your computer, then an iTunes sync after updating will restore songs and videos to your device.

6. One storage-hungry app that is often overlooked is Safari. The browser is probably the most-used app for many people and over time, its cache can grow to a ridiculous size. Clear it by going to Settings > Safari > Clear Cookies and Data. Clearing history will also free up some space. You can do this by going to Settings > Safari > Clear History.

These are some of the best ways to free up storage to install iOS 8 in case you can't update via iTunes. After you install the update, it won't occupy 5-7GB that it requires for installation. Let us know via the comments about your experience with installing the iOS 8 update.

For more tutorials, visit our How to section.