How to Send Money to Aadhaar Numbers via BHIM App

BHIM is an app developed by the National Payments Corporation of India (NPCI) that allows people to send and receive money using the Unified Payments Interface (UPI). The app currently is only available on Android and it just launched a new feature called Aadhaar payments.

Aadhaar Payments: What Are They, How Can You Use Them?

First is that the person you are sending money to should have their Aadhaar number linked to a bank account. If that's not the case, then paying via Aadhaar won't work. Secondly, BHIM doesn't show the account holder's name (to prevent people from misusing the app to surface Aadhaar numbers), so double-check the number carefully before sending money.

Here's how to send money to Aadhaar numbers via BHIM app: 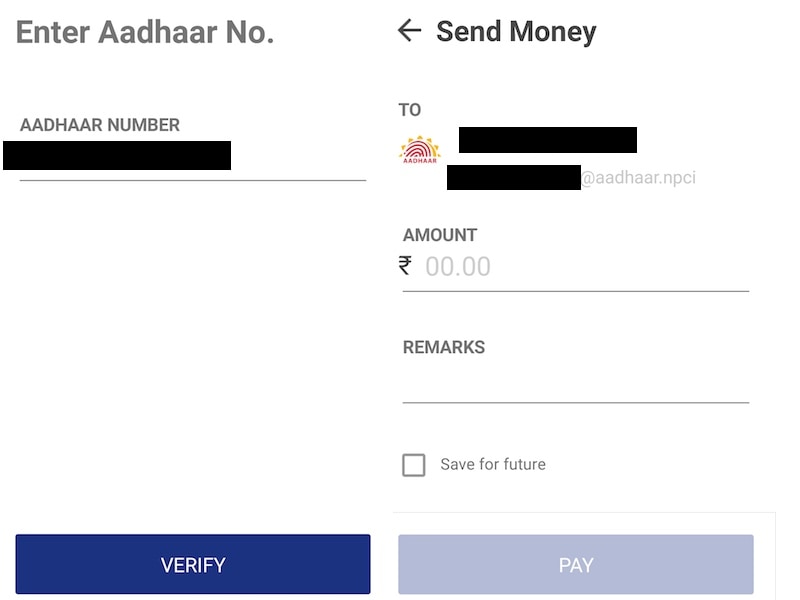 That's how you send money to an Aadhaar number via the BHIM app. For more tutorials, visit our How To section.

We discussed UPI and the future of online payments in India on our podcast Orbital, which you can subscribe to via iTunes or RSS, or just hit the play button below.

How to Send Money to Aadhaar Numbers via BHIM App
Comment