How to Check Surge Pricing Level on Uber

Not too long ago, Uber used to show the rate and the "surge” multiplier before you started a trip. This became a pain point for people using the app - most passengers hate surge pricing and plenty of people would avoid using the app if they saw the surge sign. Plenty of politicians have spoken out against it too.

But then, the company suspended surge pricing, and then later introduced 'Upfront Fares', in order to "make it easier" for customers to know how much they're going to pay. The fare still goes up when there's high demand, but thanks to the new format, the amount that this changes - the surge multiplier - is not made clear to the customer.

This doesn't matter on your regular commute - if you normally pay Rs. 100 and see a fare of Rs. 300, you're probably not going to take that cab. But what about when you're traveling in an unfamiliar location or city? If you see a fare, is that reasonable or the result of some crazy surge? How are you supposed to know? It turns out that there is a pretty simple way by which you can find out. This is what you need to do: 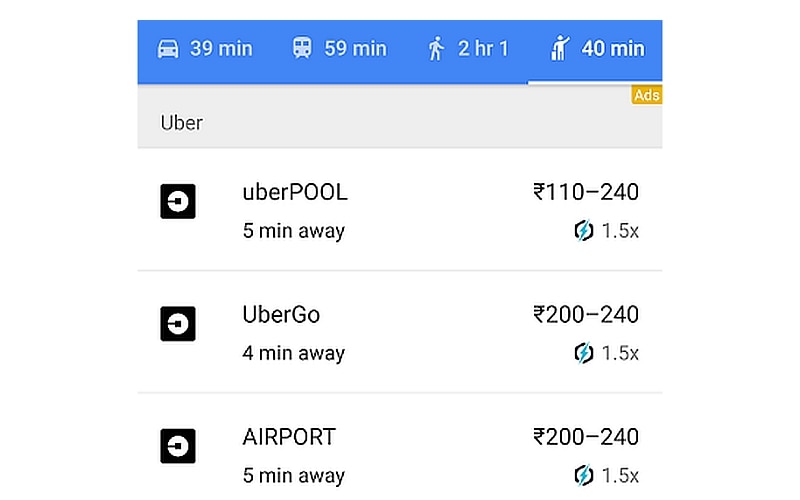 Depending up on the country you are in, you'll see a list of taxi options - Uber and Ola if you are in India, for example - along with the surge factor displayed. We tested this recently and found that it works. As you can see in the screenshot below, Uber showed a ride estimate of Rs. 192. Google Maps (above) showed a surge of 1.5x, with a fare estimate between Rs. 200-Rs. 240. Upon reaching the destination, the receipt from Uber (bottom) showed a surge of 1.4x - pretty close to Google's estimate. 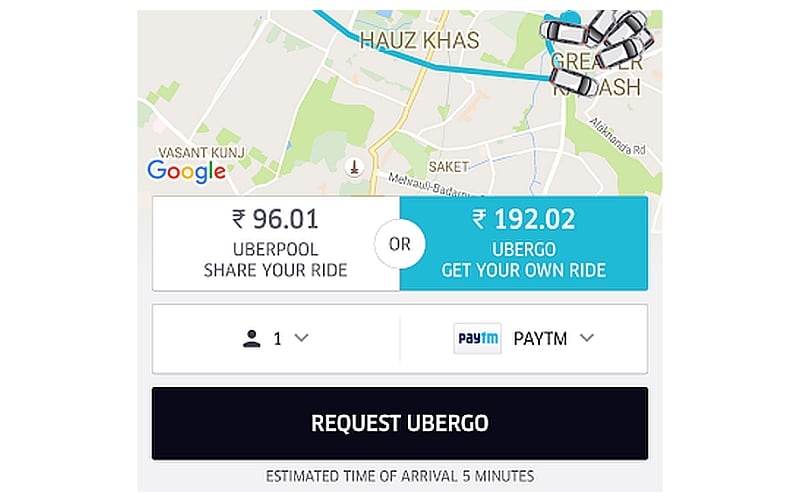 It's not foolproof certainly, but if you're trying to see whether the fare is reasonable or not, this tip can really help. Showing the surge upfront may have been unpopular, but hiding it this way is actually anti-consumer, and hopefully, Uber will be more transparent about its pricing in the future. 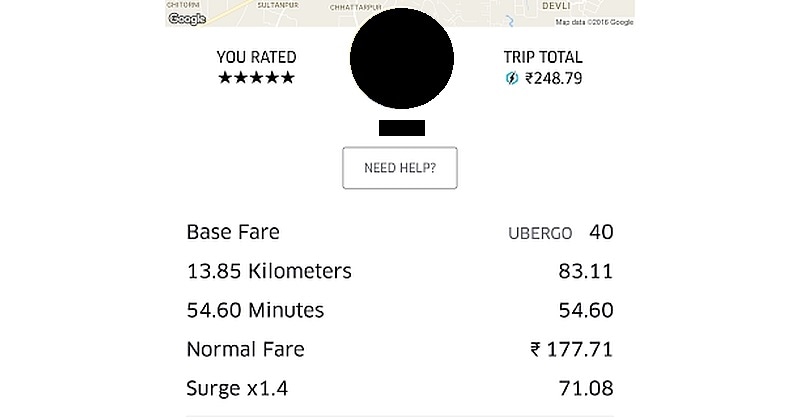