How to Change Keyboard in iOS 8 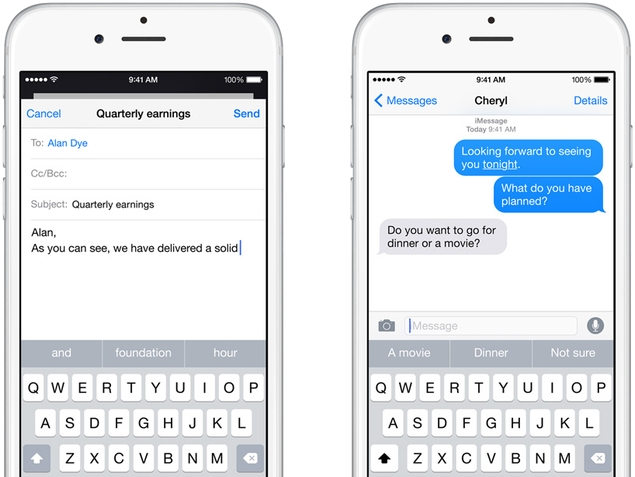 Before iOS 8, third party keyboards on the App Store had to exist as standalone apps from which you could copy and paste text into Mail or Messages. Now however, Apple allows third party keyboards to be used across all apps, and it has also launched a much-improved default keyboard - QuickType. Apple's default keyboard now supports word predictions and takes context into account when showing suggestions. A day after iOS 8 was launched, keyboard apps appeared at the top of the free and paid app lists on the App Store. If you're itching to try these apps, here's how to install, enable and disable various keyboards on iOS 8.

QuickType
At first glance, QuickType might appear to be an ordinary keyboard but it starts to show its worth after you use it for a while. It suggests words based on your typing style in different apps such as Messages and Mail. If someone asks you a question such as "Dinner or movie?", QuickType automatically suggests the words Dinner and Movie. Here's how to enable or disable QuickType's features.

2. Now scroll down and you'll see several options such as Auto-Corrections, Auto-Capitalisation, Check Spelling, Enable Caps Lock and Predictive. Flick the switch next to each one to enable or disable it.

3. In case you can't see predictions on your iOS 8 keyboard, make sure the switch next to Predictive is On.

4. You can also set keyboard shortcuts such as typing "omw" for "on my way". In the same menu, just tap Shortcuts to configure this. 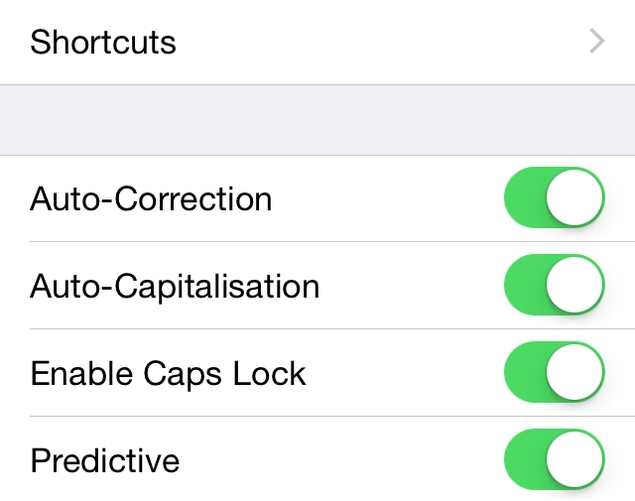 Third-party keyboards
We liked the QuickType keyboard a lot, but some people want more features, such as swipe to type. That's where the new third party keyboards enter the picture. While these keyboards offer features QuickType does not, there is a risk of the app recording and storing your keystrokes. All apps claim that they respect user privacy but there's no way to verify this.

At the time of writing this article, we also faced some issues with the third party keyboards. Lag and even crashes occurred from time to time. These issues will likely be fixed in later updates, but if you don't want to wait, this is what you need to do to get these keyboards:

1. Go to the App Store and install your favourite keyboard app.

4. Select the keyboard you want to use from the list.

5. Tap Edit at the top to change the order in which the keyboards appear. The primary keyboard you want to use should be at the top. 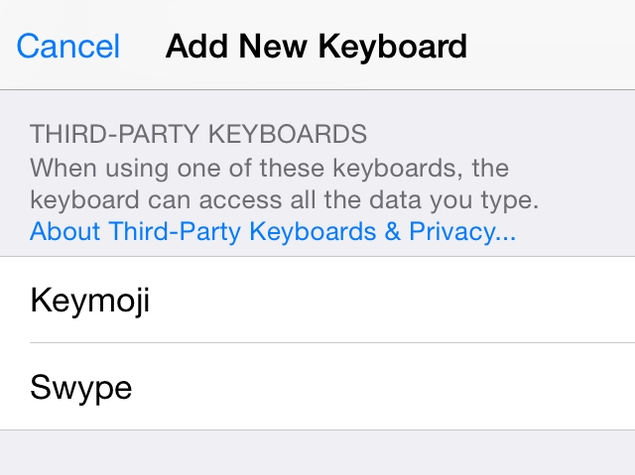 2. Select the keyboard you want to give full access to.

3. Slide the switch next to Full Access to On. To disable it, slide this switch to Off.

4. Full Access is a keyboard-specific option, so you'll have to enable or disable it individually for each third-party keyboard.