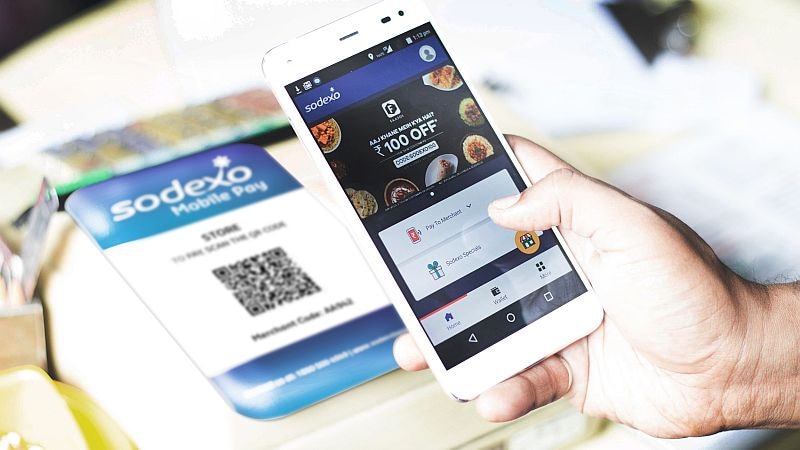 In its 20th year in India, Sodexo has had to adopt a digital approach replacing the famous paper vouchers that the company used until now. The RBI declared that prepaid meal vouchers, like Sodexo and Ticket Restaurant, must go digital by the end of 2017, and Gadgets 360 caught up with Suvodeep Das, Vice President of Sodexo, to learn more about how the company is tackling this.

Even before the RBI's mandate though, a number of startups had been experimenting in this space, with the aim of becoming the new age Sodexo replacement. On its part, Sodexo itself partnered with one such company - Zeta - to add digital solutions to its offerings earlier this year.

Das however revealed that the company had already started its digital transformation well in advance, explaining that with the scale of its operations, things have to be deployed slowly and carefully.

"It's been an incredible journey over the last 18 months," he explained. "We are present in over 1,500 cities, and are the largest digital network in India right now. We offer a closed loop network that you can use at restaurants, or at retailers like Big Bazaar, to buy your food. [It's a] proprietary system of digital acceptance that does not use the Visa/ MasterCard network."

Aside from that, Sodexo also offers a mobile app that employees can use to manage payments via QR codes, and there's a gift card that can be used anywhere the Rupay network is present.

To accomplish this, the company has been willing to pick up expertise from the ecosystem. Zeta, whose app we found to be very well designed and user-friendly, is a Sodexo partner. Sodexo consumers can use the Zeta app to make payments, identify outlets, avail discounts, and so on. Sodexo has also partnered with mSwipe for use at PoS terminals at restaurants, to make it easier for any restaurant to seamlessly support Sodexo, explained Das.

"The biggest challenge was to replicate the really huge network of merchants, and almost a year before demonetisation, 9,500 outlets across the country had never seen any kind of digital solution," he added. For many of these outlets, in small towns or dealing in low-value goods, business was fully-cash only, he added. "We had to go ahead and educate them on simple things like how to use a card," said Das. "We still have a couple of hundred people on the ground spreading awareness on how to accept that [cards and other payment methods]."

That said, the move away from paper brought certain benefits as well. "Earlier, a lot of merchants did not want to accept the paper because of the logistics involved," said Das. "With the card, suddenly a lot more people were willing to come on board."

The card itself works in three ways - one, on dedicated terminals provided by Sodexo, only used for Sodexo Meal Cards. It also works on shared infrastructure with PoS terminals from mSwipe, Pine Labs, and others. "Big Bazaar is on Pine Labs," added Das, "so you can go there and buy your groceries and it will identify which parts are to be managed under your reimbursements. We also recently piloted an IVR-based solution for Grofers, so we're going to do more of that kind of thing."

Sodexo is also working with payment gateways for online payments, "for online food ordering and non-alcoholic beverages," he added.

Demonetisation, digitisation
Sodexo will stop printing booklets from December 31, though they'll remain in use for a little longer as the existing stocks get exhausted. After that, it needs to go fully digital.

While that was not the avowed goal of demonetisation in November 2016, Das is quick to admit that the government's decision was extremely beneficial in speeding up the adoption of digital payments across all kinds of use cases.

For now, beyond the physical card, Sodexo is not looking too much into alternative forms of payments, since there's no P2P layer, although Das didn't rule that out entirely.

"Today we have IVR, QR codes, and payment gateways," he said. "The main benefit of Sodexo is a non-transferable benefit, when the money is in your Sodexo card, it can only be used for purchasing food and non-alcoholic beverages. You can't transfer it to anyone else."

"If there is any other means of payment that is compliant with this then we will look at that, but we have a network of terminals across the country already," he added. "It's a very specific need, food, and the amount of money on the card is usually around Rs. 2,200 a month, so, the mobile and card based payment system we've got right now is good enough, for now."