How Microsoft Garage Convinces Employees to Innovate After Their Day Jobs

Would you as an employee like to stay at your office even after completing your day's work? Chances are high that you will simply say no. But Microsoft found a large number of its employees are willing to work even after their day is over - whether it is to build a new program or to improve existing code, or to test a new hardware development. To facilitate all this, the company is looking to expand its Garage facilities, which had its first launch in India on Monday. Gadgets 360 spoke with the executives behind the Garage programme on the sidelines of the launch in Hyderabad to understand more about the concept.

"About 80,000 of the total Microsoft workforce participate in the Garage in one form or the other," said Jeff Ramos, Partner Director, Microsoft Garage. "It's all about the democratisation of innovation."

Ramos has been leading the Garage team since 2014, and throughout his tenure so far, he has found "tremendous" response from employees working at different Garage facilities and building their own projects. "It's quite phenomenal where we only had few dozens of people in the first stage of the Garage who were working on projects and thinking about things, now have been tens and thousands of people working on various projects," he added.

Ramos was in India for the launch the Garage facility at Microsoft's India Development Centre in Hyderabad. This new 8,000 square feet facility is its second-largest, after the 11,000 square feet Redmond facility, and is the sixth 'Garage' worldwide. Ramos also revealed on Monday that Microsoft is planning to launch a second Garage facility in India in Bengaluru within this calendar year. 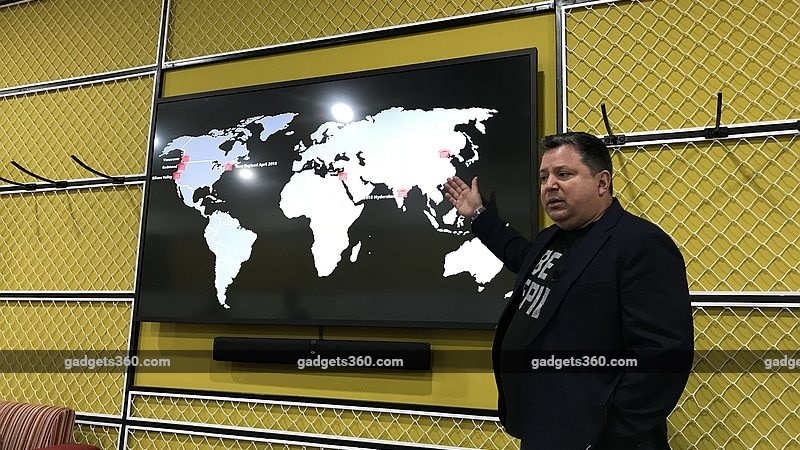 "India is the place in the world, outside North America, where we have great people with creative ideas," he explained.

The idea is to emphasise the creativity of the people working at Microsoft, and there are no specific rules for people working on their own ideas. "As a principle, we don't want to imply our own rules on people because we have enough structure and process at Microsoft and what we just want to say is pursue your ideas," Ramos said.

The global Garage team led by Ramos is also set to bring developments such as Entrepreneur Incubator Programme to India that will boost new innovations. In terms of existing resources, the facility has three dedicated lab sections, including a Hub for hackathons and workshops; a Makers Space and Advanced Makers Space with electronic workbench, 3D printers, laser cutter, and PCB milling machine for creating prototypes; and a Reality Room for developments around Augmented Reality (AR), Virtual Reality (VR), and Mixed Reality (MR). There is also a dedicated space and equipment to enable deep learning developments. Moreover, a Ship channel is set to be utilised to help employees take their projects to the market easily. 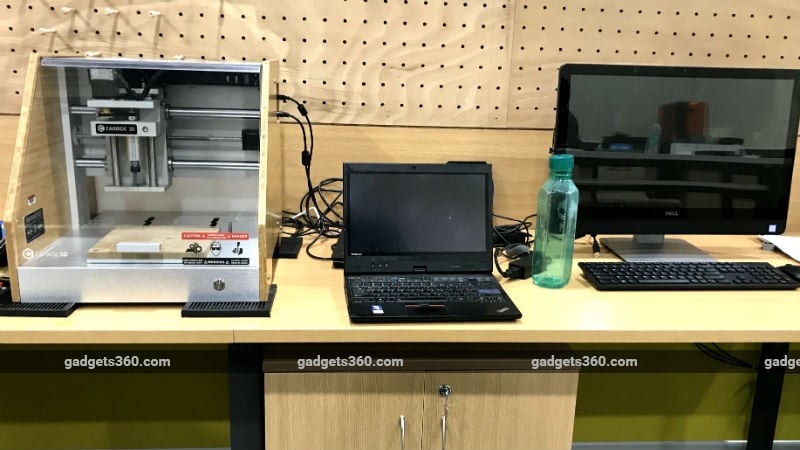 Reena Dayal Yadav, who's heading the Garage programme in India, emphasised this too. "Sometimes there are projects that require multiple teams then also people sometimes use the Garage to figure out what else needs to be done," she explained. "So, when you start an idea, the idea evolves as the conversation moves forward and PoC (proof of concept) moves ahead. It can take many shapes."

Some of the things that have already come out of Microsoft's Garage initiative in India include apps like Dictate, Face Swap, Favourite Lock Screen, and Kaizala among others. Also, there are several different focused groups, which the Garage team calls Chapters, that are specifically designed for areas such as artificial intelligence (AI), robotics, and quantum computing. These groups meet on a regular basis to discuss various ideas and resolve problems of employees working on distinguished projects, Yadav added.

The big draw is that people get to choose their own projects, and whom they are working with, rather than the structured teams and topics they are normally working on. The Garage team helps the participating employees providing required resources and showing avenues to market the solutions. The team also assist employees to file patents. "In the last couple of years, we have seen more and more projects that are fully functional proof of concepts and are totally operational," said Ramos. "In those cases, what we tend to do is to set focus or attention on getting them to customer trials or customer tests."

While many of the projects developed under the Garage programme are available globally, some of them are being tested locally at this stage. The SMS Organizer app, for instance, is one such project that has so far been available only in India. But Yadav added that this doesn't mean that the app will continue to be exclusive to the Indian market in the future. 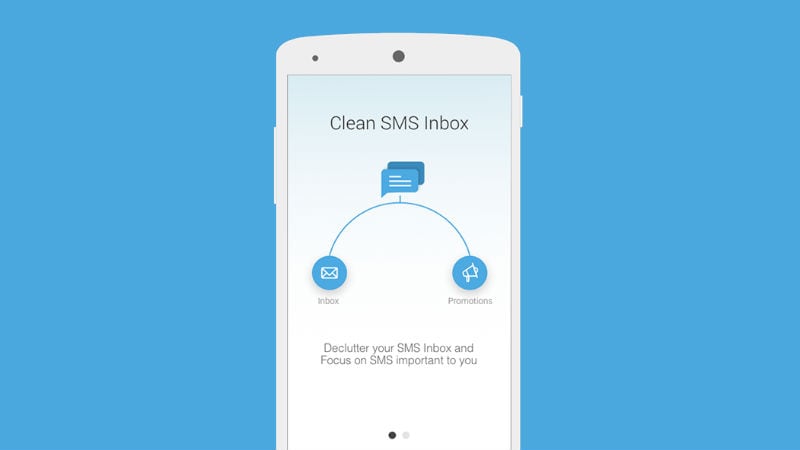 SMS Organizer is one of the leading Garage projects in India

"We have plans to take SMS Organizer forward globally," she said. "We just selected India because we wanted to launch it in a select group and see the initial response, and we chose India because it's easier here since its development team is also located in India." The app, which categories messages under Personal, Transactional, and Promotional segments, has now been beta tested with Indic language support. "We need to study on a case to case basis and take a call whether a project should launch locally or globally," Yadav added.

SMS Organizer is one of the Garage projects that was developed months before the formal launch of the Hyderabad facility. "The idea of SMS Organizer was submitted in a hackathon, it's not related to the day-job of the people. That's why they looked for a channel where they could build this up and still add value," Yadav said.

While the ultimate goal of all the global Garage facilities is to help employees succeed with their ideas, the presence of local employees at the facilities brings local focuses. "The model is similar around the globe in terms of how we operate, but we are indeed doing things slightly on a case by case basis," said Yadav. "The focused groups that we've decided in India are different from what China or Vancouver has - at least one or two groups will be different. So those differences which suit our local needs will be different, but the entire structure is definitely the same," she added.