Google Chrome Automatically Signs You in When You Log in to Gmail or YouTube - Should You Be Worried? 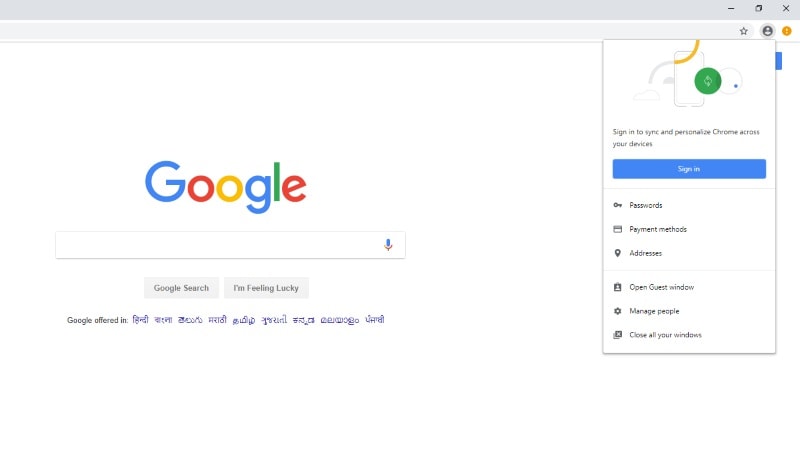 Google Chrome is by far the most widely used Web browser in the world, across desktop and laptop PCs as well as smartphones. Multiple leading analytics firms peg Chrome's market share at between 59 and 67 percent. For perspective, its nearest competitor on smartphones is Safari, and on the desktop is Internet Explorer, both of which come in at between 11 and 15 percent - barely a quarter of what Chrome commands. The sheer number of people who use Google's browser throughout each day is astronomical. All of them trust Chrome, and it's fair to say, assume it can be used independently of Google's many Web services.

Now, however, the search and advertising giant is blurring the lines. Version 69 of Chrome was released earlier this month to much fanfare around its overhauled design, but it also quietly changed how users' credentials are handled. Previously, you could associate a Google account with Chrome in order to store your browser history, passwords, settings, and payment details in the cloud, and have them available and synchronised across multiple PCs and other devices. This was completely independent of whether or not you were signed in to any of Google's services such as Gmail, YouTube, Google Drive, and Google Maps within the browser - or even used them at all.

The line had always been pretty clear - the browser is only a way to look at content on the Web; it takes you there but doesn't invite itself to the party. Although most people would use the same Google account to sign in to Chrome as they would for Gmail or YouTube, one did not require the other. You used to be able to safely ignore the little user profile icon if you didn't want Google vacuuming up your browser history and other potentially sensitive information. Given the criticism that the search and advertising giant has faced over the years for tracking user data and burrowing its way into every part of our lives, that has been a valid concern for many people.

Now, what Google has done with version 69 onwards, is automatically sign you into Chrome whenever you log in to any Google service. The little user profile icon on Chrome's toolbar immediately changes to your Google Account profile picture, and if you sign out of the browser, you're kicked out of all your Google services as well.

Google claims that this is actually a good thing for several reasons. First of all, the company seems to think that people were becoming confused about who was signed in to what when they shared a PC, and so having browser-level user profiles will let them protect their accounts. Secondly, Google says that signing in and out of Chrome will let users manage all their Google services in one shot. However, Google accounts have stayed signed in on a browser for ages now - if you're signed in to Gmail, even without it being open in a tab, you'll automatically be signed in to YouTube when you visit youtube.com, and vice versa.

In fact, this change seems to make handling multiple Google accounts even more complicated. Many users have more than one account, and some might be juggling personal as well as work identities. Now, you might think you're using one set of services, but you're signed in to Chrome with a different identity. Being forcibly kicked out of all your Google accounts when signing out of Chrome is the complete opposite of convenient. Also, Google has not clarified whether being signed in to multiple accounts means that your data is merged between them.

In response to user confusion that first surfaced on Hacker News, Google Chrome product manager Adrienne Porter Felt posted a series of tweets today, explaining that while you do get signed in to Chrome, data is not synced unless you specifically enable that function.

As many critics have pointed out, the user interface here is not exactly clear. The highlighted 'Sync as' button looks like it might be telling you that synchronisation is already on. Moreover, the option to sign out of Chrome is buried in a tiny submenu. If you do click the button to enable syncing, you're shown a dialogue box that tells you that your history, passwords and settings are now being synced, and the ads that you see are being personalised - without asking for confirmation.

On the plus side, there's a tiny Settings link that lets you pick and choose what is synced, and from there you can click through to Google's account settings page where activity tracking can be disabled. We wish we could set these options before allowing Google uploads all our information. We also wish that Google would make its Chrome Privacy Whitepaper documentation more widely known and more accessible to average users. This document does clarify a few things, but it's long and convoluted.

There is one scenario in which Google's decision makes sense. If you've been using a Google service and have closed all windows, you might not realise that you're still signed in. Someone else using the same PC might be able to accidentally (or deliberately) get into your private data. With a reminder right within the Chrome UI, you're less likely to make that mistake. However, this begs the following questions: Why does this indicator function require being signed in to Chrome? If synchronisation and personalisation are not immediately enabled by signing in, then what other purpose does it serve? What is going on when you're signed in but haven't enabled synchronisation yet? We've asked Google these questions directly, and are hoping to get answers.

Effectively, Google has changed what it means to be signed in to a browser. The company's business model depends on tracking user behaviour better and building more and more detailed, specific user profiles about each individual on Earth. Critics would say that this move has less to do with convenience, and more with getting people used to being signed in all the time so that they can be tracked better.

Unfortunately, Google's move will fly completely under the radar for a huge number of users. They might notice the visual change, but not think anything of it. It's extremely important in this day and age that people realise where their private data is going and how giant corporations such as Google are watching their every move.

If you're extremely concerned about privacy, chances are you're already trying to reduce dependency on Google as much as possible. It's likely that a lot of people will consider changing browsers, and that creates a huge opportunity for Firefox, Microsoft Edge, Opera, Vivaldi, Brave, and others.

As Netflix and Amazon Splash the Cash in India, Eros Now Doesn't Want to Be a 'Side Hero'
Instagram Says Not Working on 'Regramming' Feature