There are almost too many ways to send a quick message to someone right now. Most people have a collection of apps on their phones now to connect with all their contacts – from the ubiquitous WhatsApp and Facebook Messenger, to Telegram, Hike, Hangouts and many more such as Viber and WeChat to name just a couple. Google clearly felt there was room for one more, because it's launched Allo for Android and iOS. Gadgets 360 had a chance to try out Allo for around a week before its release, and also spoke to Amit Fulay, Project Manager for Real Time Communications at Google.

Allo was announced alongside Duo, a fast and simple video chat app, at this year's Google I/O, as apps designed to enhance its messaging capabilities. This doesn't mean that Hangouts is going away – it is multi-platform, unlike Allo and Duo, which are mobile-only. But according to Fulay, Allo and Duo are more focused on personal communications, compared to Hangouts, which is well suited for productivity and collaboration thanks to features like Calendar support that appeal to Google Apps users.

Though both Duo and Allo are consumer-focussed, there are important differences between the two. Duo calls are fully encrypted, while Allo is not encrypted by default (though there is an option for this) so as to allow for Google's new Assistant to help you in your conversations, and to add other smart features that would not be possible in the case of an encrypted conversation. That is also what leads to the second difference – your Duo account is only linked to your phone number. Your Allo account on the other hand is also associated with your Google account – you can disable this, but the Assistant draws on the other things Google knows about you in order to be more useful. You can disconnect this and still use Allo, but without the 'smarts', taking away a key feature of Allo.

You can also use Allo in incognito mode, where your messages aren't logged and the chat is fully encrypted, but this also disables the same smart features. This means that if you're getting the most out of Allo, it's on the unencrypted channel, and Google is storing those messages indefinitely. It had originally stated that Allo will keep only temporary message logs, but is now going to be logged in order to improve the Assistant and Smart reply features. 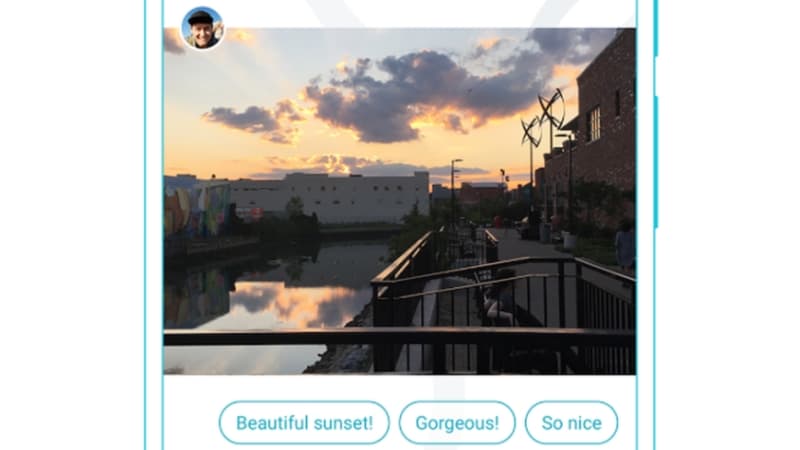 "Allo is a smarter messaging app, with machine intelligence and our natural language processing advances from search," explains Fulay. "Smart reply – which we first built for Inbox gives real time suggestions to quickly reply to a message based on your responses, and it learns over time."

"And Assistant is a conversational interface for Google" he adds. "It'll come to Google Home and new devices from Google, but it's starting with Allo." The way it works is that you can either directly invoke the Assistant – in the text field, just type '@google' to ask your question and the results will come as cards that everyone in the chat can see – or it will use its own smarts to determine whether it should show results or not – for example, chat with someone about meeting for lunch, and it might show nearby restaurants. 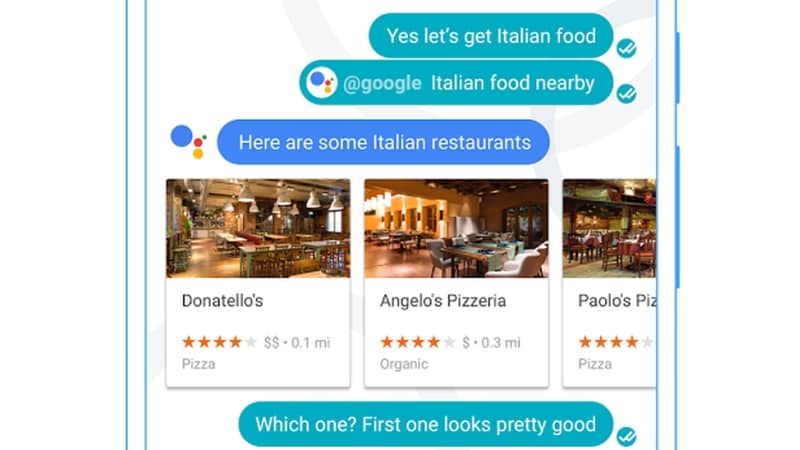 "I actually miss this [Smart reply] when I'm not using Allo," adds Fulay. "If I use any other messaging app I miss this because it really keeps the conversation going."

However, in our own experience, smart replies aren't that smart to begin with. It probably requires more than a week of training with just three contacts using Allo, which is how we used the app, but for now, it looks much pretty standard, with the addition of being able to call on Google in the middle of a chat. Which is still pretty useful actually – we made a plan to meet a fellow Allo reviewer who is visiting Bengaluru, looked up restaurants, showed the route and traffic, and although it can't call an Uber, it was able to pull up a prompt to launch the app. After the public launch and a wider spread of users, we might see Allo learning more and becoming even smarter.

On Fulay's phone, he demonstrated smart replies to show how they work after you've used Allo for a little longer. He shows us how it responds to a picture by offering a suitable response – a picture of eggs, sunny-side up, doesn't just end with a description of the image, it also offers the response "yummy". It's also able to show quick responses to a number of different common messages, which are short enough to actually seem real. One might wonder if this paints a picture of a future where it's just going to be bots talking to each other in place of a 'real' conversation, but you have to admit it's kind of convenient.

Allo also has an interesting feature called whisper and shout – essentially, you can change the size of text or emoji – holding the send button reveals a slider that allows you to easily change the size of things. You can emphasise posts (shout) by sliding up to make them bigger, or make them small (whisper) by sliding down – it's a small thing but it adds a bit of flavour to the messaging – you could convey excitement with a shout, or make a sarcastic joke but keep it in a small font so people know you're not really serious. Apple has added similar features to iMessage with iOS 10, and we welcome anything that adds extra nuance to text messaging. 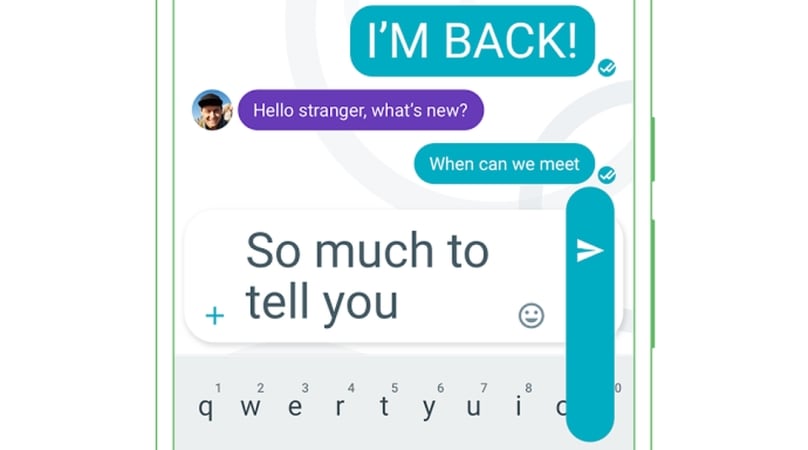 Google also allows you to share images, scribble notes on images, send stickers, and has a sticker store, again similar to what iOS 10 has brought to iMessage users. These are pretty much par for the course now, and work exactly as you would expect. The smarter parts of the messenger are pretty much the reason to use it – when the app does something on its own it is slightly magical. Google needs to make Allo a little more predictable though, since it's hard to say what it will offer smart responses to, but perhaps that will improve over time with more usage. People who value privacy however will find it harder to like Allo.

Unlike Duo, Allo is not encrypted, though there is the option to enter into incognito mode. The chats are encrypted, and there is an expiry timer to chats so they disappear after a set time limit. The catch is that you lose out on the features that make Allo appealing in the first place. If you're doing that, why not use an app that makes privacy a headline feature instead? Fulay says that it's a tradeoff Google sees most users preferring.

"Obviously we use TLS even in non-incognito chats," he adds, "it's a value trade off, and Smart reply and Assistant bring a lot of value to the users. And it's still easy to go incognito whenever you want to."