Flock Announces FlockOS in an Attempt to Take on Slack

Chat is eating the world. Many of us spend more time on WhatsApp than Facebook, and use a team-messaging app such as Slack far more than email. Flock is a (roughly) two year old app in this space that wants to become a key player by focusing on Indian companies and creating a culture for team chat in the country. Gadgets 360 caught up with Flock founder and CEO Bhavin Turakhia just before the launch of a new feature that the company calls FlockOS, to find out how it's been faring and what the launch means.

We first spoke to Turakhia in September, when he touched upon a wide variety of topics, including the comparisons to Slack and why he was optimistic about growth. At the time, Turakhia had mentioned that Flock had around 50,000 daily active users. Asked the same question again, Turakhia told us that the app has around 40,000 to 50,000 users, which means that in the last three months, the numbers haven't really improved for the company.

"We were working on getting the product just right," Turakhia counters, "and we didn't really start promoting it up until about a month or so ago. So we're going to see the growth taking place now." 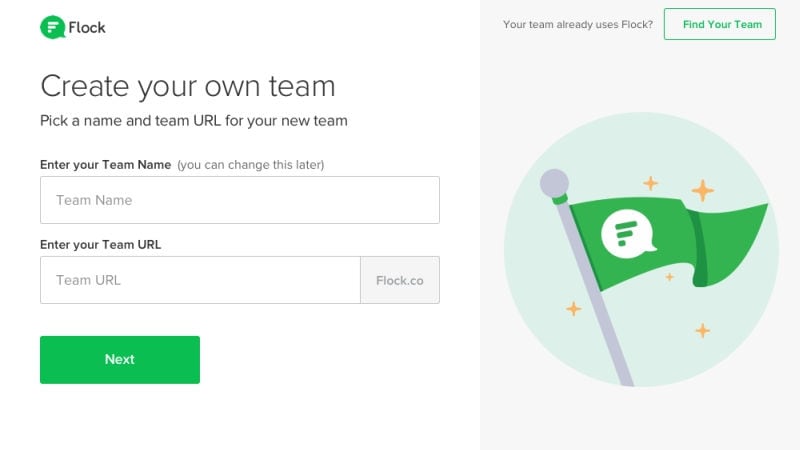 All of this ties in to the new announcement, FlockOS. The company will now let third-party developers create integrations that are powered by Flock. "Earlier, there were a few things like polls and video conferencing that were built on top of Flock as apps," Turakhia explains, "but those were built by us, or there were a few other things that weren't made in house, but that was through a closed beta testing process. Now, we're throwing the doors open to anyone [to build these integrations]."

This, Turakhia believes, will allow chat to become the centre of your work life, just the way it is the centre of your personal life. "You can now send messages and HTML attachments," he explains, "so you could set up an NDTV app that delivers headlines to people. You can add buttons, or set up slash commands, allowing people to interact in different ways."

"You can even create a bot, which can be used to automate a lot of workflows," adds Turakhia. "So suppose you're setting up a company team, and you want to be able to automate leave requests. Instead of having a separate website where you have to go an log in, and the work through a lot of menus to find something, what if there was an HR bot, and you told it in normal language that you're taking the next three days off, as casual leave, and this takes care of all the official back-end. It can even send a chat message to your manager, who again just has to click on a button to accept or deny the request, without going into the system either.” 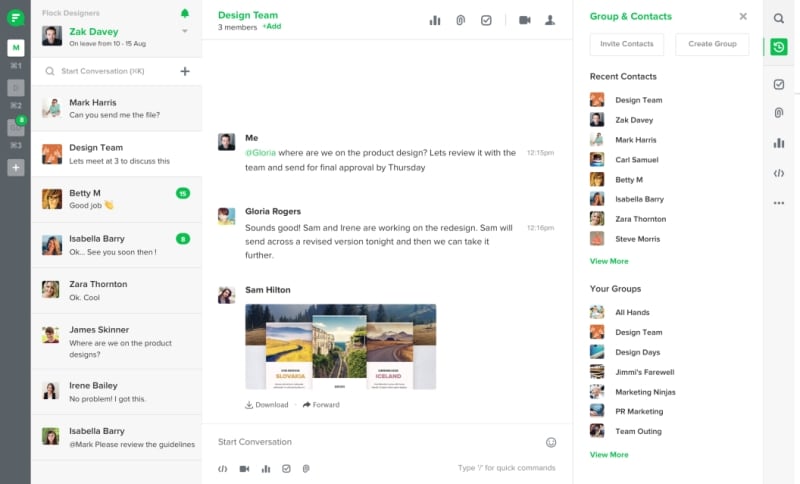 Part of the challenge with something like this would of course be convincing companies of the value of developing for the Flock platform, and then helping them with the implementation. Turakhia says that Flock is not working on building specific integrations for companies, but that as more developers get on to the platform, solutions like this would become easier and easier to find.

"We have no real restrictions on the store, beyond consistency with the UI, security compliance, and no spamming the users," says Turakhia. Further, Flock's next goal is to make the platform a monetisable marketplace for developers.

"Just like on Google Play, there are some free apps and some paid ones, and if you want a paid app, the store handles everything and just takes its fee and passes on the money to the developer," he says, "we want to do this as well. So a developer who makes something very useful to businesses would be able to make money of it as well."

Of course, the elephant in the room remains Slack. Although Turakhia believes he has a better product, the numbers right now do not look good for the Indian company. However, he believes that we're in the early days of messaging right now, and adds that the market is so underdeveloped that there's room for everyone to grow.

"We will become the default OS for team apps. Anyone can create their own team apps without verification, unless they are uploading to the FlockOS app store," he explains. "Teams, organisations, and any other group of users could find Flock useful, and there's so much scope here that you can't really worry about competition."

Further reading: Team chat, Messaging, Enterprise messaging, Chat apps, Chatbot, Flock, Flock vs Slack, FlockOS
Gopal Sathe Email Gopal
Gopal Sathe is the Editor of Gadgets 360. He has covered technology for 15 years. He has written about data use and privacy, and its use in politics. He has also written extensively about the latest devices, video games, and startups in India. Write to gopal@ndtv.com or get in touch on Twitter through his handle @gopalsathe with tips. More
TRAI Chief Bats for Low Charges to Promote Digital Payments
Blade Runner 2049 Gets First Teaser Trailer, With Ryan Gosling and Harrison Ford