There are plenty of cricket games on Android and iOS, but very few that are actually worth downloading. We trawled through the depths of the Google Play and the App Store to find five cricket games worth your playing so you don't have to waste the time on anything else that aren't called Stick Cricket. Don't get us wrong, it's a fun game but it lacks a sense of depth and engagement that these other titles bring to the table which its simplified approach just cannot match. If you're a cricket lover, then you should be playing these five games on on your iPhone, iPad, or Android devices.

1) ICC Pro Cricket 2015
The "official" ICC Cricket World Cup video game, ICC Pro Cricket 2015 was released by Indiagames, an Indian studio with a lot of experience in making cricket games. It features a unique bowling mechanic that has you tracing the ball's trajectory on the screen, which makes for an immersive experience. Batting requires you to tap to chose between a ground or a lofted shot, as well as choosing the direction.

It can take a little getting used to, but this free mobile game looks amazing. Motion capture has been used to create realistic graphics, and you also get elements of management and simulation gameplay.

Indiagames also has ICC’s official Cricket World Cup license ensuring that you have over 150 official players from 14 teams. What this means is you won't be playing as "MS Dhobi", but as the real MSD. This game is a must for the real cricket fanatics reading this.

ICC Pro Cricket 2015 is available on Android, iOS, and PC.

2) Real Cricket 16
Although Real Cricket 16 might seem like a minor update to Real Cricket 14 rather than an entirely new game, this title has tons of new features and some exciting additions. Chief among these is the option to insert yourself into iconic moments of cricketing history, such as Javed Miandad's historic last-ball six against India at Sharjah, or Sachin Tendulkar facing Shoaib Akhtar at the 2003 ICC Cricket World Cup.

The gameplay veers towards simulation, but it is extremely engaging even for beginners - and with the latest update reducing the number of ads you’ll see, it’s well worth downloading. Developer Nautilus also has plans to add additional game modes and features in the weeks to come.

Real Cricket 16 is available on Android and iOS.

3) World Cricket Championship 2
World Cricket Champion 2’s developer, Nextwave Multimedia, claims that this is a game made by cricket fans for cricket fans, and this seems to be true. Little touches like a bowler’s confidence meter, which increases with each dot ball and wicket, to a player attribute system and a stunning number of animations, give it an almost obsessive level of detail.

Although the game has been out since last year, it has gotten a steady number of updates including DRS (decision review system), new stadiums, and additional control options. With over 40 plus in-game camera angles, four tournaments and the ability to form gangs with friends to complete challenges, it’s one of the most, if not the most, feature complete game on this list.

World Cricket Championship 2 is available on Android and iOS.

4) Rohit Cricket Championship
One of the newer entries on our list, Rohit Cricket Championship is, as its name suggests, a licensed cricket game based on India’s Rohit Sharma. It lacks the gameplay and features of some of the other titles on our list, including bowling and team management, and looks strikingly similar to Real Cricket. However it has one massive selling point - its easy controls. 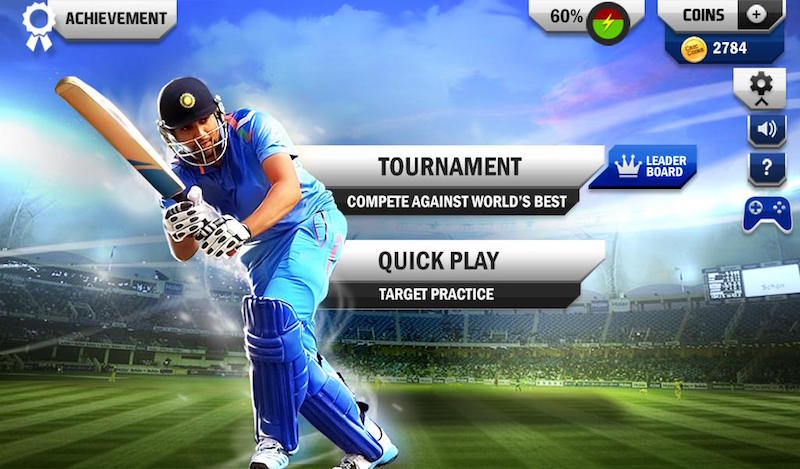 You only need simple drag, hold, and release gestures, making batting a breeze. There are a host of challenges to ramp up the difficulty. Rohit Cricket Championship is worth checking out if you’re looking for a quick, entertaining round of cricketing fun. 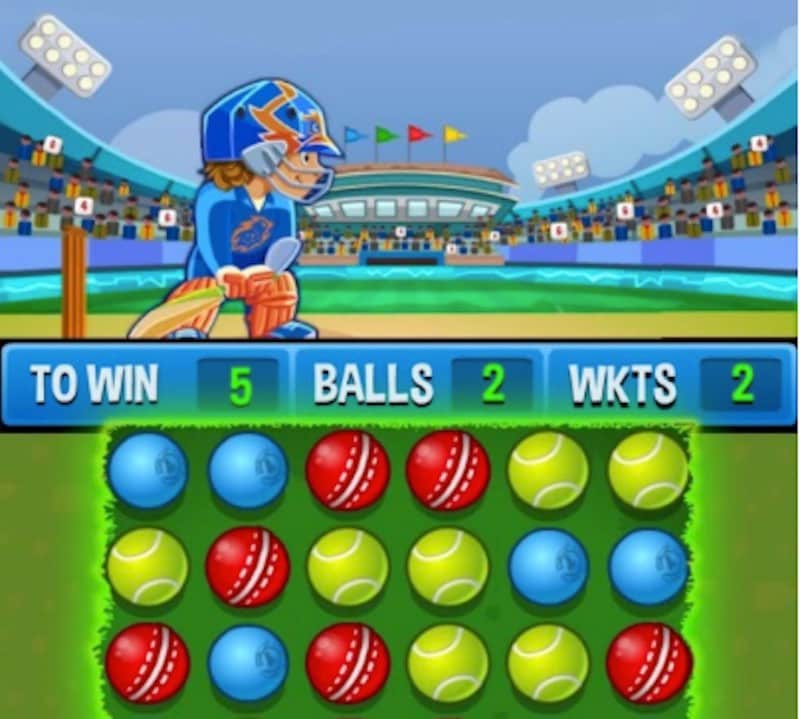 Rather than that being dependent on your reflexes like most sports-themed games, you’ll be connecting balls of the same type and colour in this game. The longer the chain of connected balls, the more runs you score. And when you hit or exceed the required number of runs in the allotted number of turns, you will proceed to the next level. Cartoony effects, tongue-in-cheek presentation, and useful power-ups add to the fun, making this one of the better genre mash-ups we’ve seen in a while.

Cricket Rockstar is available on Android.

Which of these games sounds best to you - and have we missed out on your favourite? Let us know via the comments.