Beyond IRCTC: Apps and Sites That Make Train Travel Better 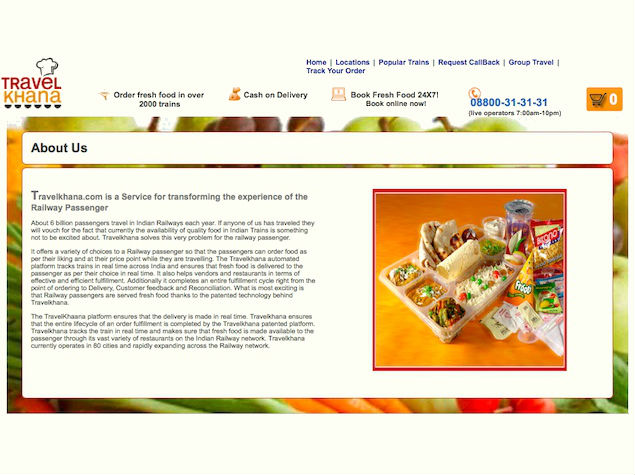 The Railway Budget 2014, presented on Tuesday is being seen as a mixed bag, but it addressed a lot of digital developments. The budget laid plans for Wi-Fi in stations and on trains, and also discussed upgrade of IRCTC's online ticketing infrastructure, raising the number of bookings from 2,000 per minute to 7,200, and supporting 1,20,000 simultaneous users. Setting up regional food courts, and letting people order the food via SMS or email while on board the train could have a big impact, while a mobile-based wake up call, and destination arrival alerts could come in very handy for travellers.

Some of these facilities are already available thanks to private companies. We took a look at the best websites and apps for people traveling on trains, which can make rail journeys better. Here are five of our favourites:

1. Travel Khana
The new Railway budget has made provisions for improving the quality of food on the trains, which includes ready-to-eat meals of known brands and improved and modernised regional food courts that'll let you order food using SMS or email. You can already get food delivered to your train though, thanks to Travel Khana, a Web-based service which lets you place an order and then track the food until delivery when the train reaches the selected station. For example, if you select the Punjab Mail between Delhi and Mumbai, then Travel Khana lets you order breakfast at Gwalior, lunch at Jhansi or Bhopal, and dinner at Itarsi or Khandwa, with multiple restaurants at each location. At present, Travel Khana has ties with over 1,000 restaurants across India, and offers food deliveries to trains in 80 cities, and has options for group bookings.

2. Indian Train Alarm
Another item in the budget is a mobile-based wakeup call systems, and destination arrival alerts. This will be very useful for travellers who need to disembark at stations late at night, to make sure they don't miss their stops. In case you want to take advantage of this facility right away, the Indian Train Alarm app can help make sure that you're up when your station is approaching. Available on the Google Play store for free, the lets you set an alarm based not on the time, but rather location. You can choose from over 2,500 Indian stations listed in the app, or mark your station on the map.

Making use of the location services on an Android-based smartphone, users can set alarms that go off 5, 10, 15, or 25 kilometres from the chosen station, with a half kilometre margin for error. The best part about the app is that it works even without Internet access. 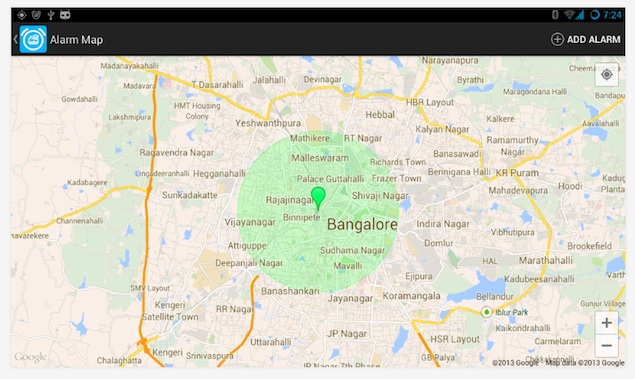 3. Rail Radar
Rail Radar is a service that was initially launched by the government, but the plug was pulled on the programme last year. Luckily, it was relaunched by Rail Yatri, the company that made the app. The service lets you see where all trains in the country are, in real-time, on a map. It uses different colours to mark trains that are running on time or running late, and you can track individual trains. Rail Yatri also has an Android app which features live train information, integrates with Travel Khana for food bookings and includes features such as a speed check for your train. 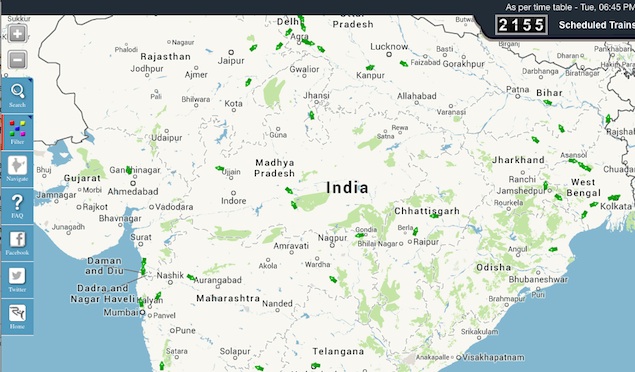 4. NTES (National Train Enquiry System)
If you don't need to see the trains on a map and just want to quickly check timings and status, then the NTES website and Windows Phone apps are a good choice instead. You can check train statuses on the website and via the app. It allows users to check the timings for trains, or get live updates from stations, train schedules, and check for cancelled, diverted or rescheduled trains. If you're an Android user, you can instead use the Indian Train Status app, which uses information from the NTES in order to provide similar information to the users, in addition to a Launch Map feature that launches the default Android Maps application and uses Google maps to show real time location of the selected train. 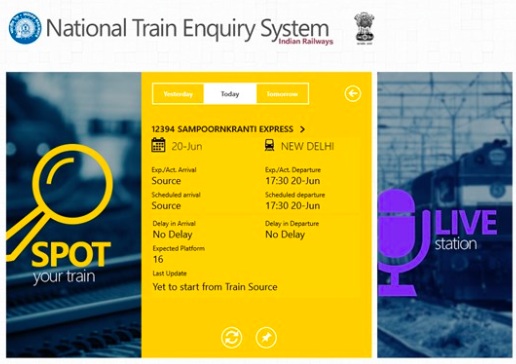 5. PNR Status Rail Flight Tracker
This app from online travel agency Ixigo is available for free on the Google Play store, and helps you stay on top of your travel plans. It can check your inbox for messages from IRCTC (and also major airline booking sites) and find all PNR details. Once that's done, the app keeps a record of your travel dates, and helps you view, manage and track your trip status. The app can also alert you if a booking changes status (from wait list to confirmed) and also informs you about delays or cancellations. In case your PNR isn't in your inbox, you can also add it manually, and then track all updates.

These are our five favourite sites and apps for train journeys, but if you have a favourite that we missed, let us know in the comments.