Feeling Poorly? The App Will See You Now

London-based start-up Babylon Health said it had put its artificial intelligence technology to the same tests that doctors sit on Wednesday, and showed it could outperform most physicians in assessing symptoms.

Babylon, which was founded in by entrepreneur Ali Parsa in 2013, said it aims to offer health advice of family doctor quality by using AI delivered through a smartphone app.

Its AI-powered chatbot tackled a representative sample of questions set by the Royal College of Physicians for its final exams to qualify as a family doctor, achieving an 81 percent success level, well ahead of the average pass mark over the last five years of 72 percent, the company said.

In a separate test against seven highly experienced primary care doctors, Babylon's AI correctly diagnosed 80 percent of illnesses, against a range of 64-97 percent for the professionals, it said.

Parsa said the results demonstrated that Babylon's AI could help bring healthcare to millions of people who have no access to even basic services.

"Even in the richest nations, primary care is becoming increasingly unaffordable and inconvenient, often with waiting times that make it not readily accessible," he said.

"Babylon's latest artificial intelligence capabilities show that it is possible for anyone, irrespective of their geography, wealth or circumstances, to have free access to health advice that is on-par with top-rated practicing clinicians." 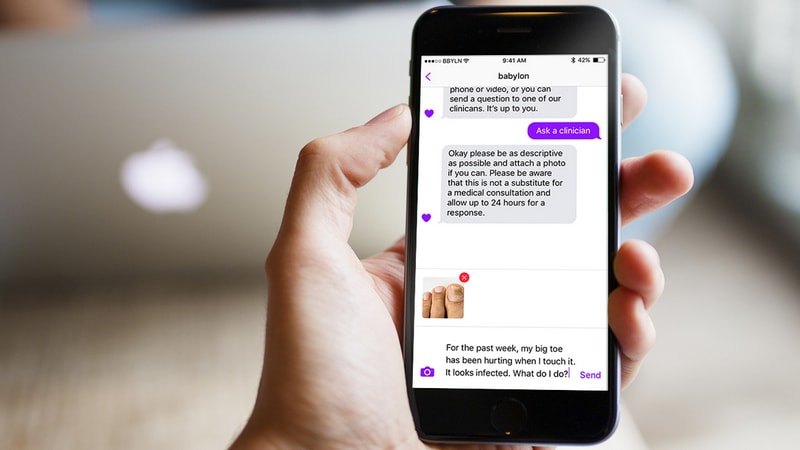 Babylon is one of a number of start-ups tapping into the promise of AI to help patients and doctors sift through symptoms to come up with a diagnosis. Others available in the UK include Ada and Your.MD.

Smartphone diagnosis is only one way in which AI is being harnessed in healthcare.

Elsewhere, medtech companies are already using the pattern-spotting power of computers to help interpret medical images, while many drug companies are increasingly investing in AI-driven techniques in drug discovery.

Its app is allowing users in London to book appointments with family doctors in seconds, it said, and have a video consultation typically within two hours.

It is also helping more than 2 million people in Rwanda access digital healthcare, which it said gives the East African nation the highest penetration of digital health in the world.

Feeling Poorly? The App Will See You Now
Comment