Fashion apps helping the stylish find what they desire

Like the music app Shazam, which identifies songs based on sound clips, new fashion apps use photos and image recognition technology to find similar clothing.

"People see items they like on the street but can't really go up to the person wearing them and ask where they got them," said Daniela Cecilio, the chief executive of London-based startup Asap54.

With the Asap54 app for iPhone, which was launched last month, users take a photo of an item, or upload an existing one, and describe what it is to help the app identify it. The app recommends something similar from more than 150 retail partners across the United State, Europe and other countries. 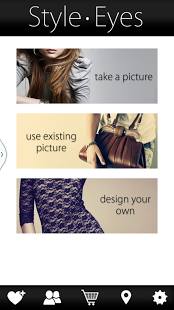 The Style Eyes app for iPhone and Android also uses a photo to find the desired or a similar item, which can be purchased from its catalog of 600 retailers in Britain and 300 in the United States.

Mark Elfenbein, chief digital officer of Toronto-based start-up company Slyce, said its image recognition technology integrates with retail brands so shoppers can find things by taking a photo with their iPhone or scanning an image from their desktop.

"The way brands are trying to communicate with customers is changing. Historically, they would lure customers to their stores or websites, but now we're seeing that brands want to create transactions in other places too," Elfenbein said.

The technology recognizes information such as how far apart buttons are, and fabric and stitching to help power visual searches.

But image recognition is still inexact and depends on the quality of the photo and other factors, such as lighting. To overcome the drawbacks Elfenbein said, Slyce uses a mix of technology and crowdsourcing to improve its search results.

Other apps making shopping easier include Pounce for Ios, created by Tel Aviv-based company BuyCode Inc. It allows consumers to buy items directly from retail advertisements from stores such as Lord & Taylor and office supply company Staples, Inc by hovering their smartphone camera over an image.

With the eBay Fashion iPhone app users in the United States and Britain can upload an image to find similar items available for sale on eBay.

For consumers more interested in renting than buying, Rent the Runway's iPhone app uses a photo of an item seen in a store to find something similar that customers can rent instead.

Fashion apps helping the stylish find what they desire
Comment