For Evernote - and, indeed, many other apps around the world - growth in the US and Japan is slowing. As the smartphone markets get saturated, it’s getting harder for app companies to onboard new users. That’s why companies are now turning their eyes to markets such as India and China to fuel the next stage of growth. But this brings up an interesting problem – can a product that has already matured and evolved in markets such as the US and Japan, then grow quickly in developing markets where it may be seen as daunting and too complex, since it’s no longer the simple version that became popular?

That’s a problem that Evernote has to answer right now. Ken Inoue, GM APAC and Japan at Evernote spoke to Gadgets 360 over the phone about how the company has been refining its product, what challenges it sees in the immediate future, and how it is working to overcome them.

“Evernote has a lot of features, and that can overwhelm some people, for whom using Evernote doesn’t become a habit,” he admits. “It’s a complex problem, but we are constantly working to slim down and be more intuitive for users.” 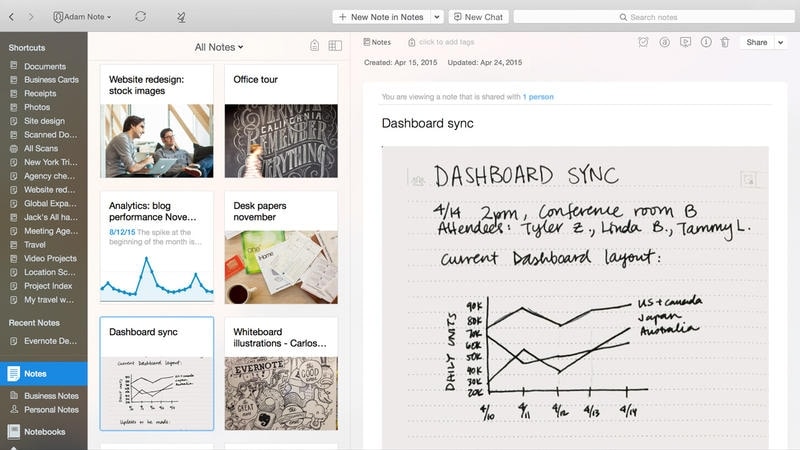 Trimming down a well-established app with a large user base – Inoue points out that Evernote has 200 million users worldwide and approximately 8-to-9 million in India – can be difficult, and the other alternative would be to build a new app, from the ground up. Google seems to be on this path now, first with chat apps Allo and Duo, and now with the newly announced YouTube Go, all of which seem to be designed from the ground up to provide simple, streamlined interfaces designed with a mobile-first, mindset.

Inoue says that there have been a lot of demands for an ‘Evernote Lite’, a standalone app that is simple and specific. “Many users only make use of a portion of our features, and they would like that to be a standalone app,” he says. “We’ve thought about this carefully. That is not going to happen in the near future, though we can’t rule it out. We can’t deny the possibility but it’s not something we are doing right now.”

Inoue adds that the Web version of Evernote offers a very simplified interface if that’s what users need, and suggests that for now, it could fill the gap that some feel is there. But that doesn’t take away from the fact that the market is getting more and more competitive. Inoue says that Evernote pretty much created the note-taking market, and adds that a big advantage is that it is platform agnostic. “We’re a truly independent platform, and that means that our only focus is our users,” he adds. 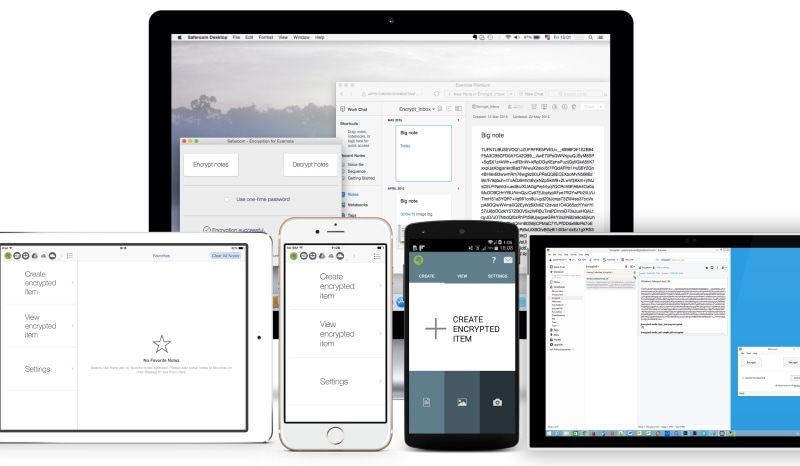 Besides, as he points out, it’s getting harder to define competition. Companies are cooperating in one space while competing in another. “People use multiple cloud services these days, our own teams use different tools including Slack and Google Apps, we don’t rely on just a single one anymore,” adds Inoue. That’s why Evernote has been building integrations for all the major platforms. “We have integrations with Outlook, with Google Apps and other third-party apps,” says Inoue. “We tried to be a platform ourselves, where others would integrate with us. That was the right move when we started but today it’s the other way around. So for example we built an integration with Salesforce.”

But the biggest change for Evernote has to be the fact that it migrated its data on to Google’s cloud platform. Until now, Evernote had been using its private cloud – why the shift to Google? This move gives Evernote access to a lot of Google’s software tools, such as AI tools and voice recognition, allowing it to improve Evernote’s services without having to build all of this from scratch.

“We had a project for augmented intelligence and there are some features that we were able to get from it,” Inoue explains. “We had a feature called Context for Evernote Premium users, where, when you create a note, our algorithms will try and find information that is useful and relevant to whatever you’re working on. It looks at your older notes and your shared notes, and relevant news and articles to help you make your notes more effectively.”

“By working with Google we can get even better, adding features like Voice and natural language processing, without losing focus on our core skills,” he continues. “So what we are doing now is that we have made considerable improvements to quality, which has sent up customer satisfaction. Sync and editing are now good across the different platforms. We’ve listened to the users and improved in the areas they wanted, while looking at ways to work with others to become smarter and more useful.”