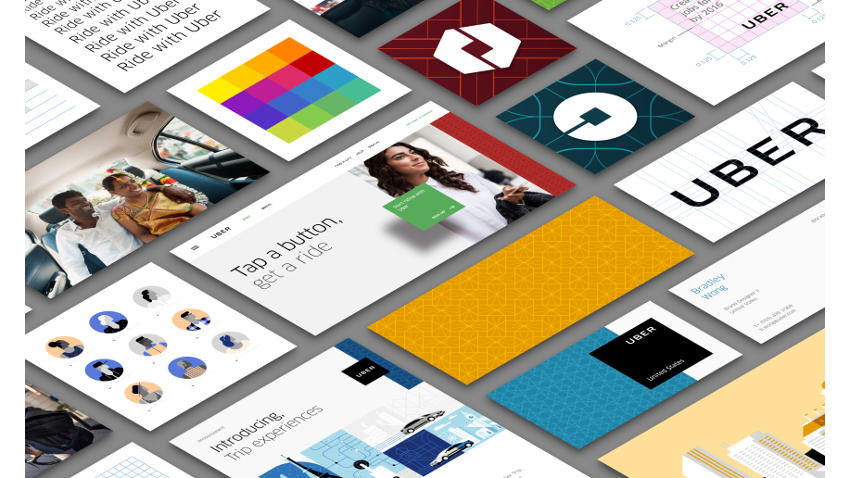 Uber driver Ansu Saryon was confused. When he updated his Uber app before heading out on a rainy Wednesday in Washington, he noticed the familiar black and white "U" app logo was gone. It had been replaced by a hard-to-describe concoction: A red square inside a white hexagon with two vertical lines shooting out. Uber called it part of "a new look and feel that celebrates our technology, as well as the cities we serve."

"I don't think it works. It doesn't represent Uber," Saryon said. "They should be working on something better than that."

Just about every media outlet has weighed in on Uber's new logo. So have branding experts. Plenty of doubters there. There was even a 2,800-word story on how the new logo got made.

But what about Uber drivers?

They are the ones who will probably see the logo the most.

Some states require them to post an Uber sign on a vehicle's rear window. These drivers will live closest to Uber's new design aesthetic.

So we set out to see what Uber drivers think.

We hailed some rides.

Saryon has been driving for the popular ride-hailing service for eight months. He likes Uber. He pulled up his phone to show the new red square icon. That's for drivers. Riders will see a green square inside a white circle. Before, both driver and rider logos were the same stylized "U."

He pointed to the red Uber square on his phone.

"That will take time to remember it's Uber. You'll be looking for it and you can't find it," he said.

Another driver, Benjamin Mangoumou, said he liked the new logo. He called it impressive. He also said he was a fan of many recent changes to Uber's app.

And Victor Reategui had not seen the new Uber logo until a reporter showed it to him. He had just left his other job, owner of a shoe shine and repair shop called Victor's Place in D.C.

He looked over the new design.

"I like the old style better," Reategui said, delivering his verdict.

He worried about the lost familiarity of the old Uber logo, which he had plastered to his car's rear passenger window.

"Everyone know this," he said, pointing at the black-and-white sticker. "They don't know about the other one."

The new logo was a hot topic on a forum popular with Uber drivers. The reaction trended toward the negative. For example: "wow, that is not good."

Reategui said he could live with the new logo. Uber is the boss, he said.

He just wondered if they were going to send him a new sticker.

Mirror's Edge Catalyst Closed Beta Coming to PC, PS4, and Xbox One
Uber vs Ola in India: How Do They Stack Up?