Siri is about as close as a virtual voice assistant can come to matching a real person. Any Apple user can tell you that Siri has a great personality, is unfailingly polite and can execute a bunch of actions on your iOS device - just be sure to ask politely. You can ask Siri to make phone calls, read out your email and even have conversations about its favourite films. On the other hand, we have to admit that Siri isn't even nearly as good at understanding Indian accents as Google Voice Search is. When we need to chat with Siri, we have to practice our best fake American or British accent.

Android users swear by Google Voice Search, which is great at understanding queries and showing you information you need before you even ask for it, thanks to Google Now. But there are still things that only Siri can do. Windows Phone users love Cortana, but the voice assistant hasn't yet been made available in India.

Before even getting started, Siri shines because of how easy it is to start asking questions. We already told you that you can just say 'Hey Siri' to launch the voice assistant when your iOS device is charging. You can also do it when the phone is on battery power. Hold the home button to launch Siri, and then let it time out. Now the phone is in standby mode, and you can say "Hey Siri" followed by your query to activate the voice assistant.

Another cool way to launch Siri is by holding down the mic button on iPhone-compatible headphones. This is very convenient when you want to make a quick call without taking your phone out of your pocket.

Now that you know how to quickly launch Siri, let's take a look at its unique features.

If Siri isn't pronouncing any contact's name properly, say, "That's not how you pronounce it." Siri will then ask you to pronounce the name. Then it will show you three audio clips, each with a different pronunciation of the name. You can pick the one that's closest to the actual pronunciation. No matter how hard we tried, Siri had trouble pronouncing many Indian names. In that, it's just like a real person from another country who can't pronounce local names. Android users can also do this, but the process is more complicated. You have to go to contacts, then edit the entry, then add a field for phonetic name, before finally having to type in the name phonetically. It's definitely easier to do it Apple's way. 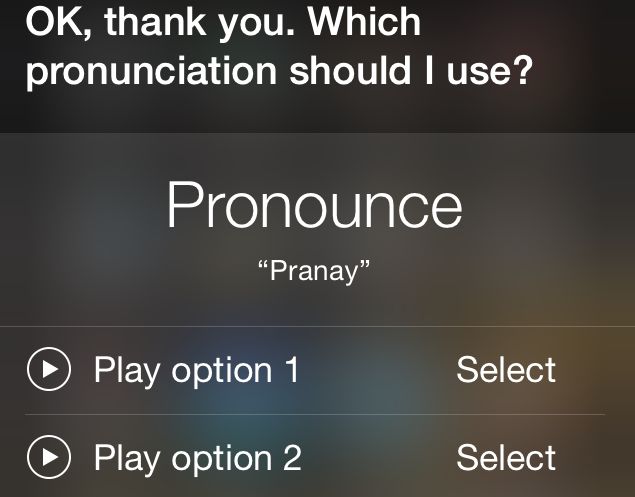 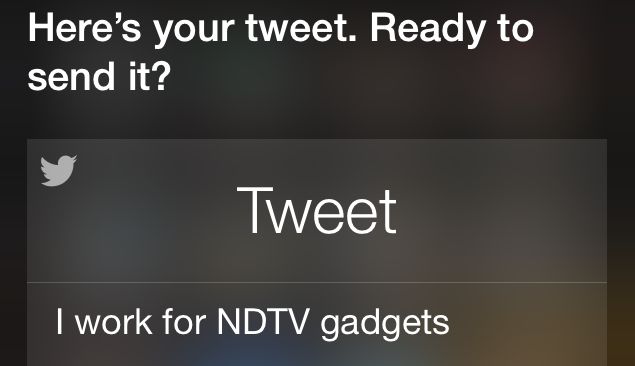 Siri has a built-in Twitter search function, which you can use to look for recent tweets or just to display a list of your most recent tweets. Just say, "Search Twitter for" followed by your query. To see your tweets, say, "Show my tweets". Of course, you need to be logged into Twitter (Settings > Twitter) on your device for this to work.

Siri now identifies songs via an integration with Shazam. Say, "Which song is this?" or "Name that tune". Siri will listen to the song and try to identify it. This works well with both English and Hindi songs. You can tap the Buy button next to the song or you can ask Siri to buy the song for you. Google has this feature too, but it is not active in India yet.

If any song is playing (or paused) in your music player, you can ask Siri to "Buy that song". It will search the iTunes Store for the song and you can buy it there. 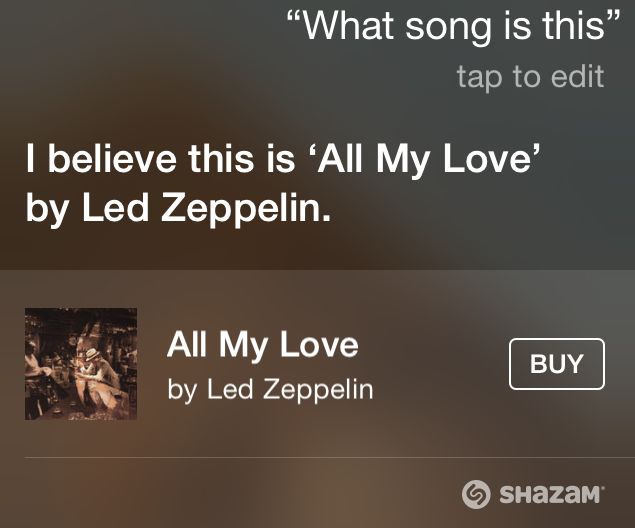 Any personal assistant worth its salt will be able to tell you the local temperature and show you a forecast. But you can ask Siri specific questions such as, "Is it cold outside?". It then answers your query and shows the day's forecast. Asking Google if it is cold outside had us listening to the song of the same name, which wasn't a total loss, though not what we had in mind.

You're in a situation that can only be resolved with a coin toss or a throw of the dice. You can either search every nook and cranny in your wallet for a coin and search your entire house for that elusive dice. Or you can just ask Siri to do either of these things. Google has added this feature but Google Voice search doesn't help with this yet.

Siri's taste in films seems to be heavily inclined towards movies that feature artificial intelligence. If you ask it about its favourite film, its answer is sometimes Blade Runner and sometimes 2001: A Space Odyssey. Even if you ask it to pull out a list of best films, Her is among the top three. But what's more useful is that you can also ask it about "best movies in 1999" or any other year and it lists 24 of the top-rated films on film review website Rotten Tomatoes. Google returns "popular on the web" results, which are not nearly as useful. 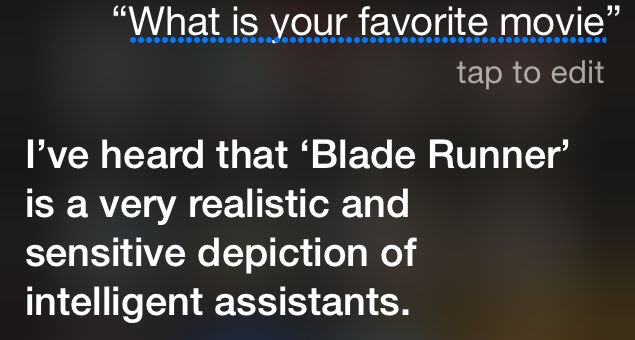 This is one place where Siri is miles ahead of Google Voice Search. You can have conversations with Siri. You can ask it various questions ranging from its origins, if it needs food or sleep to whether it 'loves you'. Siri's personality is good enough that a boy with autism made Siri his best friend. This might not sound like a very important feature, but it's also what makes actually using Siri so comfortable, despite the accent problems, and that's an accomplishment.

These are the things Siri is best at, but there are other things it can do. The following features are available with other virtual assistants too, but that doesn't make them any less useful.

Which are your favourite Siri features? Let us know via the comments.

Further reading: Android, Apple, Apps, Cortana, Google, Google Voice Search, Siri, iOS
Pranay Parab Email Pranay Pranay is in charge of podcasts and videos at Gadgets 360. Over the years, he has written over 500 tutorials on iPhone, Android, Windows, and Mac. He has also written in-depth reported features on the intersection of technology and culture, reviewed fitness wearables, been the social media manager, started two podcasts, and produced several tech videos. He loves travelling, particularly to places not frequented by tourists. He keeps running half-marathons across the country and hopes to complete ...More
Indian Real Estate Website PropTiger Gets Investment From News Corp
Samsung Galaxy A5 Metal-Clad Smartphone Price Revealed