When we talk about streaming, it's usually on-demand video services, such as Netflix, Hotstar, and Amazon Prime Video. "Regular" TV is also available online, through apps on our phones, in the form of services such as DittoTV, JioTV, SonyLIV (for sports), YuppTV, among others.

These services bring the Indian television viewing experience to mobile devices and Smart devices, but they're not exactly cheap. For example, Yupp TV starts at Rs. 5 per day, or Rs. 99 per month, for a relatively limited selection of channels. And of course, on top of that, you're paying for bandwidth as well.

That's something that DittoTV also recognised was a problem, and so in Summer 2016, after around four years of operations, it dropped its pricing dramatically, from Rs. 150 per month, to just Rs. 20 per month. It's been nearly a year since that move took place, and Archana Anand, Head-India Z5 Business, Zee India, which runs DittoTV, talked to Gadgets 360 about how the shift in pricing paid off for the company, and what role "live" TV streaming can play as VoD gains in popularity.

"It was a radical call on price, that helped to democratise TV in the truest sense of the word," says Anand. "People were able to watch without owning a TV, or getting a cable connection. 'Bees ka TV' was a tremendously successful gamble for us."

While Yupp TV, with its dollar pricing, makes sense for an NRI who wants to easily watch Indian channels, DittoTV decided to take a mass approach and reach out to as many consumers as possible, many of whom have only a single screen - their phone. 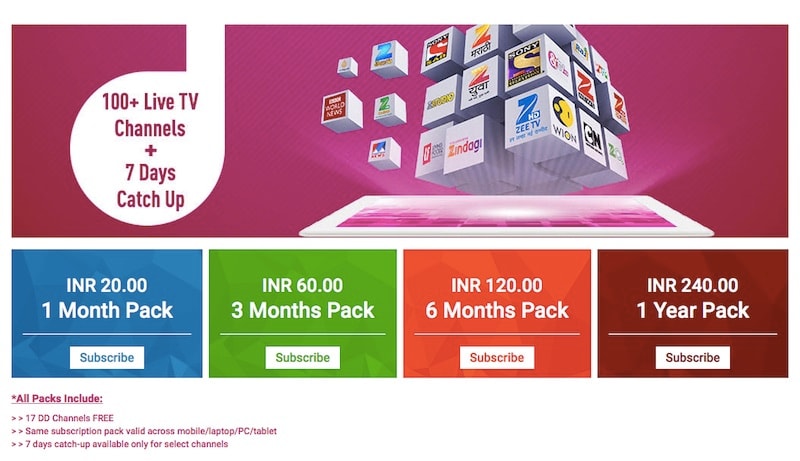 This of course comes with some challenges - ensuring that the app works on a wide variety of devices is one, but getting it onto them is also a problem. "In our ads, we never told users, 'go to Google Play', and instead we ran a missed call campaign," says Anand. "Our agents would call the user back, and guide them through the whole process."

There's another challenge with building a digital service that's not talked about as often, which is payments. Anand pointed out that before November [when the demonetisation initiative was announced by Prime Minister Narendra Modi] digital payments were hard. "That Rs. 20 price point was almost like a VAS price," she says. "Carriers were very useful in building the audience, and we bundled in the membership with data recharges. If you were getting the subscription, you also needed data, so we partnered with Idea, with Vodafone, and with Airtel. It's an excellent means of distribution."

That said, Anand admits that dropping the price was a very risky move, as it could have completely eroded the financials of the company. However, she tells Gadgets 360 that working with the telcos made a big difference and helped DittoTV to boost the number of paying users.

Anand is not at liberty to disclose the growth it has seen, but the Android app has between 5 million and 10 million downloads. She tells us though that DittoTV has gone deep into the heartland of India, where the smartphone is the first, and often only screen for people. "People don't want to spend their time and data searching through lists and catalogues before they finally find something to watch," says Anand. 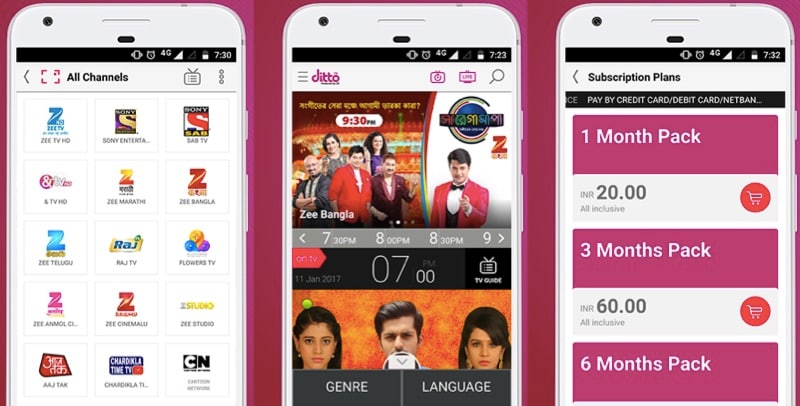 She adds that DittoTV has also seen growth in an area that was less expected - universities. "We realised that we have a big hostel audience, and they're used to watching our shows with their families, and want to keep watching now," says Anand. "At 20 bucks, that's what you'll pay for a samosa at the canteen, so the barrier is data. But many hostels provide free Wi-Fi, so these guys are quite happy to keep watching."

With the coming of Netflix and the rise of Hotstar, more people started to use video-on-demand (VoD) services that would allow them to watch whatever they wanted, when they wanted. But with the launch of Amazon Prime Video earlier this year, bringing in VoD at under Rs. 50 a month, is DittoTV feeling the heat?

"Amazon Prime Video did a great job with pricing, and their content spending has also been very practical," says Anand. "It's a really exciting time right now, and you're going to see some froth in the market. Only long-term players will remain, and only the ones who are sitting on Indian content, which we believe is a natural advantage for us."

The other challenge is of course, JioTV. Bundled free to users since the launch of Reliance Jio, the two offerings are very similar, and each of them offers a large number of Indian channels across various languages. Except of course, the Jio network has been free to use and remains that way until April 1, and JioTV will be free till the end of this year.

Anand however says that Jio's launch has had a hugely beneficial impact on DittoTV. "Our route had been to tie up with all the telcos - so we were the ones going to them, to partner - and then Jio launched with live TV and it became a selling point," she tells us. "So suddenly the telcos were in a hurry to sign up with us. We've seen the telcos drop data rates, and our usage has gone up dramatically, we've had our best months since after the Jio launch."

Further reading: DittoTV, Live TV, TV Streaming, Streaming video, Video on Demand, Reliance Jio, JioTV
Gopal Sathe Email Gopal
Gopal Sathe is the Editor of Gadgets 360. He has covered technology for 15 years. He has written about data use and privacy, and its use in politics. He has also written extensively about the latest devices, video games, and startups in India. Write to gopal@ndtv.com or get in touch on Twitter through his handle @gopalsathe with tips. More
Reliance Jio Customers Will Remain Loyal Even With Paid Services: Report
Unblocking Blockchain: The Challenges and Their Solutions