One Year In, How Indian Travellers Helped Shape Cleartrip Local

Just about two years ago, Cleatrip launched Activities, a curated collection of things to do in the cities you were visiting. One year down the line, this had turned into Cleartrip Local, which covered things like horse riding trips, spa visits, and amusement parks. To find out more about how the program has done over the past year, Gadgets 360 caught up with Suman De, Product Head - Local and Platforms at Cleartrip. The Bengaluru-based executive has been with Cleartrip for five years now, and he says the creation of Local was a strategic bet on the part of the company to get its large user base to engage with the app more frequently.

"The travel industry is a very need-based product," says De, explaining that in India the number of trips a family takes is very low. "The frequency of a typical travel user is two to three trips per year, compared to the global trend of 12 to 15 trips a year." This includes small weekend getaways, trips by only some members of the family, and of course the big family vacations, but in India, the amount of time people spend traveling is pretty limited.

"So if someone is traveling in January, then the next time they travel might be in October, so there's nothing in between to keep the customer on the platform," says De. "So to plug that hole in consecutive travel, we wanted to build a product where, when you are in your city, it gives you the means of discovering means of spending time, weekends, with friends, family, and so on."

In the last year, the company has also observed some interesting trends in the kind of users that it gets for Local, showing that it's not just for the existing customers but rather, bringing in a new audience for Cleartrip. 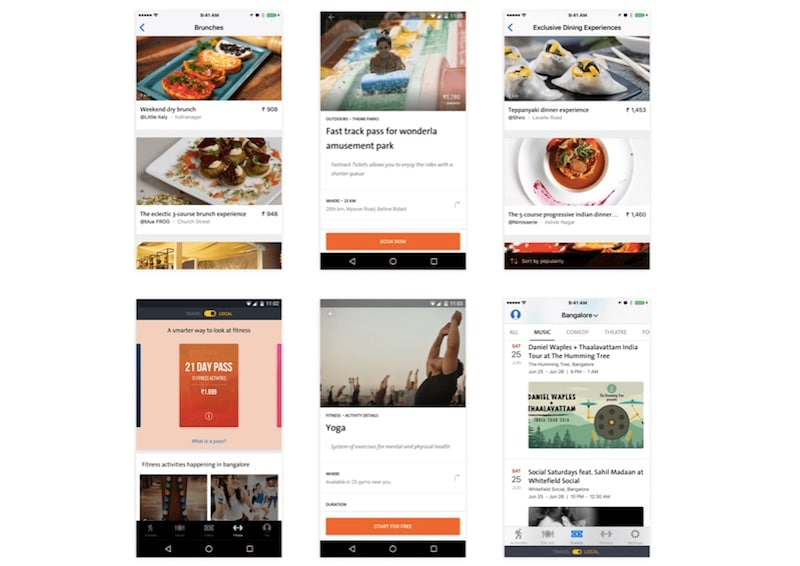 "For Travel, the demographic group is around 35 years old, and more… very male-dominated, at around 90 percent male," says De, explaining, "that's to say, the people making the booking, regardless of who is traveling. So in terms of travellers the numbers are closer, but it's mostly males who are actually using the app, and making the booking."

"On the other hand, for Local the age group is much lower, around 25 years old," he continues, "and there's a much lesser skew towards male versus female users, at around 65 percent male."

With around 2,000 daily users for Local (De didn't divulge how many users Cleartrip averages) there are shifts during the week - "70 percent of bookings happen on weekends," De says - and the users book for theme parks most heavily.

"In cities like Delhi, day-outings, or resorts you can visit with friends, these are a big thing, that the locals are using," says De, "Whereas in a place like Goa, where tourism is actually pretty unorganised for the most part, there's a lot of stuff like car rentals, and parasailing for tourists, while Bangalore [Bengaluru] will see go-karting, bowling." 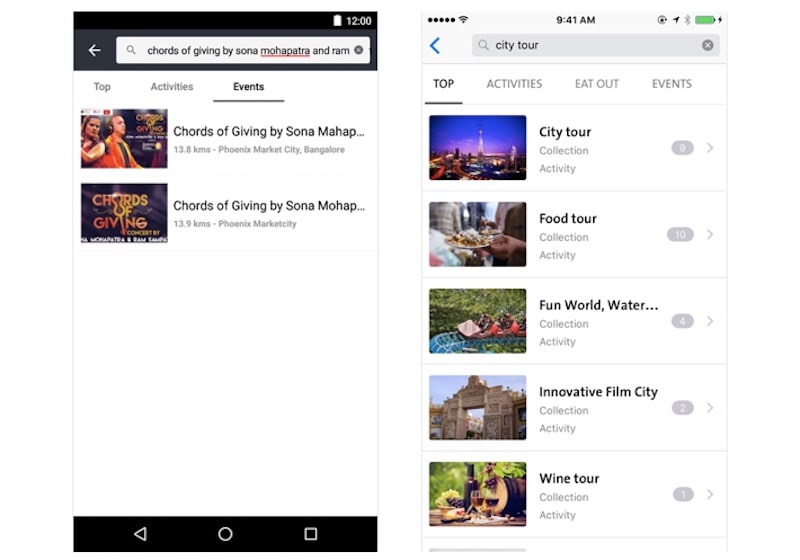 "There's a lot of crossover between Travel and Local as well," De adds. "Travel users are often consumers of Local. Among the people who have been traditional travel users, and have tried Local, we see that they kind of stay with Cleartrip 25 percent more than other people"

That doesn't mean that Local is like a loyalty business for Cleartrip though. Since it brings in a new demographic of users, it's actually able to help with customer acquisition. "In the last one year, 75 percent of the customers who have tried Local were actually new to Cleartrip," says De. "We had never seen these customers - and this ties in to the demographics that I talked about. Once Local came around, we started getting this new segment on to Cleartrip. And 20 percent of this 75 percent has converted to Travel users within a three-month period of use."

Another interesting trend that has come up with the focus on local is bringing users from smaller cities. "We've seen a lot of interest from non-metro cities, in Pune, Chandigarh, Hyderabad. The whole Rishikesh-Nainital-Mussoorie belt as well, in some ways the northern hills context it's very similar to the Goa experience, it needs to be organised," says De.

Along the way, Cleartrip has also played around a lot with the design of Local, changing the way things like Search work, going from a more browsing based product to one that has a Guided Navigation that makes suggestions based on your interests and history. "What we do is a blend of algorithm plus curation, and we have our own editorial team who curate - these are the top activities, and a new activity comes in, a new supplier comes on board, no algorithm will ever pick that up so the editorial team takes that decision," explains De.

One thing that hasn't changed since the launch of Local is the fact that it's not a standalone app, but a toggle in the Cleartrip app. Travel and Local are not going to be merged because they're completely different experiences says De, but at the same time, Local isn't going to become a separate app either.

"One of the biggest things in India is about space on the phone," he says. "You don't want people to have to install two apps if you can help it. Also a lot of the code and assets that we use are common so it kind of is not very optimal to have two apps, and it's not efficient from a business and marketing perspective also, and nor from the consumer perspective."

Further reading: Cleartrip, Cleartrip Local, OTAs, Travel, Bookings
Gopal Sathe Email Gopal
Gopal Sathe is the Editor of Gadgets 360. He has covered technology for 15 years. He has written about data use and privacy, and its use in politics. He has also written extensively about the latest devices, video games, and startups in India. Write to gopal@ndtv.com or get in touch on Twitter through his handle @gopalsathe with tips. More
Xbox One X Review
Redmi Note 4 Price Cut, Moto X4 India Launch, OnePlus 5T Unveiled, and More News This Week