CES 2018's Big Trend: A Voice Assistant in Every Corner of Your House 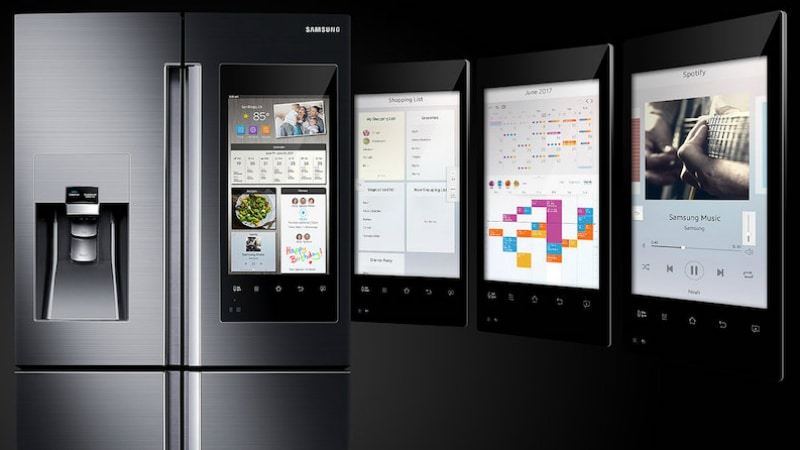 The 2018 edition of the Consumer Electronics Show aka CES was held this week. With four thousand exhibitors and hundreds of thousands of attendees, CES 2018 had but one highlight - AI, and very specifically, smart virtual assistants.

Virtual assistants are a common sight on smartphones, tablets, and even speakers by now; but this year's CES saw a great push towards all kinds of AI-based home gadgets, a lot of them from the IoT (Internet of Things) category. While Google Assistant and Amazon Alexa took most of the limelight, other players like Samsung's Bixby, Apple's Siri, Cortana and even Roku made their presence felt.

Here is a look some of the devices voice-controlled assistants that made an appearance at CES 2018.

Sony was not the only exhibitor that showcased a virtual assistant-powered TV range. LG rolled out its ThinQ product lineup that has five new OLED models: W8, G8, E8, C8, and B8. All of them come with Google Assistant built-in, and are expected to launch sometime in 2018.

Meanwhile, Samsung is using its in-house Bixby voice assistant for its new televisions. The South Korean manufacturer announced that it is upgrading its entire Smart TV 2018 lineup to include Bixby AI voice assistant. Samsung is also adding the new SmartThings technology to its entire range of IoT gadgets - SmartThings offers a unified platform to control all connected devices.

TCL announced several new smart TV models at CES 2018, powered by Roku OS. But the most interesting offering from TCL's booth was a new smart soundbar. The TCL Alto Smart Soundbar features the Roku voice assistant. It can be activated with the "Hey Roku" voice command, and will allow users to turn on a Roku TV, stream video/ audio content, and play and pause content.

Smart displays
The Amazon Echo Show finally saw competition in the form of Google Smart Displays, which will be designed by LG Electronics, JBL, Lenovo, and Sony. These tablet-like Smart Displays can be controlled by voice commands (powered by Google Assistant) for actions like locking doors, setting alarms, playing music and so on. The fact that users will not be able to browse the Web or install regular apps on the Smart Displays is what distinguishes them from regular tablets. Google is cleverly placing them in the home electronics segment by limiting functionality.

Home appliances
Virtual assistant-equipped refrigerators got readers hungry, thanks to the LG and Samsung booths at this year's CES. Connected appliances are nothing new at this point, but ones that you can talk to will certainly get people's attention. Samsung means serious business with its upgraded Family Hub refrigerators range. The smart refrigerators now come with Bixby integration, decent-sized displays, AKG speakers, and cameras on the inside. Samsung has also tied up with content partners like Pinterest and Buzzfeed.

You can enquire about the contents in the fridge and decide what you want to eat without looking inside. It lets you add up to 6 user profiles, and Bixby is supposed to distinguish between the different users. And with SmartThings, the fridge, and all other IoT devices can be controlled on a central hub.

Samsung also launched a new washing machine with its proprietary QuickDrive technology. The WW6850N has functionality that is not as complex as its model name. The home appliance is IoT-ready, works with SmartThings, and features a custom Q-rator 'laundry' virtual assistant that creates laundry recipes, planners, and guides.

Samsung's Family Hub has competition from LG's ThinQ. With a massive 29-inch touchscreen, the LG InstaView ThinQ smart refrigerator is powered by LG's in-house webOS with Amazon Alexa integration. This lets users tag their food with virtual stickers, receive automatic reminders on when food items are about to go bad, and stream food guides and music with Amazon Alexa.

And while Apple might have not had a booth at the tech show for yet another edition, the company's presence was felt in the form of its virtual assistant Siri. Instinct, a smart light switch from iDevices doubles as a voice assistant featuring support for Apple's Siri, as well as for Google Assistant. Another product from iDevices, the Ceiling Fan Switch is a Wi-Fi and Bluetooth fan controller that supports voice commands from Siri, Alexa, and Google Assistant.

Apart from these, Netgear added support for Siri on its Arlo baby monitor, and Elgato's Eve Button connected home remote gets Siri and HomeKit integration. Additionally, the 'U by Moen' smart shower system is slated to get Siri and Amazon Alexa support. Fibaro's DIY IoT product range will also add support for both of these, and also Google Assistant.

While Alexa, Google Assistant, and even Siri got a lot of attention, Microsoft's Cortana also made a showing. Case in point, Johnson Controls' new GLAS smart thermostat. Equipped with a 5.9-inch translucent OLED display, this thermostat features Windows 10 IoT Core and Microsoft's Cortana virtual assistant. At the tech show, the GLAS thermostat seemed to have basic Cortana functionality, without any kind of visual response.

Microsoft is also working with partners like Qualcomm, TONLY, Synaptics, and Allwinner to incorporate Cortana's skills on to numerous home and personal gadgets.

Artificial Intelligence is also creeping into your washroom. An Alexa-enabled mirror from Kohler is the smart mirror that tells you how beautiful you are, each day. Jokes apart, this sounds like a promising gadget for the 'morning person' in all of us. Nicknamed Verdara, the smart mirror is part of the new Kohler Connect lineup, which has other fixtures like faucets and bathtubs that can obey your voice commands. The mirror acts as the central hub to control all of them, allowing users to enjoy a hands-free bathing experience. The Verdara mirror will also let you catch you up on the news you missed while asleep. A future software update will add Google Assistant support as well.

That's not even the craziest part of Kohler's announcements at CES 2018. The company's Numi smart toilet supports voice commands for music control, mood lighting, seat warming, and feet warming. You can now talk to your toilet seat in case you forget to carry your phone to the loo!

Into the car
Samsung has revealed plans for a new infotainment system, under the Harman brand, that will have support for Bixby sometime in the future. This is currently in the concept phase so there's not much information just yet.

Panasonic announced that it would be bringing Amazon Alexa to its Skip Gen IVI in-car infotainment platform. Users will be able to control HVAC, media, communication, and navigation with voice commands. Some Alexa functions will be operable without an Internet connection through the Alexa onboard technology.

Western Digital My Cloud Devices Still Have Vulnerabilities, Fixes Promised in Future Updates
PUBG Is 'Here to Stay and Compete With CSGO': GamingMonk