Best Apps to Edit RAW Photos on Your iPhone

If you've been looking to get more out of your iPhone photography, shooting RAW is a great way to do that. It preserves all info coming out of the camera sensor, and gives you more control over how your photos look. But Apple doesn't provide RAW support with its in-built Camera app, owing to reasons of processing and storage, which means most iPhone owners don't realise what they're missing out on.

It's why we wrote about the best camera apps to shoot RAW photos on the iPhone. But shooting RAW is merely the first step. To get your photos perfect and ready for sharing, you'll need to make edits. And with Apple's own Photos app unable to render RAW photos, or differentiate between JPEG and RAW versions of the same picture, you'll need third-party apps for the job (again).

As with anything App Store, there are dozens of options that offer the ability to edit RAW photos. We used many such apps, looked at suggestions made by pro photographers and selections made by other outlets, and then arrived at a select few – both free and paid – that we feel offer the right variety.

What to know before RAW editing
Before you set out to tweak RAW photos, it's important to (somewhat) have a look in mind. Just because you've more latitude to push settings with RAW doesn't mean you should go overboard. Of course, the only way to know what's overboard is to experiment with multiple pictures, so don't be afraid to fail. It may be tempting to fall back on filters, but remember only you can see what's best for your photo.

Unlike with RAW shooting, model support is not an issue with editing. Even if your iPhone can't shoot RAW, it can still process them, as long as you don't mind transferring the files from another device, be it a phone or a DSLR. And while iPhone apps offer a lot of RAW support, they still can't match what you can do on PC. Plus, editing on a bigger screen is always better. The truly good photo suites tend to be expensive though, so you need to decide what you feel comfortable with.

Adobe Lightroom CC
Lightroom is easily one of the best RAW edit suites on the desktop, and its mobile version is quite capable in its own right. Put simply, it's the best processing app for RAW photos on iPhone, thanks to a feature-dense editing suite unlike any other app. You can tweak exposure, highlights and shadows, white balance and individual colour hue, saturation and lightness, sharpness, noise, and apply lens corrections appropriate to the phone model.

But owing to the variety on offer, achieving something in Lightroom does take longer than the other apps in the list, since there are more sliders to play with, and hence thousands of more possibilities. For what it's worth, Lightroom does allow you to copy-paste your edits, so you can apply the same look to an album in a jiffy. 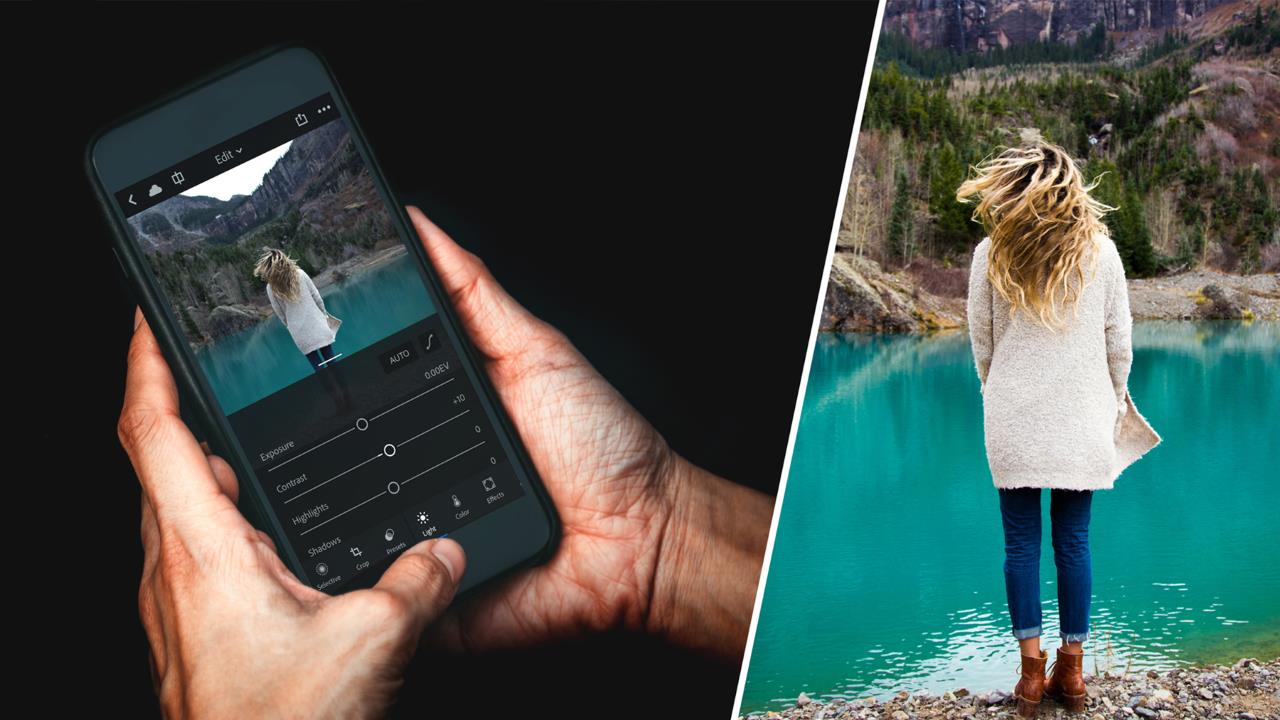 Darkroom
Consistently ranked as #1 photo-editing app by both reviewers and developers, Darkroom is an all-around winner – design, feature set, ease of use, and frequent updates – that also comes with RAW support. Unlike other apps, there's no annoying "Import" function so you can get to work on your photos the moment you open Darkroom. It's got a dedicated history tab, so you can quickly jump back if you don't like the last few edits you made.

Two important things to mention: some adjustments, such as curves and individual colour balance, are locked under a Rs. 499 in-app purchase. If you decide to spend, we recommend going for the Rs. 599 everything option, which gets you those tools and all premium filters. Plus, RAW editing in Darkroom can be taxing on older models such as iPhone 6, which could be a deciding factor depending on the device you're using. 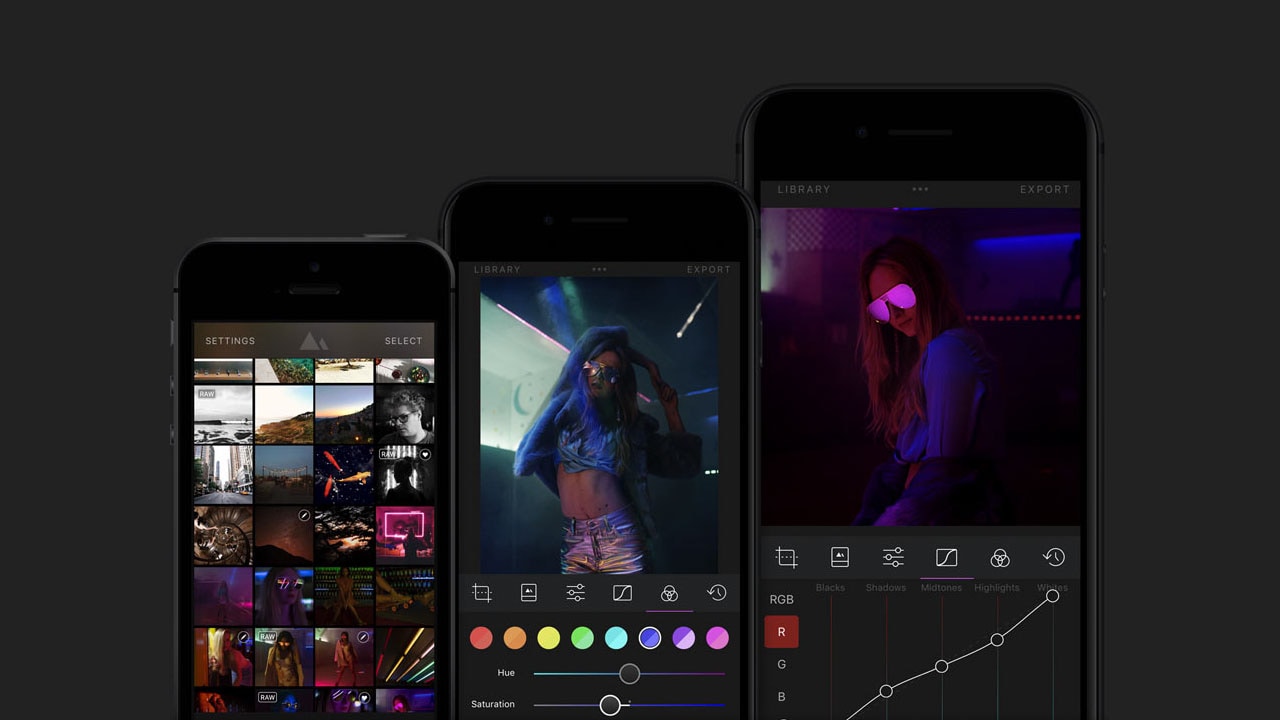 VSCO
It also made an appearance on our list of the best RAW camera apps, and VSCO is a great option for those who wish to have one app for all their RAW needs. VSCO offers tons of filters for purchase, something it helped shoot up in popularity, but if you're looking to get the most of your photos, you're better off playing with the settings to achieve the look you want.

The app's big focus on its social network can get in your way – the traditional share icon is linked to VSCO's internal network, while the export and other social networks are relegated to a 'more' option – but VSCO does have a strong feature set for RAW: exposure, clarity, highlights and shadows, white balance, and split toning, all of which it helps identify with a 'RAW' prefix. The only unfortunate thing is that individual colour balance (or HSL) is locked behind VSCO X, its annual subscription.

At a price of Rs. 1,349 per year, VSCO X also offers exclusive access to more presets, latest edit tools such as borders in addition to HSL, and education content provided by VSCO developers and pro photographers. 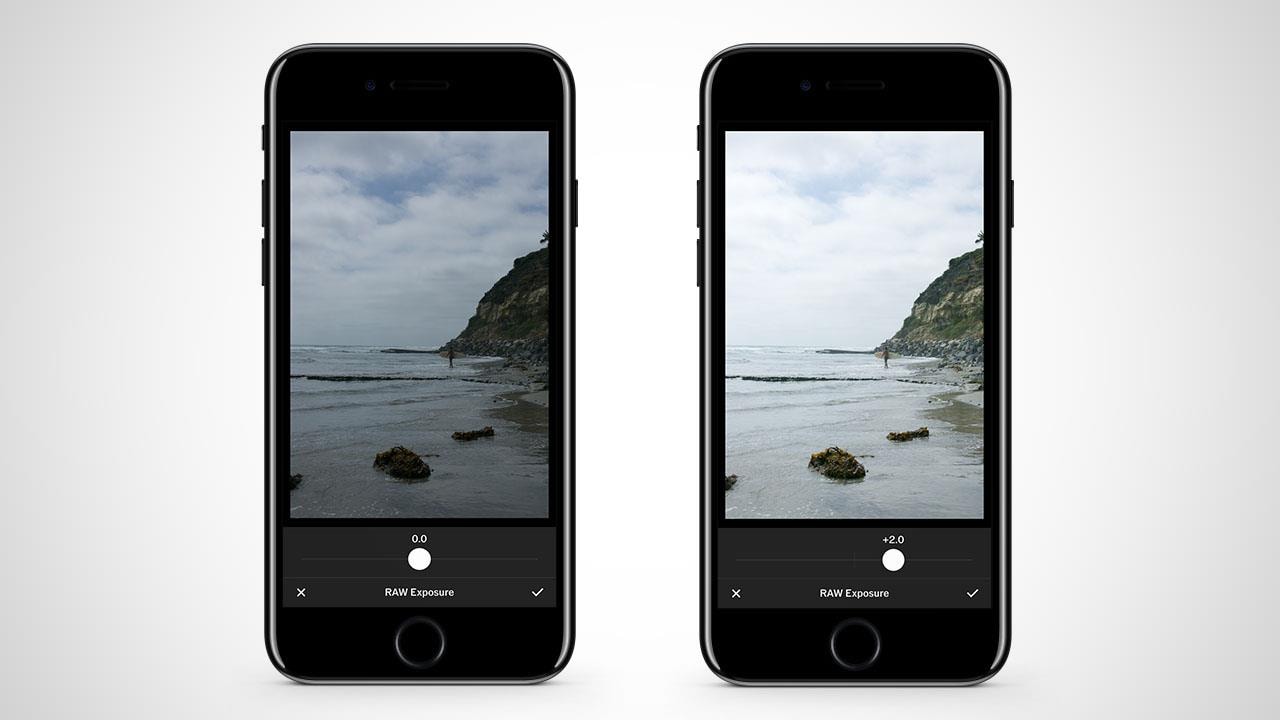 Best Apps to Edit RAW Photos on Your iPhone
Comment