These days pretty much everyone uses their smartphone to click photos and that means the market is flooded with photo editing apps. If you just got yourself an Android phone and are looking for an app that lets you touch up your photos, this list of best photo editors has you covered. We selected three photos — a selfie, a shot of a hotel room, and a picture of a mountains — and ran them through each app to test out their editing prowess.

We downloaded many photo editing apps and tried to highlight apps that offer something unique or the ones that are the best among those with a similar feature set. We’ve found the best free photo apps on Android and you can download some of these to take your photo editing skills to the next level.

Instagram
For most people, using a separate photo editing app is going to be too much work. Instagram realised this long ago as it added a suite of editing tools to its app, which started off as a place to add simple filters to your pictures. The app lets you adjust saturation, sharpness, contrast, and lots of other things in your pictures. We like the simplicity of the app’s editing tools a lot, although Instagram is so successful that you can sometimes recognise the filters just by looking at the resulting photos. 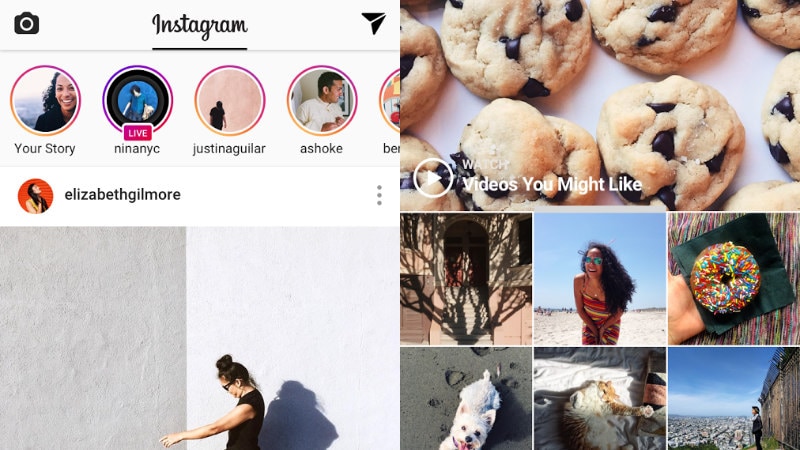 Snapseed
Snapseed is a Google-owned photo editor that offers support for both JPG and RAW format images. This can be a useful feature to have if you shoot with a DSLR camera and need an app to edit these photos on the go. The app may appear simple but it features some cool editing features such as the ability to adjust levels and curves, which goes to show that this is an app with a surprising depth of editing features. To give an example, it has a feature that allows you to set eight control points on the image and selectively apply enhancements to each point on the image. The app also makes it easy to say, blur a part of the image and correct underexposed parts of an image. 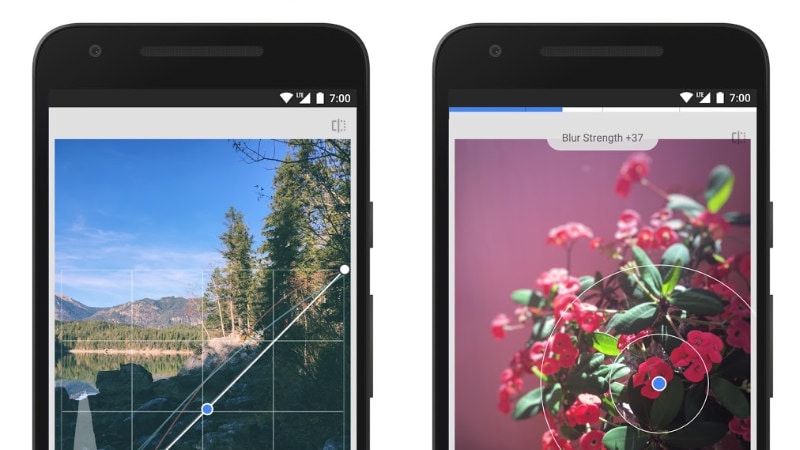 Vsco
Vsco is a really good photo editing app for iPhone and Android, but it takes some time to get used to. This app had all the editing tools of Instagram before the Facebook-owned photo app did. We like Vsco’s range of filters a lot more than those offered by Instagram and the app has a strong community of smartphone photography enthusiasts in case you want to see what people can do with the app. 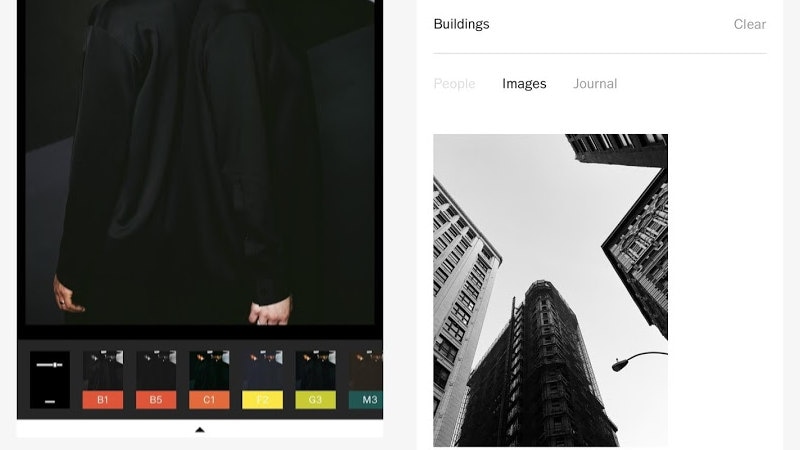 Pixlr
Autodesk’s Pixlr is a pretty good app for basic photo editing. The app has a neat interface that makes it easy to find effects and filters for you to apply. We found a very useful tool called “Pixelate” that allows you to quickly blur out any part of an image, apart from easy to use tools to edit the image. We also liked the fact that they use simple terms such as “Brighten” and “Darken” to name all of their editing tools as it makes the app more accessible to everyone. 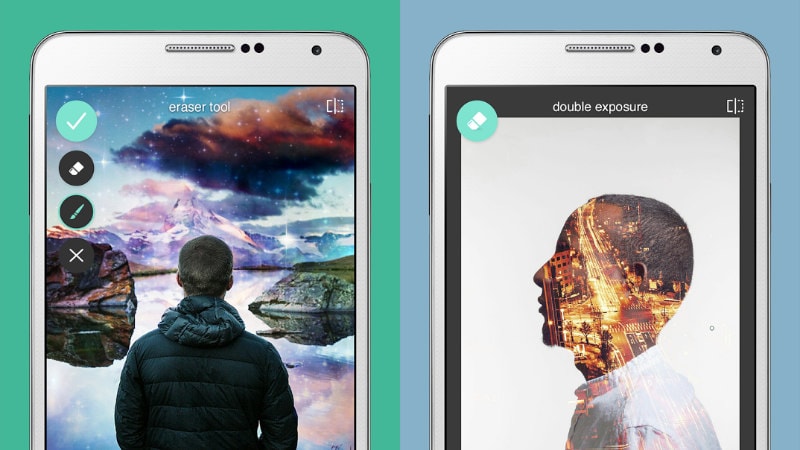 Aviary
Aviary also has a really nice UI and offers great tools in a relatively easy to use package. It lets you add frames and stickers, apart from the usual beautification and editing tools. The interface is the star of the show for this app and we recommend it for that reason alone. For instance, Aviary has a one-tap “Enhance” feature that does some colour correction and basic brightness and saturation adjustments to the picture. It also makes it really easy to doodle on the picture, apart from putting in all editing tools under the picture in neatly sorted categories. 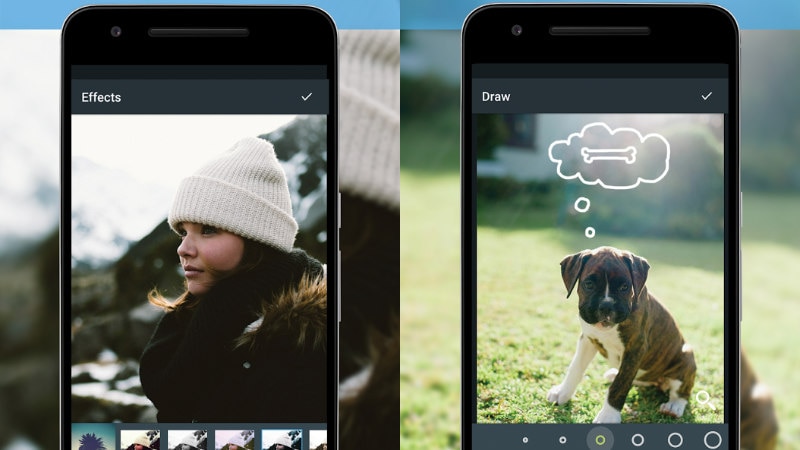 Lens Distortions
This is an unusual app that lets you add some amazing effects to your photos. You can add effects such as a light source, fog, and even rain, to your photos. These effects are very realistic — you really should see these to believe how real some of the effects look. The app lets you add layers to stack up several effects, which is a good feature for those who like heavy editing. Lens Distortions is a free app that charges a monthly subscription fee for premium effects. The Android version of this app is still in beta, but it worked fine in our tests. APUS Camera
This camera app is targeted more towards casual users of photo apps, as one look at its UI reveals. The app has tools such as collage, makeup, and filters, which do what the names suggest. It also has a fun feature that lets you click a picture and then tries to tell your age and gender based on that. If you care more about enhancing selfies and need a fun app for your photos, APUS Camera does the job pretty well. Alternatively, you may also want to check out Meitu on Android and iPhone, or Photo Lab on Android. 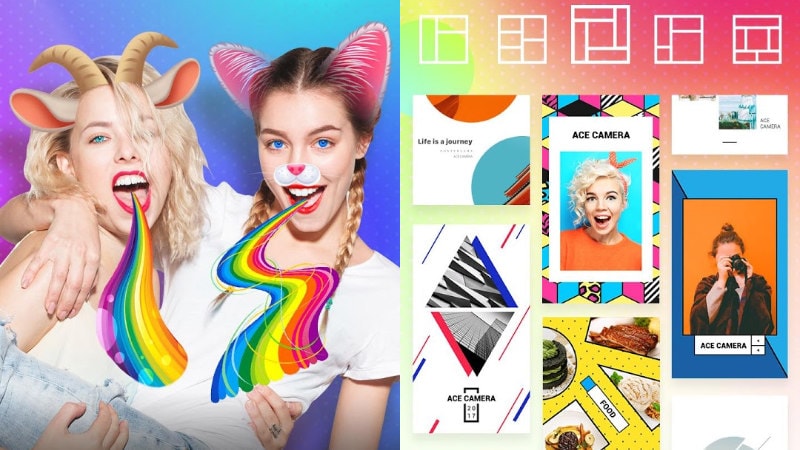 Some apps such as Prisma and PicsArt are also worth checking out, but these apps weren’t as good as our top picks in this list for photo editing. Some paid apps such as SKRWT (Android, iOS) offer neat tools such as lens distortion correction, in case you need some specific tool that the free apps we’ve recommended don’t have.

We checked out lots and lots of apps to compile this list, but there are so many photo editors on Android that we’re sure we missed some. Which is your favourite photo editing app on Android? Let us know via the comments.

Further reading: Photography, Android, Apps, Snapseed, Vsco, Instagram, Apus Camera, Aviary, Lens Distortions
Pranay Parab Email Pranay
Pranay is in charge of podcasts and videos at Gadgets 360. Over the years, he has written over 500 tutorials on iPhone, Android, Windows, and Mac. He has also written in-depth reported features on the intersection of technology and culture, reviewed fitness wearables, been the social media manager, started two podcasts, and produced several tech videos. He loves travelling, particularly to places not frequented by tourists. He keeps running half-marathons across the country and hopes to complete ...More
Nokia 8, Nokia 3 Now Receiving February Android Security Update
Google Chrome Will Start Labelling All HTTP Sites as 'Not Secure' From July