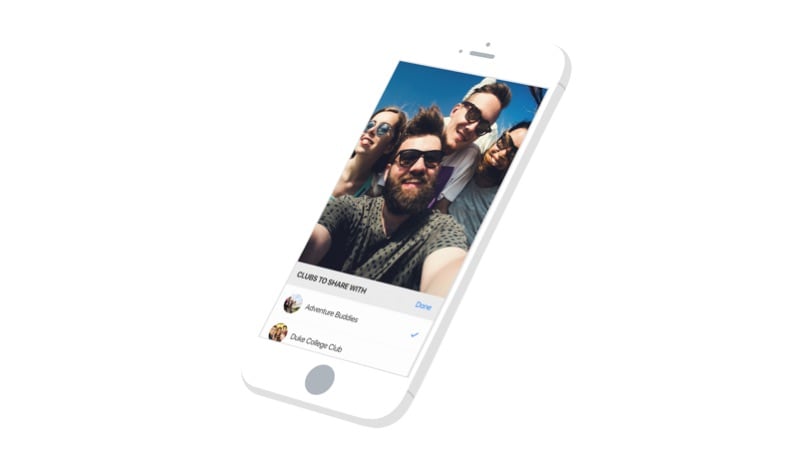 Bengaluru-based Vebbler is a young startup with a single product by the same name - a photo sharing application for both iOS and Android. Like Facebook's Instagram, and several other apps, Vebbler also brings together photo filters and social sharing, but the focus here is on sharing within private or public groups, or "clubs", as the app calls them.

Anyone who has used WhatsApp groups to share pictures between friends knows that getting all the photos from a get-together with friends in one place is an extremely annoying and tedious process. There have been plenty of attempts to solve for collaboration, and Vebbler's take, which actually puts taking the photos at the forefront (akin to what Instagram does, for example) is an interesting one. At least Facebook seems to think so, as Vebbler is one of the latest Indian inductees to the social giant's FbStart, a program to help early stage startups build and grow their apps.

These Two Indian Startups Want to Change How You Learn

Gadgets 360 caught up with Vebbler founder Sahil Bhagat, who started the company in 2013 as a social network, but quickly learned that this wasn't working, and trimmed features like status updates and link-sharing. It's been a slow journey since then for the product that only recently crossed 500,000 users, the kind of milestone many new app companies boast about before the first year is up. But according to Bhagat, this has been fairly deliberate.

You can add filters and then share pictures to groups

"It's easy to spend a lot of money and blow up your numbers, but we've been focused on building the best experience possible for our users, and we've focussed on getting the design right," he explains.

This is reflected in the structure of the app as well. While many photo collaboration tools (including Facebook, Bhagat points out) start with the notion that the users have already taken the pictures, Vebbler is inspired by Instagram and Snapchat, making clicking pictures and applying filters the core experience for the app.

"Vebbler isn't a photo management app, it's not based around location, or facial recognition," Bhagat says. "People hate organising. It's not as much fun as capturing, creating content."

"That's why I say that we're a camera app that's social," he adds, "while something like, say WhatsApp, is a social app that lets you share photos, and other solutions like Dropbox, for example, are completely different too."

"The focus is on making taking the photos fun, with filters and stickers, so that when you meet your friends, you're not taking the photos with one app and then switching to another app to share them," says Bhagat. "You start Vebbler to take fun photos, and then you share them with your friends who can share their photos as easily, and it's all organised in one place."

The result of this is that most of the clubs (the groups within Vebbler), Bhagat explains, aren't really organised around events but around groups of people. "Our users are very young, most of them are in colleges," he explains, "and you'll have a college club, more than a club for a concert or an event. And because it's a part of daily life, you have to make the design flow really engaging."

Can Shoto Really Convince Your Friends to Upload Photos?

Design is something that Bhagat takes quite seriously, and he feels that it's an area where many other Indian companies need to start paying more attention.

"So many Indian companies don't really think about the user interface and the user experience, the whole mindset is really more oriented towards services than products here," he says. "That's why we're not able to compete with global experiences. Even simple things like getting the colours, layouts, and prototyping different buttons and testing that, all of this makes a big difference to the end user."

That's where Bhagat believes being inducted into FbStart will help improve things further. "It's changing the way we're looking at building the app," he says. "It happened only recently so we're yet to fully realise the impact, the net result of this lifelong partnership with Facebook."

For now, he adds, the focus will be on building the user base, and fine tuning the design to make a world-class app, before it starts to work on monetisation. However, Vebbler's also been looking at public groups, for celebrities and public events, which could be a way for it to make money, he adds.