There's a lot of buzz these days around augmented reality (AR) and virtual reality (VR). While the latter has cooled down a little, many people believe that the former is going to be a key technology in the future. While a lot of buzz around both AR and VR begins with gaming, there's a lot more that can be done in areas such as education, real estate, health, tourism, and so on.

First though, it's important to know what the terms AR and VR represent. The difference between the two is simple - in VR, you wear a headset and "enter" a virtual world. You don't see elements from the real world, just the computer generated space you're in. With AR, you bring the digital into the real world, combining one with the other. So an app that lets you select furniture, and then place it in your living room to see what it looks like in your house, for example, is augmented reality, while an app that provides a 3D model of a house that you can look around in to see what the building looks like is an example of a virtual reality application. One of the problems with VR is that you need some kind of headset - at least a basic Google Cardboard headset. AR experiences typically work right off your phone, or sometimes, off your computer, though more advanced ones may require specialised equipment like glasses.

Here’s a non-comprehensive list of Indian companies that offer AR experiences to customers. We've tried these out to make sure they work well.

1. Lenskart
The company was one of the early entrants into the AR space, but it's continued to evolve its offering, and when we tested it while researching this article, we were really impressed by how powerful the experience is, and how easy the guided setup was. The Lenskart app and website both support the '3D Try On' feature. How it works is simple - give Lenskart access to your camera, and it'll show you what a frame looks like on your face. 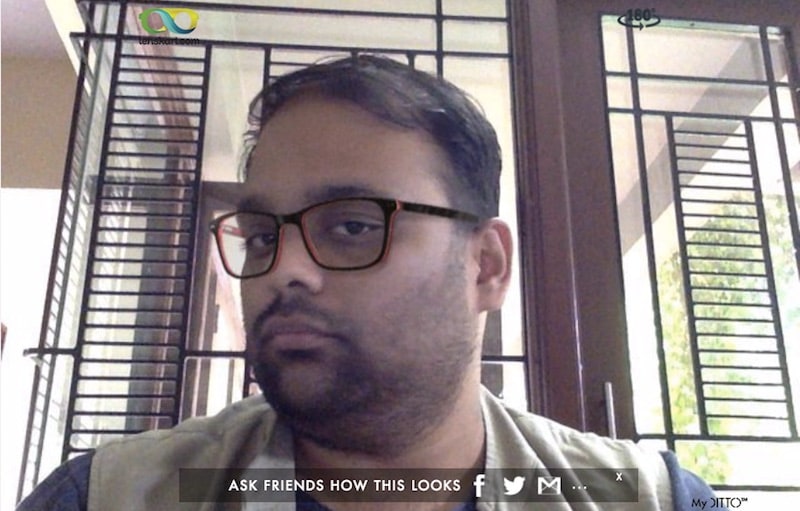 That's pretty basic, but what Lenskart does is records your face from multiple angles - there's a short setup required where you follow onscreen prompts to look left and right, letting it map your face - and then when you "try" on a frame, you can swipe on the image to turn your head to the left and right as well, to get a view of the glasses from different angles. The frames are aligned impeccably, and the experience was pretty smooth and powerful in our experience.

Lenskart on the Web | on Android | on iOS

2. CaratLane
Like Lenskart, CaratLane also lets you try on its products when shopping. Unfortunately, it won’t work on your computer and it doesn't work directly from the CaratLane app either. In addition to the CaratLane app, you need to install the Virtual Try On (VTO) app from CaratLane onto your phone to see your virtual self. Using the VTO app is pretty straightforward but for first time, you’ll need to set it up. Frame your face in the camera view, turn left and right, and then place the markers for where earrings go in, and you're good to go. Look for things in the CaratLane app, and once you find something you like, you can see it modelled against your face. Getting started is a little cumbersome compared to the same setup on the Lenskart app, but otherwise the overall experience was good, and the placement of the products works really well, so you can get a good sense of what it's like before you spend any money.

CaratLane on Android | on iOS

Virtual Try On on Android | on iOS

3. Makaan
We recently wrote about Makaan adding its AR feature MakaanView, which allows you to look for houses simply by moving your phone around to look at the world around you. The app has a number of other cool features, but the AR feature is actually something we quite liked. 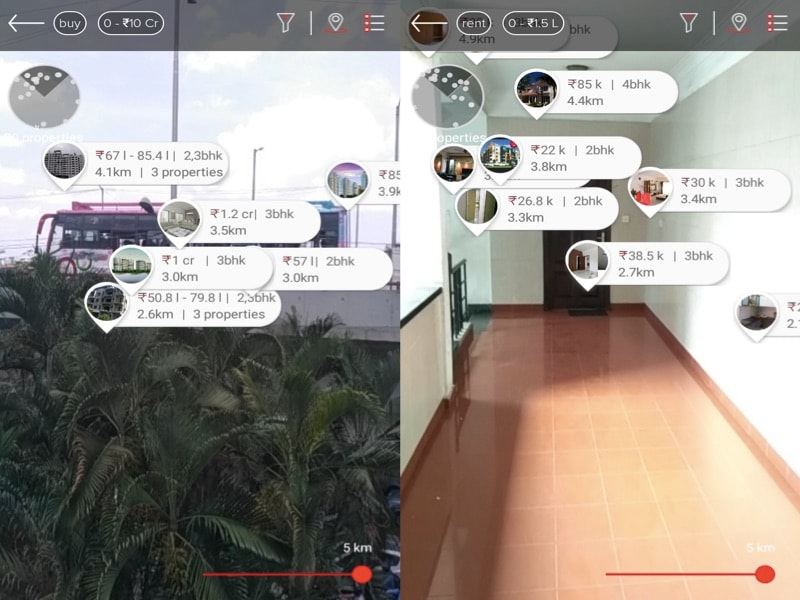 When you look for nearby properties, the phone goes into camera view, and you can point the phone at a tower to see how many units are available for rent in the building, for example. If you've narrowed down on the locality you're interested in renting or buying in, then this can be a clever way to quickly find available options, and to see whether you like the ones on offer or not.

Makaan on Android | on iOS

4. SIB Mirror
The South Indian Bank is doing a number of interesting things in the app, such as physical gestures and patterns, detailed reports, and easy P2P transfers. In terms of AR, it has a very simple feature that other banks should copy - an ATM and branch finder. This shows you a list view, with locations and distances, and tapping the augmented reality button switches to a camera overlay, showing you exactly where the ATMs are. 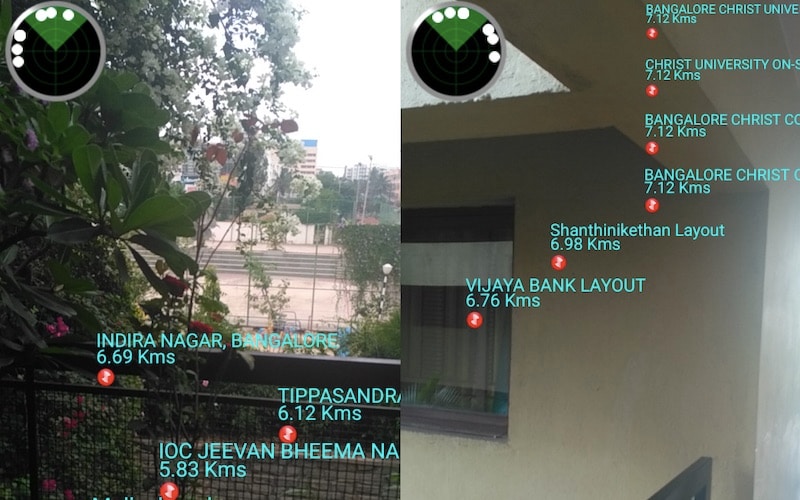 If you've ever been stuck outside a big complex and can't find the ATM, and there's no one nearby that you can ask, then you know exactly why something like this could be useful, as it'll help you pinpoint where you've got to go.

SIB Mirror on Android | on iOS

5. Tinkle
The great granddaddy of Indian comics, Tinkle holds a special place in the heart of many Indians. The comic is an institution, and in many ways, it stays true to its classic style and sense of humour. That doesn't mean that the comic is stuck in the past though. 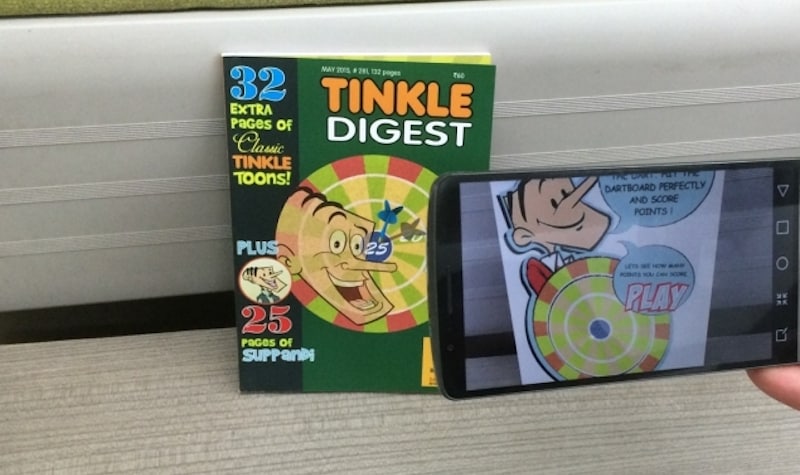 Tinkle has integrated with augmented reality, so you can do things like scan your copy of the comic book to play games on your phone, or see bonus content. To do all this, you have to download the Blippar app, and then scan tags and images in the comic using the app.

Blippar on Android | on iOS

These are five Indian apps making use of AR that we tried and liked. What apps have you used? Tell us, and the other readers, via the comments below.