Apps That Reward You Real Money for Doing Next to Nothing

Want to make a few bucks off the apps that you use? There are already lots of apps that reward you with free talk time for things like watching ads or installing apps but most of the apps we've looked at in the past are ones that pay you out in talk time. Apart from that, almost all the apps that offer rewards give the best rewards for downloading other apps; it can become quite tedious and time consuming.

Free talk time is great, but what if you'd rather have your reward come as cash, or at least as a coupon that you can spend in the real world somewhere? It turns out that there are a few apps that allow you to do this as well, and there are a number of different ways in which you can get this to work as well, apart from just downloading other apps. Here are our picks.

Yumchek
One of the easiest ways to make a few bucks is the Yumchek app. Essentially, the app wants to help you to find restaurants nearby to eat out, and the company has hit upon an interesting solution to figuring out where you actually eat. Eschewing check-ins and other gamified solutions, Yumchek is handing out cash for that information instead - you link your phone number to the app, and you get Rs. 5 in that Paytm account every time you upload a receipt from a restaurant. You also earn loyalty points that can be used to enter lotteries for bigger prizes such as winning an air fryer.

The company wants to use the data it gathers in this fashion to get an accurate picture of where you eat, and what, so that it can make more useful predictions and thus be more helpful to users than just a simple listings directory. It's slightly creepy, but at least you're volunteering all the data, and it's a very simple way to make a few bucks.

The rewards aren't very big, but if you're eating out anyway, it is just a small extra step to upload your receipt and earn a little money. And it's going into your mobile wallet, not towards your talktime, which is a plus because you can use it in any way that you want. And you don't have to do anything such as installing unwanted apps, so overall it looks to be a pretty good offer.

Get Yumchek for Android from Google Play.

Screenwise Media Panel
Google's market research program the Screenwise Media Panel has been in India for over a year, and helps the company analyse how people are using the Internet. The way it works is pretty simple - all you do is install the free Screenwise Panel app on your phone. When you access the Internet from your phone, Google will learn about the sites you visit, the apps you use, and some basic information about how you use them. You don't need to do anything other than keep the app on your phone and collect your rewards. It’s that simple. The data is all looked at only in the aggregate Google assures us, which is good because otherwise the idea of offering up a view over your shoulder is a little creepy. 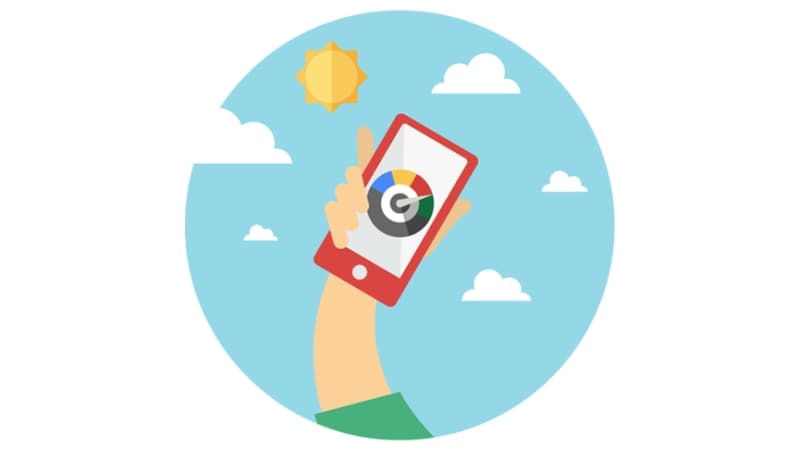 The rewards vary, but you can earn up to Rs. 200 per month, just by keeping the app installed. When you sign up and install the app, it just runs in the background, and you don't have to do anything. The reward increases the longer you stay in the program, but you can sign out at any time you like. You get Rs. 300 just for signing up, and an additional Rs. 100 per month, and an extra Rs. 10 per month. This means that you get Rs. 10 extra after a month, Rs. 20 extra after two months, and so on.

You can't redeem these rewards directly as cash, but instead, you get vouchers from multiple retail partners. Sellers whose vouchers you can get include Myntra, Shopper's Stop, Lifestyle and others - this means that the money you accumulate can be used even when shopping offline. And you're getting your rewards for doing nothing at all.

Sign up for Screenwise Media Panel on the Web.

Keettoo
Keettoo is a free keyboard app for Android that allows you to earn money by watching ads. It works like a normal keyboard app, but it also sends notifications about things like new product launches - tap the notification and you will see an ad, for which you are given a cash reward. Unlike other apps which pay you for watching ads, Keettoo is not a standalone app; this means that you never have to launch a specific app, scan through the ads, and pick one.

Instead, it's a normal keyboard application you can use all the time, and if you're free, you can just tap a notification and watch the ads. In this way, Keettoo again largely stays in the background - you don't actively have to do much to make some money using the app. But that's not the only reason why it's interesting. 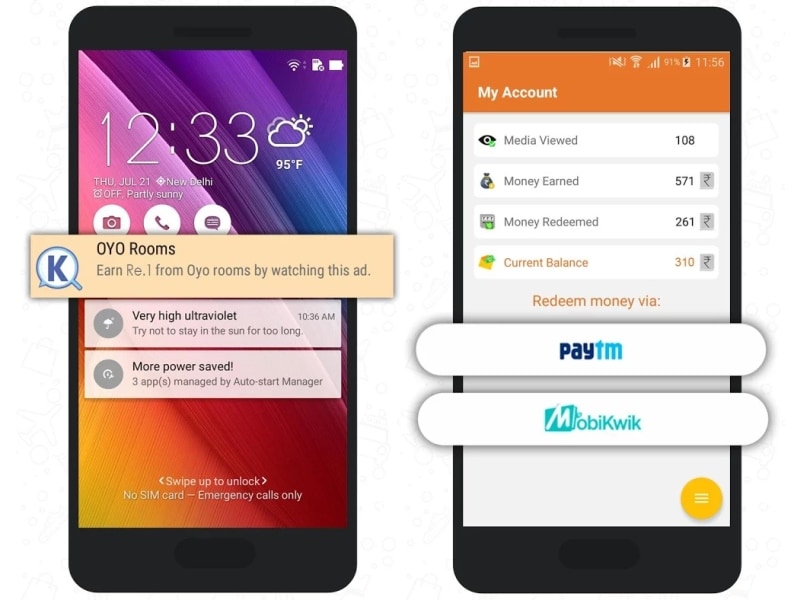 Unlike most apps that pay you for watching ads, Keettoo does not pay you in talktime. Instead, you can link your Paytm account to the app, and whenever you want, you can transfer money (which you earn from watching ads) from your Keettoo wallet to your Paytm or Mobikwik wallet. The company is also running a promotion at present where you double your balance when you transfer it to the wallet - so for example, if you have Rs. 50 in your Keettoo wallet and you transfer that to Paytm, you'll be credited with Rs. 100.

The app was interesting because it doesn't require you to actively go seek out ads, and because the rewards go directly to your mobile wallet, where you can use the money in any way you want.

Get Keettoo for Android from Google Play.

We wanted to find apps that give you rewards without having to go out of your way installing and trying out lots of third-party apps. We also liked that the rewards aren't given in the form of talktime. Do you know of more apps like these? Tell us via the comments.

Further reading: Yumcheck, Screenwise media panel, Keettoo, freebies, Rewards
Gopal Sathe Email Gopal Gopal Sathe is the editor of Gadgets 360. He also writes about gadgets, games, technology and society. Send him pitches for freelance stories, and give him feedback about how we&amprsquore doing! More
Twitter Will Not Count Media Attachments Towards 140-Character Limit From September 19: Report