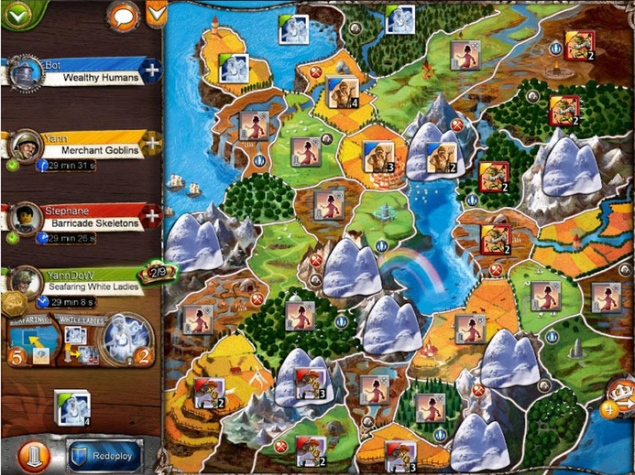 Our weekly column on app deals helps you to get the best apps without emptying your wallet. This week, you'll find some great games have gone on sale, such as Small World 2 and Game Dev story, while the Humble Bundle has got some excellent retro offerings this time around. There are some interesting apps like Doodle that have gone free, and other popular apps like Facetune are also having a sale right now. Read on for more details:

Small World 2
We've long been fans of the Small World board game, and when the first Small World game released on the iPad we downloaded it instantly. Small World 2 launched on iOS and Android a full year ago, and was well worth the $9.99 (approximately Rs. 600) asking price, with numerous small gameplay improvements over the original, and fantastic art and audio design that made it a delight to play.

(Also see: Eight Amazing Board Games You Can Play on Your Tablet)

If you enjoy board games and are looking for something fun to play with a friend, then Small World 2 is a great option. On smaller devices the UI can be a little cramped, but the game remains playable. On older Android devices the performance can be sluggish and so if you're using a phone that's more than a year old, it might be better to skip this.

Game Dev Story
Another great game that's definitely worth checking out, Game Dev Story is on a huge discount for a limited time, and if you haven't played it already then you really must pick it up now.

Game Dev Story is a time management game that puts you in the shoes of a game development company, and you have to work on different genres to see what is popular and try and deliver hits, keep your staff happy, and keep piracy at bay without losing customers.

It starts off easily enough but quickly beomes a frenzied race against time, and if you're looking for a fun way to kill time when on your commute, Kairosoft's game is definitely one to buy.