10 Tips and Tricks to Help You Master Alto's Adventure

Alto's Adventure is a beautiful endless snowboarding game that launched on Android on Thursday. There are plenty of endless runners on Android and iOS, from the likes of Temple Run to Subway Surfers. Unlike those games, getting a high score isn't really a big motivating factor if you are playing Alto's Adventure.

The game has 60 levels, with three achievements per level. Completing these achievements is what will keep you hooked to the game. Beautiful art and a pleasant soundtrack only add to the game's appeal. Alto's Adventure is free on Android and you should try it. If you're having trouble mastering the game or if you've just started and want some tips to get started, read on.

1. Alto's Adventure is all about goals
Like all endless runners, Alto's Adventure gets repetitive after a while. Your instinct might be to try and survive for as long as possible, but we recommend that you concentrate on your goals instead. Every 10 levels, you unlock a new character. Some of these characters are far better than Alto - the character you start with so try and unlock the new characters as soon as you can.

As soon as you've achieved the three goals, just crash and end your run right away. This will move you to the next level. We were often frustrated for a while because we were stuck trying to get that elusive rock bounce + grind challenge, which we'd managed comfortably a few times before reaching the level where it became one of the goals. The high scores will come towards the latter stages of the game's 60 levels, so worry about distance later.

2. Grinds are the best Alto's Adventure tricks
In the game you get a measly 10 points for a backflip, so if you are looking for a high score, backflips aren't going to help much. Your biggest trick combos will involve a lot of grinds. You can grind over ropes (bunting grind) or roofs, for which you earn 5 points for every two metres you grind. If you manage a long grind, you get a bonus, which can really propel your score. 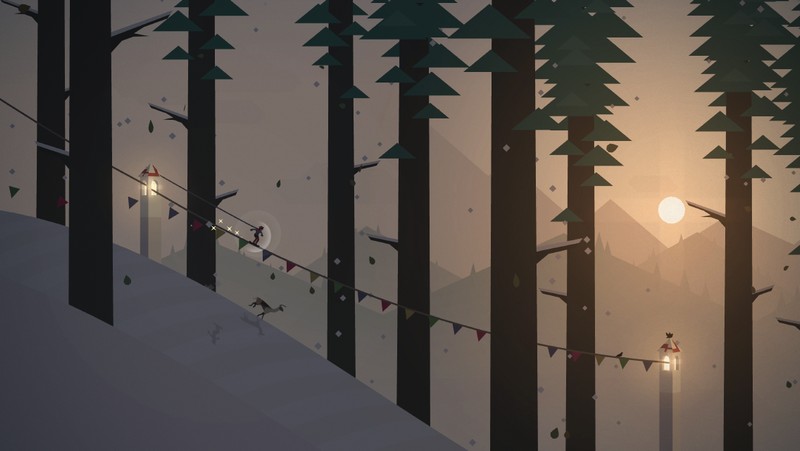 3. Upgrade the coin magnet first
Alto's Adventure has a few different powerups such as the coin magnet and a hover board. The coin magnet lets you collect coins near you, even if you don't pass through them. You will need coins to upgrade your powerups - such as to make the magnet's power last longer. We suggest that you upgrade it to maximum first so you can collect more coins per run and upgrade other items.

4. After the coin magnet, save up for the wingsuit
The next item on your purchase list should be the Wingsuit. This lets you glide over the snowy landscape of Alto's Adventure. Yes, you will be flying for a short while once you enable the Wingsuit. The more tricks you perform, the longer your character's scarf is. When it's at its longest, the Wingsuit button will appear on screen. You can use this to get out of a tricky elder chase or to chain your tricks.

5. Chain your tricks
In Alto's Adventure, each trick in a combo bumps up the multiplier by one count. If you manage to finish off a long grind with an insane triple backflip and adding a Wingsuit flight right at the end, you are looking at a 10,000-point combo. Each of those tricks individually don't result in many points, but combine them and you have a massive score.

6. Maya is the best
We aren't going to spoil the game for you by revealing each of the characters and their special powers, but until you can reach level 51, Maya (level 11) is going to be the best character for most challenges. She finds it hard to pick up speed, but is really fast at backflips. We tried all other characters until level 51 and found that Maya's fast flips make a big difference. After level 51, you'll unlock the best Alto's Adventure character. We won't reveal the name or the character's powers. Play the game and find out for yourself. 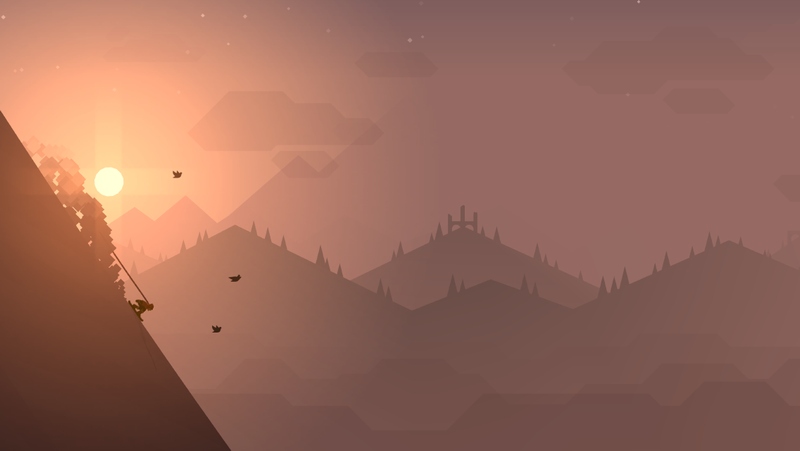 7. Landing tricks makes you temporarily invincible
After you land a trick, you gain a temporary speed boost, indicated by a kind of a shield appearing in front of your snowboarder. This is when you can smash rocks in your path and put some distance between you and the elders chasing you. There are ice patches that will give you a similar speed boost, but landing tricks (even simple backflips) is the best way to get a boost. When you have a speed boost, you can't crash unless you fall into a chasm.

8. Chasms don't appear without a warning
Alto's Adventure adds a bit of a challenge via chasms. Falling into one means it's game over, but these don't appear without a warning. Look out for warning signs, such as wooden boards with an exclamation mark on them in the background. Maya, being one of the slowest snowboarders in the game, requires a speed boost to get through most chasms. So try and land a trick before a chasm. You'll usually find a grinding rope before the chasm arrives, which makes things easier.

Some chasms involve a drop to a lower mountain, so you will reach the other side without jumping. However there are others that involve a 20-metre ascent to reach the other side. Jumping just before reaching the tip of the ramp gives you the required elevation in these cases. If you're having trouble clearing a chasm, you can use the Wingsuit to bail you out. 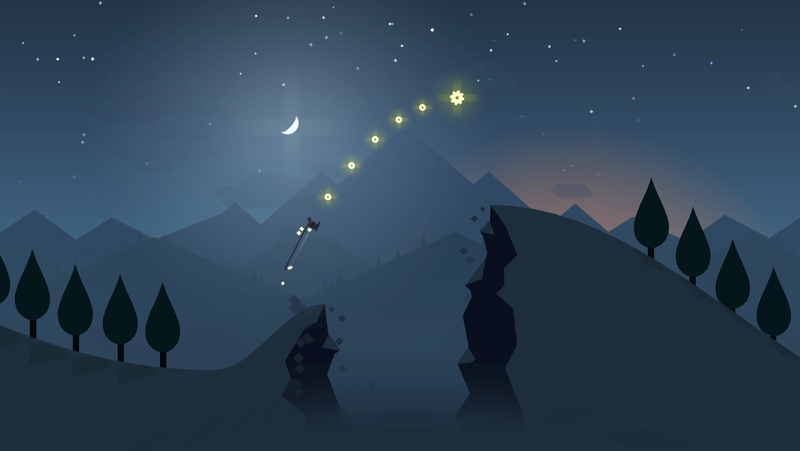 9. Hoverboard's not that bad
Most Alto's Adventure players we've spoken to don't like the hoverboard powerup much. It can distract you a bit when you're on a roll. Apart from protecting you from rocks in your path, the hoverboard also protects you when you're trying to land that elusive triple backflip. When you have the powerup, you get much more hang time on jumps, and are thus less likely to crash. It is particularly useful during longer runs, particularly after the 20-km mark where the landscape is strewn with rocks.

10. Rock bounce is an unlikely saviour
If you jump or flip and then land on a rock, your character will bounce back up. This often boils down to luck as it is not easy to control where you land. You should use rock bounces to squeeze in a backflip or two, as it could be the difference between a high-scoring trick combo and a record-breaking one. It's also the only way we've managed to land a quadruple backflip (triple backflip + rock bounce + backflip again - the second backflip becomes a quadruple backflip). You might not know that it could also save you from crashing. If you land headfirst or sideways on a rock while attempting that outrageous backflip, you bounce back up.

These tips should help you get through some of Alto's Adventure's basic challenges. Landing some of the tricks might take a while, so be patient. It took us nearly a month to finish all of the game's 60 levels, which means that there is a lot of replay value in this game. Having trouble with anything else in the game? Want to share your high score? Post a comment or tweet at the author via the link below.