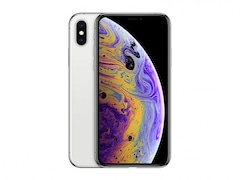 Apple says that affected Smart Battery Cases units were manufactured between January 2019 and October 2019. The company asserts that these affected units do not pose any safety threats.

If you watched this year's iPhone launch event, you could've been forgiven for thinking that the iPhone XS is the most underwhelming 'S' upgrade in the iPhone's history. Apple spent surprisingly little time talking about the new features of the flagship iPhone models — a lot more information has come out since, which makes them seem like bigger upgrades than one had initially thought.

Apple iPhone XS smartphone was launched in September 2018. The phone comes with a 5.80-inch touchscreen display with a resolution of 1125x2436 pixels at a pixel density of 458 pixels per inch (ppi).

Apple iPhone XS is powered by a hexa-core Apple A12 Bionic processor.

Apple iPhone XS based on iOS 12 and packs 64GB of inbuilt storage. The Apple iPhone XS is a dual-SIM (GSM and GSM) smartphone that accepts Nano-SIM and eSIM cards.

Apple iPhone XS price in India starts from ₹ 72,999. The lowest price of Apple iPhone XS is ₹ 72,999 at Flipkart, and is available in Gold, Silver, and Space Grey colours.