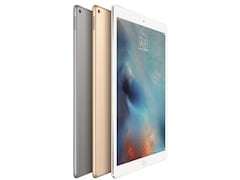 The iPad Pro is, at first glance, completely crazy. A giant iPad with all the limitations of iOS, coupled with added bulk that makes it harder to tote, and a price tag that starts at Rs. 70,000, all make it a hard sell. That's only the starting price though, and you're going to end up paying a lot more for this tablet.