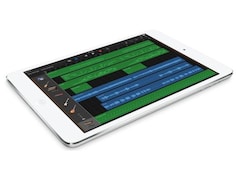 As far as the cameras are concerned, the Apple iPad mini with Retina display Wi-Fi on the rear packs 5-megapixel camera. It sports a 1.2-megapixel camera on the front for selfies.

Connectivity options on the Apple iPad mini with Retina display Wi-Fi include Wi-Fi. Sensors on the tablet include accelerometer, ambient light sensor, gyroscope, and compass/ magnetometer.