Celkon Signature One A107 and A9+ budget Android phones launched 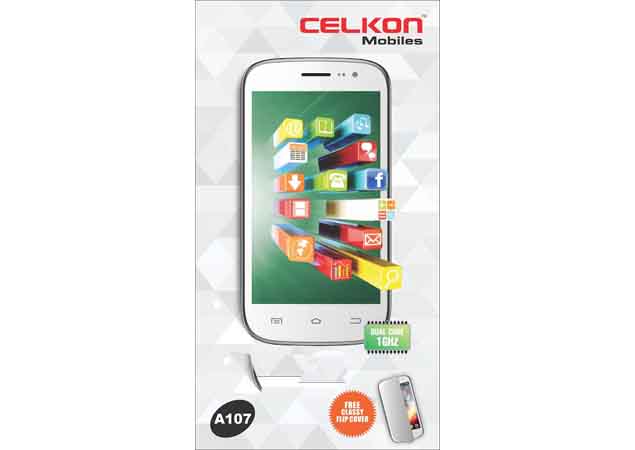 The Celkon Signature One A107 comes with a 5-inch capacitive display and has a resolution of 480X800 pixels. It carries a price tag of Rs. 6,999 and the company is giving a free flip cover along with the purchase of this phablet. It is powered by 1GHz dual-core processor along with 512MB RAM. The internal storage available on this device is a scanty 512MB, but it can be further expanded by up to 32GB through a microSD card. Much like the other budget phones being launched, this one too supports dual-SIM capabilities. It runs on Android 4.0 (Ice Cream Sandwich). Other features include an 8-megapixel primary camera, VGA front camera and a 2100mAh battery. Connectivity options include Wi-Fi, Bluetooth and GPS.

The Celkon A9+ on the other hand comes with a price tag of Rs. 3,299. It is also a dual-SIM phone, which features a 3.5-inch display and has a resolution of 320x480 pixels. It also runs on Android 4.0 (Ice Cream Sandwich). It is powered by 1GHz processor accompanied by 256MB of RAM. It comes with 512MB of internal storage, which can be expanded further via microSD card. For camera there is a 2-megapixel rear camera and a VGA front camera. The connectivity options include Edge, Bluetooth and Wi-Fi. It has a 1350 mAh battery on-board.

To sweeten the deal, Celkon is offering a free pouch worth Rs. 199 for free along with the purchase of Celkon A9+.

Celkon A107 Signature One key specifications