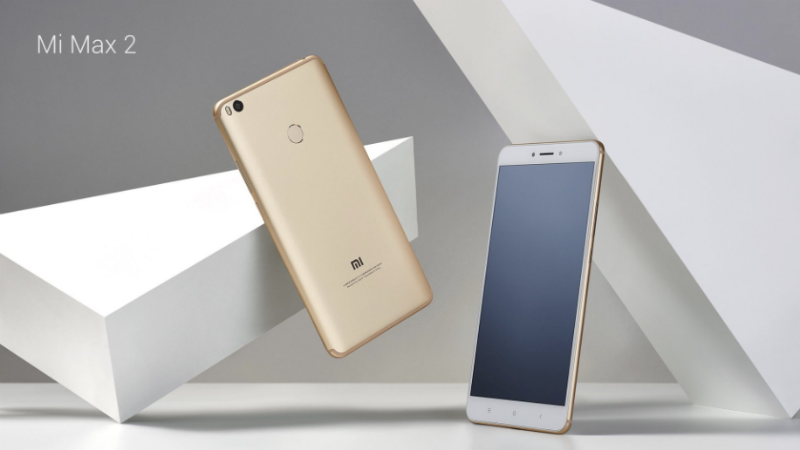 Xiaomi Mi Max 2, the successor to last year's Mi Max, has been launched in China. The phablet - available in 64GB and 128GB variants - sports a 6.44-inch display, 5300mAh battery, improved one-handed use, updated design, and stereo speakers. It goes on sale in China on June 1, but no release date for India has been revealed just yet. As for the rest of the specifications, Xiaomi Mi Max 2 packs the octa-core 2GHz Snapdragon 625 processor, 4GB of RAM, fingerprint sensor, and IR blaster. The Android Nougat smartphone has a 12-megapixel rear camera with PDAF and dual-LED flash, and 5-megapixel shooter in front.

To add to this, Indian smartphone manufacturer Zen Mobile has launched the Admire Sense smartphone in India. At just Rs. 5,999 you get a 5-inch display, 1.3GHz quad-core processor, and 1GB RAM. All par for the course until you factor in a fingerprint sensor and 4G VoLTE support as well as a digital assistant app. It will be available with partnered dealers across the country.

Government to look Into TRAI's proposal to penalise Airtel, Idea, Vodafone
The Indian government will consider the proposal of the Telecom Regulatory Authority of India (TRAI) on fining Airtel, Idea, and Vodafone for not providing adequate points of interconnections (PoI) to industry newcomer Reliance Jio and will take a decision at the proper time. Earlier TRAI recommended penal action against the three operators.

"Let the proposal come, we will look into it. We will decide in proper time," Communications Minister Manoj Sinha said on the sidelines of a press meet in New Delhi on Thursday, when asked what will be the government's stand regarding penalising Bharti Airtel, Vodafone India and Idea Cellular. Earlier TRAI recommended penal action against the three operators. The amount of penalty the three collectively have to pay is Rs. 3,050 crores.

Game of Thrones season 7 trailer is here
Nearly two months before season 7 of Game of Thrones, HBO has released the first full-length trailer for it. This comes after a few teasers hinting at what to expect. Featuring Cersei Lannister, mother of dragons Daenerys Targaryen, and King in the North Jon Snow, expect an all out battle royale involving the greatest threat aka the White Walkers. With season 7 consisting of a mere seven episodes, it will be interesting to see how this pans out. Game of Thrones season 7 premieres July 16 on HBO, July 17 on Hotstar, and July 18 on Star World Premiere.

Sony reportedly discontinues ‘Premium Standard’ range
Sony will reportedly be discontinuing the Xperia X and Xperia X Compact smartphone line. According to the company’s comments during its 2017 Investor Day, Sony managed to achieve 85 percent of its sales targets for these phones in Japan with only 31 percent internationally. Going forward Sony reportedly wants to focus on ‘technologies that only Sony can deliver’ and put more focus on its main markets like Japan, East Asia, APAC, Middle East and Europe. As for India, it appears that Sony remains wary to dominance of budgeted smartphones in the market.

iPhone 8 Hands-on Video Tips No Home Button, Wider Frame
It seems that the iPhone 8 may not have a home button after all. The latest leak showing off a dummy unit held in hand for the first corroborates previous iPhone 8 leaks such as a bezel-free display. If this ends up being what Apple reveals during its usual September iPhone event, it could indeed have a display embedded Touch ID sensor.

Facebook CEO Mark Zuckerberg to return to Harvard today as commencement speaker
Facebook founder Mark Zuckerberg, who dropped out of Harvard to work full-time on the social networking site, is returning as a commencement speaker to address its graduating class. On Tuesday, he live streamed a visit to the dorm room where he started the website initially called "thefacebook.com" and made available just to his classmates.

"This is literally where I sat. And I had my little laptop here and this is where I programmed Facebook. It took me about two weeks," Zuckerberg said in the video. "This is where it happened.”

DJI Spark launched: company's cheapest and most compact drone
Dronemaker DJI has launched its cheapest and most compact drone yet. The DJI Spark is a mini camera drone that weighs around 300 grams and costs Rs. 43,000 in India ($499 in the US). Not only is it comparable to a soda can in terms of size, it has a maximum flight time of 16 minutes and records 1080p videos. There’s a 12-megapixel sensor for still images too and UltraSmooth tech to reduce shake and rolling shutter effects as well.