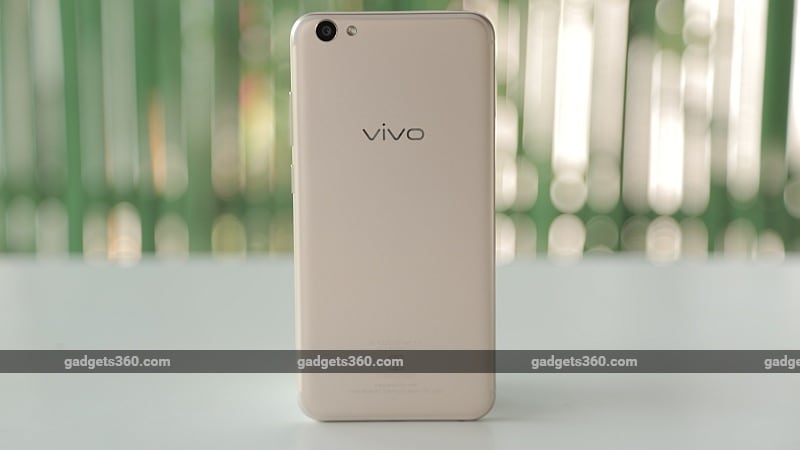 Chinese smartphone brand Vivo has launched a new selfie-focused smartphone in India. Priced at Rs. 18,990, the dual-SIM Vivo V5s will go on sale from May 6. It runs Funtouch OS 3.0 based on Android 6.0 Marshmallow. The Vivo V5s features a 5.5-inch HD (720x1280 pixels) IPS display with a pixel density of 267ppi. It is powered by a 1.5GHz octa-core MediaTek MT6750 SoC coupled with 4GB of RAM. Vivo V5s has a 20-megapixel front camera with f/2.0 aperture. The smartphone features a 13-megapixel camera dual-LED flash. It has 64GB of inbuilt storage that's expandable via microSD card (up to 256GB) in a hybrid dual-SIM format. The Vivo V5s has a 3000mAh non-removable battery and weighs 154 grams.

Moto E4, E4 Plus price, specs leaked
The leaks just keep on flowing when it comes to Lenovo's upcoming budget smartphones Moto E4 and Moto E4 Plus. A new report claims that the Moto E4 unlocked version is expected to be priced at EUR 150 (roughly Rs. 10,500), while the E4 Plus will come in two variants with the pricing starting at EUR 190 (roughly Rs. 13,300). The Moto E4 is tipped to be an iterative upgrade to Moto E3, while the Moto E4 Plus is expected to have many other changes and even a different design.

iPhone 8 fingerprint sensor not on back panel?
There is no stopping rumours of Apple's upcoming iPhone, presumptively named iPhone 8. The latest leak shows us what is supposedly the schematics of the iPhone 8's internals. The leak claims that the fingerprint sensor will not be on the back panel, which, if true, is a big relief. It also claims that the smartphone will support wireless charging up to 5 metres, something that we'd be slightly less inclined to believe at this point.

TRAI to consult on rules for new mobile operators
Several issues have emerged since Reliance Jio launched in the Indian market. The telecom operator offered its services for free for around six months and that didn't go down too well with competition. Now telecom regulator TRAI plans to start a consultation to frame rules on new operators offering free services during the trial period before launch. The number of subscribers an operator should be allowed to have during the trial period is one of the issues that will be taken up.

Jio DTH, Broadband, and More: 5 Things to Expect From Reliance Jio in 2017

Galaxy S8+ screen replacement cost, and Samsung's new texting app
Buying the Samsung Galaxy S8+? You might want to get a tough armour of a case. A new report claims that the screen replacement costs for this smartphone will be much higher than its predecessor. The material costs of this smartphone are reportedly higher as well, so perhaps there may be a grain of truth to this latest report. Combine this with reports that the new Samsung flagships are 'extremely susceptible to cracking' and you get a fair idea of what can go wrong.

In other news, Samsung appears to be working on a new In-Traffic Reply app that automatically sends text replies to texts and calls that arrive while you're driving. The app can reportedly detect when you're on the road via GPS but it's not clear how it differentiates between drivers and passengers in the car.

While all of us see "Don't Text While Driving" stickers on smartphones when we unbox them, many of us conveniently ignore these warnings while driving. It seems like Samsung has now taken matters into its own hands as the company has launched its In-Traffic Reply app that saves users from replying to messages and phone calls while on the road.

Google found to be India's most attractive employer
If you're wondering which company's the best employer in India, then Google may be the answer if a new survey is to be believed. According to the Randstad Employer Brand Research 2017, Google India is the country's most attractive employer, followed by Mercedes-Benz India. The survey touches upon several aspects of jobs in India, such as in which sector employees are most likely to stick to their jobs. This offers some valuable insights on the Indian workforce across sectors, so you should definitely read the report.

Don't install Windows 10 Creators Update manually: Microsoft
If you're the kind of person who always wants to stay on the bleeding edge and installs the latest updates manually on your PC, you might want to reconsider your approach. Microsoft started rolling out the Windows 10 Creators Update earlier this month and has now asked people to avoid installing the update manually. The company has said that there are some issues with the update and not everyone will be able to fix these. The recommended approach is to wait for the update to arrive automatically, which will presumably be when all issues have been fixed.

Instagram now has 700 million users
Instagram is growing at a rapid pace. The company has revealed that it added 100 million users in the last four months, and its overall user base has grown to 700 million. That means it has added 200 million users since June last year. This could partly be driven by promotions in the main Facebook app, where people can see an install Instagram prompt in the news feed if they don't have the app. Features such as Stories, live video, and disappearing messages in Direct have helped it grow, Instagram says.

Nintendo Switch expected to be a big success, like Super Mario Run
Nintendo appears to have turned a corner with the release of the Nintendo Switch gaming console. The company has said that it expects to sell around 13 million units by the end of March 2018, which is a big number for the first year for any gaming console. The strong initial sales momentum is raising industry expectations that the Switch could repeat the success of the Wii, which sold 20 million units in the first year and over 100 million overall. In more good news for the company, Super Mario Run has almost reached 150 million downloads across Android and iOS. While the game may not have been as big a financial success as the company wanted, it surely has been fairly popular across the world.