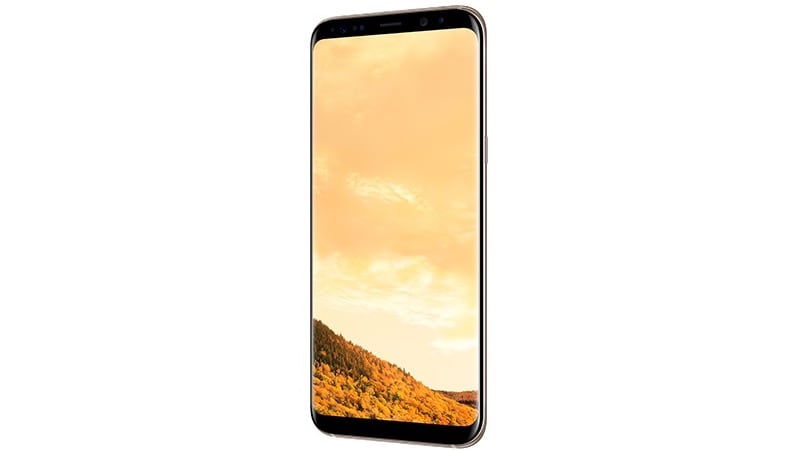 Those who pre-book the Galaxy S8 or Galaxy S8+, Samsung will be bundling a wireless charger free (Rs. 4,499) with the handset. The Samsung DeX mobile-to-PC transition tool on the other hand needs to be bought separately, and has been priced at Rs. 8,999. There's no word about the India pricing of the new Gear VR headset (with controller) or the new Gear 360 camera for now.  We also discussed whether the Galaxy S8's India price gives it an edge over iPhone 7 and Google Pixel in India on our podcast, so be sure to check that out as well.

Here's what else made news in the world of technology today.

Reliance Jio 'Double Data' offer for Samsung Galaxy S8
With the launch of its flagships in India, Samsung and Reliance Jio have joined hands to provide a 'Double Data' offer to Jio users who buy the Galaxy S8 or Galaxy S8+. As part of this offer, Galaxy S8 and Galaxy S8+ buyers on the Jio network will get 448GB of 4G data over 8 months on a monthly recharge of Rs. 309; this amounts to 2GB data per day. Effectively, the Jio Double Data offer on purchase of Galaxy S8 and Galaxy S8+ doubles what Reliance Jio was offering in its Jio Dhan Dhana Dhan plan.The offer starts from May 5  and will last for 8 months. This will only be available for Jio users who have enrolled for the Prime membership.

Xiaomi Mi 6 with 6GB RAM and dual rear cameras launched
After a lot of leaks, Xiaomi has finally launched its Mi 6 flagship smartphone at an event in Beijing. Some of the highlights of the Xiaomi Mi 6 include a Snapdragon 835 SoC, 6GB of RAM, and dual rear cameras. The Mi 6 variant with 64GB storage and 6GB RAM has been priced at CNY 2,499 (roughly Rs. 23,500), while the model with 128GB storage and 6GB RAM costs CNY 2,899 (roughly Rs. 27,000); both variants come in Black, White and Blue colour options. There's a third version of the smartphone, called the Xiaomi Mi 6 Ceramic, which sports a four-side curved ceramic body and 18K gold-plated camera rims at the back, and comes in Black colour. It has been priced at CNY 2,999 (roughly Rs. 28,000) and comes with 6GB RAM and 128GB storage.

Amazon Fire TV Stick launched in India at Rs. 3,999
Just as we expected, Amazon has launched the Fire TV Stick – its competitor to Google Chromecast – in India at Rs. 3,999, which means you can now easily watch Prime Video on your TV. If you’re a Prime member, it will ship with your credentials configured, and net you Rs. 499 cashback via Amazon Pay. You can also get it from physical retailers such as Croma and Reliance Digital starting Thursday. Some limited period offers include 100GB of free data on your Airtel broadband/ 4G Wi-Fi connection for a period of three months, and 240GB data on your You Broadband connection for the same period. There’s also a three-month free premium subscription for Eros Now, six months of ad-free streaming on Gaana, and a month of ad-free streaming on Voot with the Amazon Fire TV Stick in India.

Facebook's F8 2017 developer conference kicks off
Facebook's annual developer conference F8 2017 kicked off at the McEnery Convention Center in San Jose, California, on Tuesday, and Day 1 saw augmented reality as the centre of discussion of the event. Facebook CEO Mark Zuckerberg called smartphone cameras an initial and promising platform for augmented-reality features in applications tailored to sync with the social network. Previously, Facebook had been focused strongly on virtual reality as the next big computing platform, particularly using Rift headgear made by its Oculus unit.

Zuckerberg also seems to have taken a jab at Snapchat by stating Facebook does innovation to serve "everyone" in the community and not just the "high end". This is an apparent swipe at Snapchat boss' reported "poor countries" remark that triggered a controversy in India. He also told investors he's not in any rush to make money from Messenger. Last year, Facebook Messenger got users to talk to businesses through automated bots, which sparked a wave of hype - and then skepticism, because the tools were so rarely used. The company plans to double down on this in order to improve the functionality.

Check out the rest of the updates from the Facebook F8 conference.

Report claims BigBasket in talks for possible merger with Grofers
India's online grocery delivery service BigBasket and smaller rival Grofers have begun talks on a possible merger. If this goes through, SoftBank Group, which is an existing investor in Grofers', will participate in a $60 million to $100 million (roughly Rs. 388 crores - Rs. 645 crores) funding round in the merged company, the report added.

Paytm reportedly in talks with SoftBank to raise up to $1.5 billion
Electronics payments provider Paytm is in talks with Japan's SoftBank Group to raise $1.2 to $1.5 billion (roughly Rs. 7,748 crores to Rs. 9,685 crores) in cash, making the latter one of the largest shareholders in the fintech start-up, Mint reported on Wednesday. The deal, which could increase Paytm's valuation to $7 to $9 billion (roughly Rs. 45,196 crores to Rs. 58,108 crores), will see SoftBank buying some shares from existing Paytm investor SAIF Partners and founder Vijay Shekhar Sharma beside investing money in the company, the report added.

ZTE Axon 7s and Axon 7 Max launched
Chinese handset manufacturer ZTE has unveiled the Axon 7s alongside the Axon 7 Max, giving an upgrade to the company's premium Axon 7 smartphone. The Axon 7s is powered by a Qualcomm Snapdragon 821 processor while the Axon 7 Max packs a massive 4100mAh non-removable battery. The company in a release is stressing on security features of the new smartphones which comes with "systematic integration of intelligent encryption."

Windows 10 to get 'Power Throttling' feature for extending battery life in laptops
Microsoft is looking to address one of the biggest pain points in laptops - that of battery life draining due to multiple apps running in the background. In the latest Windows 10 Insider Preview build, Microsoft is testing a Power Throttling feature that will save overall battery usage. The feature is claimed to provide up to 11 percent savings in CPU power consumption. The only prerequisite for this feature to work is that your machine has to be running on Intel sixth generation and above Core processors - which means only Skylake and Kaby Lake processors can take advantage of this feature for now.

Google Maps for iOS finally gets Timeline feature
Google just updated its Maps app on iOS to allow users to share their realtime location with friends and even added a directions widget at the lock screen to provide more convenience. Now, it has finally started rolling out its Timeline feature, which has been available to Android and desktop users for quite some time, to its iOS app as well. The feature is accessible from the slide-out menu, and allows users to get a quick view at the recently visited places and helps them keep track of their activities.

Apple's GarageBand, iMovie, iWork apps are now free for all
In a new development, Apple is making its GarageBand, iMovie, and iWork apps free for all users. While most users with iOS and macOS devices were already using them for free, some legacy handset users were still forced to pay a premium fee for using these apps. However, moving forward, all users will be able to use it for free. For all users who bought Apple hardware post 2013 will most likely see no change as such, but old hardware users will now see these apps as free on respective stores.