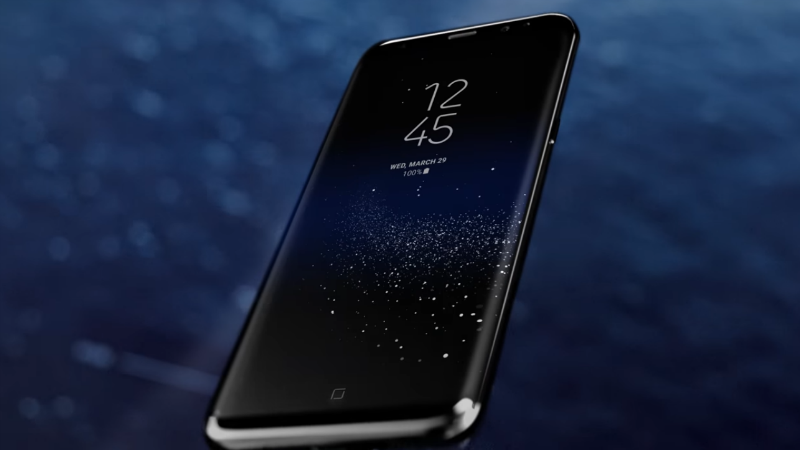 The Samsung Galaxy S8 and Galaxy S8+ pre-registrations page gathers all your contact information and email ID to notify you when the smartphones will be made available. It’s still anyone’s guess as to when the phones will actually launch but if the pre-registrations are open, then our guess would be by the end of the month or early May.

Here’s what else made news in the world of technology today:

YouTube Go now available in Beta in India
Since the fall, Google has been conducting extensive tests in India of YouTube Go, which allows users to save videos to watch offline, and monitor their data use; you can try the app yourself from the India Play Store. India is the first country to receive this app and it will also be released in other emerging markets later, company executives said in an interview. YouTube executives said they sought to build a product for Indian users from the ground up rather than releasing a slimmed-down version of their primary app.

WhatsApp privacy policy case referred to constitution bench by Supreme Court
The Supreme Court on Wednesday referred messaging app WhatsApp's privacy policy matter to a Constitution bench which will hear the issue on April 18. The apex court had on January 16 sought responses from Centre and telecom regulator TRAI on a plea that privacy of over 157 million Indians has been infringed by social networking sites - WhatsApp and Facebook - for alleged commercial use of personal communication. The High Court had also directed the Centre and TRAI to examine the feasibility of bringing the functioning of Internet messaging applications like WhatsApp under statutory regulatory framework.

iPhone 8 reportedly delayed till November, tipped to cost less than $1,000
The iPhone 8 may be delayed due to “technical issues related to the lamination process of curved OLED panels, and the adoption of a 3D sensing system.” iPhone 8 has been tipped to come with radical design changes, and these changes are now causing hurdles in its production. The iPhone 8 is also expected to be called the 'iPhone Edition' – taking cue from the Apple Watch series calling its most premium line Apple Watch Edition. Earlier reports suggested the next Apple flagship smartphone may cost north of $1,000, but a fresh investor note from UBS suggests that it could be priced starting $850 to $900 (roughly Rs. 55,100 to Rs. 58,400).

Samsung Galaxy J3 Pro with S Bike mode launched at Rs. 8,490
Samsung has launched its budget Galaxy J3 Pro smartphone in the country at a price of Rs. 8,490. Samsung has partnered with Paytm Mall to make it exclusively available on the platform from Thursday, April 6. Similar to other J-series Samsung phones, the new Galaxy J3 Pro also features a frame with a metal-like finish. The Android 5.1 Lollipop handset sports the signature home button seen on almost all Galaxy smartphones, except for the latest flagships launched this year. It also features the S bike mode, with special handsfree functions for bikers.

Xiaomi Mi Pad 3 with hexa-core MediaTek SoC, 13-megapixel camera launched
Xiaomi has launched the Mi Pad 3 in China, priced at CNY 1,499 (roughly Rs. 14,100); the new tablet is currently available in Champagne Gold colour. The Xiaomi Mi Pad 3 sports an all-metal casing, which was seen on the previous iteration, and features a 7.9-inch Retina display (2048x1536) with pixel density of 326ppi. It packs a hexa-core MediaTek MT8176 processor under the hood, coupled with 4GB LPDDR3 of RAM. The Mi Pad 3 is offered with 64GB of internal storage, which is non-expandable.

Snapdeal board said to be mulling sale, SoftBank said to appoint second director
The board of e-commerce major Snapdeal is believed to have discussed a possible sale of the company at a meeting Tuesday wherein its Japanese investor Softbank also appointed its second director in the e-tailer. When asked if the board discussed/finalised matters related to stake sale and fresh fund raising, a Snapdeal spokesperson said: "There are no decisions in this regard". SoftBank is the largest shareholder in Snapdeal.

New Mac Pro models unveiled starting at Rs. 2,49,900
After launching new Red variants for the iPhone 7 and iPhone 7 plus, and a new 9.7-inch iPad, Apple has now updated its Mac Pro lineup as it had promised earlier this week. The new model packs upgraded specifications including a 3.5GHz 6-core Intel Xeon E5 processor, Dual AMD FirePro D500 GPUs and 16GB of RAM, up from the old quad-core processor with 12GB RAM. The pricing has dropped in the US but in India, the base model pricing remains the same at Rs. 2,49,900.

Huawei Y5 2017 with front flash, 3000mAh battery launched
Huawei launched the new Y5 2017 smartphone, whose pricing and availability details are yet to be revealed. The device sports a 5.0-inch HD display and is powered by a 1.4GHz quad-core MT6737T SoC (Cortex-A53). The phone comes with 2GB of RAM. The Huawei Y5 2017 comes with 16GB of inbuilt storage, which is expandable via microSD card (up to 128GB).