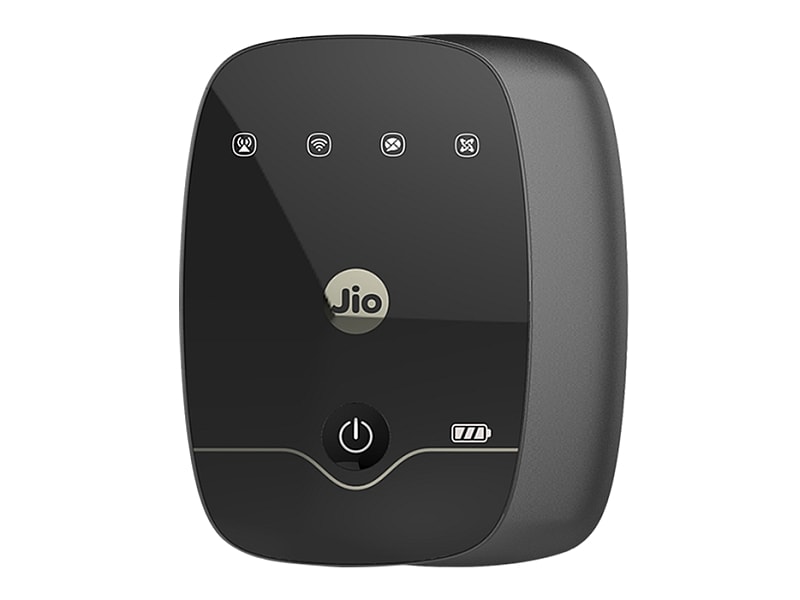 Reliance Jio has introduced new plans for its portable Wi-Fi hotspot JioFi, which are only applicable for new customers. Upon purchase of a new JioFi (Rs. 1,999), a companion SIM card, and the Rs. 99 Jio Prime subscription service, you can choose from four recharge packs of varying data caps and validity period: Rs. 149, Rs. 309, Rs. 509, and Rs. 999.

The Redmi Note 4, which was launched in August last year and made it to India at the beginning of 2017, will surprisingly miss out on Nougat. That's especially weird considering Nougat had already arrived before the phone went global.

Meanwhile, the Redmi 4 – a different phone that released a couple of months back – temporarily went on sale Tuesday afternoon. It was available via Amazon India and Mi.com for a few hours. The next Redmi 4 sale will be on July 10 at 5pm.

Moto M2 coming in October, as Moto E4 goes on sale unofficially
The Moto M2 has been tipped for an October launch, according to a new report, and will have two RAM/storage variants: 4GB/32GB, and 6GB/64GB. The phone will also have a 5.5-inch full-HD display, and a "cutting edge" MediaTek processor. It will be available in more markets than its predecessor, the report added.

Lenovo seems to have quietly launched the Moto E4 in India on Tuesday, as a Mumbai retailer uploaded a video showing the retail box and the internals, and claimed the phone was now available for purchase. It costs Rs. 8,999, and gives you a 5-inch HD display powered by a 1.3GHz quad-core MediaTek chip and 2GB RAM, with 16GB of internal storage and Android 7.1 Nougat. In terms of camera setup, the Moto E4 has an 8-megapixel f/2.2 rear sensor, and a 5-megapixel f/2.2 front sensor.

Lenovo Vibe K5 available for Rs. 3,000 less for one day
Flipkart has cut down the price of Lenovo Vibe K5 by Rs. 3,000 as part of a one-day sale, which began on Tuesday 12am and ends on 11:59pm. During that period, the phone will cost Rs. 9,499. The discount is only applicable on the lower 4GB RAM/32GB internal storage variant.

Apple testing 3D face scanning for next iPhone
Countering half a dozen earlier reports, a new report from Bloomberg has suggested that Apple may do away with its Touch ID fingerprint sensor in lieu of 3D facial recognition on the next iPhone. It'll be used to unlock the screen, authenticate payments, and launch secure apps, the report added, though it's still too early in development and hence might not make it to this year's iPhone 8.

Further proof that Galaxy Note 8 will have dual rear camera
A new leak for the upcoming Galaxy Note 8 corroborates what we've seen before, in that the Samsung phone will have a horizontal dual rear camera setup. The design render comes from an accessories manufacturer, which have served as a good indicator for a phone's final design in the past, since they need finished work to make phone skins and such.

Karbonn K9 Kavach 4G touts more secure BHIM and fingerprint sensor at Rs. 5,290
Karbonn launched the K9 Kavach 4G in India on Tuesday at Rs. 5,290. The company stressed on the preloaded inclusion of the digital payments BHIM app, which is why it's seen fit to put a rear fingerprint sensor on the budget Android device. Karbonn said the app's access and security mechanics have been embedded on a firmware level, which will supposedly make it safer than usual.

As for the phone itself, the K9 Kavach runs Android Nougat on a 5-inch HD IPS display, which is powered by a 1.25GHz quad-core processor with 1GB RAM. There's a 5-megapixel camera on the front and the back, and 8GB internal storage which is expandable up to 32GB via a microSD card.

Moto Mods get six new work-in-progress additions
Lenovo unveiled a total of six new Moto Mods at an event in Ghana on Tuesday, including Moto 360 Camera Mod, the ROKR Mod, the Studio Mod, DirecTV Mod, DSLR Mod, and the Action Mod. All of them are currently a work-in-progress, with the 360 Camera closest to production. While it's obvious what its purpose is, the others either help improve sound reproduction/ capture, stream TV to your phone, or turn your Moto phone into a DSLR or GoPro-style camera. You can read about them in detail here.

Nubia N2 listed on Amazon a day before India launch
The Nubia N2 is a day away from launch, but most of the details have been revealed via an Amazon listing and its Twitter account. In a tweet, Nubia India said that the phone would go on sale July 5 at 12pm. The Amazon listing, on the other hand, confirms that the N2's India variant will be similar to the Chinese one. It'll have a 13-megapixel f/2.2 rear camera, 16-megapixel f/2.0 front camera, a 5.5-inch HD AMOLED display, an octa-core MediaTek chip, 4GB RAM, 64GB internal storage, and a 5,000mAh battery. Unfortunately, the Nubia N2 will ship with Android 6.0 Marshmallow. All that's left now is the price.

Spice gives phone business another shot with eight new devices
Spice has launched eight new phones in India as part of its brand revamp with Transsion Holdings, including three smartphones – the F301, F302 and K601 – and five feature phones: Z101, Z102, Z201, Z202, and Z301. While the feature phone range starts from Rs. 1,180, the smartphones begin at Rs. 5,590. All eight phones will go on sale July 11. Head here for the full pricing breakdown.

Despite being a week away from availability, Spice didn't provide any details on its new line-up. All we know is that the F301 will have "3D immersive sound", the F302 has a fingerprint scanner, and the K601 will have 2GB RAM in addition to fingerprint sensor gestures. The Z101 and Z202 will have 2,500mAh batteries, the Z201 and Z301 have dual speakers, and the Z202 can also act as a power bank.