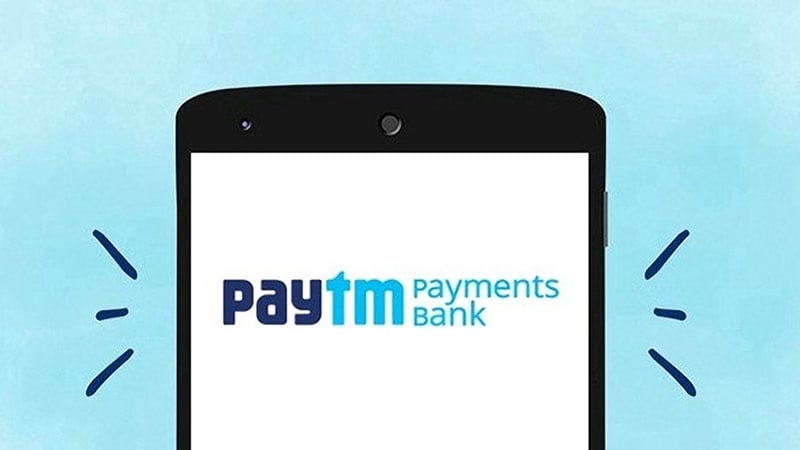 The Patym Payments Bank has finally been launched after months of delays, becoming the third entity to do so after Airtel and India Post. The Paytm payments bank offers 4 percent interest rate and cashbacks on deposits, no fee on online transactions, and no minimum balance requirements. Unlike standard banks though, the Patym Payments Bank cannot issue loans and credit cards. As part of the process, the company will shift all 220 million customers who use its digital wallet to the payments bank, and aims to attain 500 million customers in the next three years. For now, the payments bank is available on an invite-only basis.

Microsoft Surface Pro with LTE option and 13.5 hours of battery life launched
At its event in Shanghai, Microsoft launched the fifth-generation of its 2-in-1 detachable Surface Pro, which drops the numbering scheme. It’s got Intel’s latest seventh-gen Kaby Lake processors, with the new fan-less design of Core m3 and i5 delivering 50 percent more battery life than its predecessor, bumping it from nine hours to 13.5 hours. It’ll be available June 15 in 25 countries, starting at $799 (roughly Rs. 52,000).

And for the first time, the Surface Pro has a model with LTE Advanced option, which will support micro-SIM and eSIM. There’s no information on its processor, pricing, or release date. Plus, while the Type Cover had always been a separate purchase for $129 (roughly Rs. 8,500), a new next-gen Surface Pen will also now be sold separately at $99 (roughly Rs. 6,500).

Nokia 9 spotted on GeekBench; Moto G5S, Moto G5S Plus leaked
Nokia 9, rumoured to run the Snapdragon 835 chipset, has been supposedly spotted in a GeekBench listing, delivering scores that should help it rival the performance of today’s flagships. There are two additional caveats – one, it was running an older version of GeekBench, and its single-core scores aren’t that impressive.

Apart from the Nokia phone, two more Lenovo phones – the Moto G5S, and the Moto G5S Plus – have leaked courtesy a presentation slide, giving us a look at their possible design and specifications. From the leak, we know the screen resolution (full-HD) and sizes: 5.2-inch on the Moto G5S, and 5.5-inch on Moto G5S Plus; and that the latter might have a dual-camera setup.

Samsung Galaxy Wide 2 mid-range smartphone launched
Samsung’s homeland-centric sub-brand, the Galaxy Wide, has received a successor. Called the Galaxy Wide 2, and priced at KRW 297,000 (roughly Rs. 17,000), the smartphone has a 5.5-inch HD LCD display with 2.5D curved glass. It’s powered by an octa-core 1.6GHz processor with 2GB of RAM running Android 7.0 ‘Nougat’, and has 16GB of internal storage that can be expanded up to 256GB via microSD card. On the camera front, you get 13-megapixel f/1.9 on the back, and 5-megapixel on the front. There’s a 3,300mAh battery inside. The Galaxy Wide came to India as the Galaxy On7 later, so there’s every chance this will show up too.

OnePlus 5 might appear in four different colours
With OnePlus’ next flagship, the OnePlus 5, set to release later in the summer, the Chinese company has been building up hype ever since its official confirmation. In a new tweet, OnePlus asked which colours users would like on their next phone, and then showed four options in an image: Black, Red, Gold, and what the company calls ‘Unicorn’. Of course, this doesn’t guarantee four colour options for the OnePlus 5, and it may well be a marketing stunt.

Tesla doesn’t need local-sourced parts to manufacture in India
After a tweet from Tesla CEO Elon Musk signalled a delayed arrival of the carmaker’s Model 3, the Indian government cleared the air that Tesla wouldn’t need to source local parts to manufacture in India. Interestingly, the clarification was sent via the Make in India Twitter account, with Elon Musk mentioned. Musk had earlier tweeted that he was told “30% of parts must be locally sourced” and given India’s current supply chain, which isn't feasible for the company at the moment.

Apple might expand iPhone production in India
India’s IT minister Ravi Shankar Prasad said that the government is currently in talks with Apple to increase local iPhone production by offering tax concessions on components that cannot be manufactured here. Apple started a trial run of making iPhone SE in Bengaluru, which have reportedly already reached stores across the country. India is an important market for Apple, given stagnation in established markets and competition from domestic companies in China.

Meizu M5c, Honor 6A smartphones launched
Meizu and Huawei have launched several new devices, with the former launching a mid-range phone, called the M5c, and the latter launching the Honor 6A budget phone, Band 2A fitness tracker, and Play Pad 2 tablet.

The Honor 6A, meanwhile, is a budget phone coming in at CNY 799 (roughly Rs. 7,500) for the lowest variant. A dual-SIM smartphone running Android 7.0 Nougat, the 6A has a 5-inch HD display, and an octa-core Qualcomm Snapdragon 430 SoC with either 2/3GB RAM, and 16/32GB internal storage. You can expand either up to 128GB, with the help of a microSD card. The new Honor phone has a 13-megapixel rear camera with a fingerprint scanner below it, a 5-megapixel front camera, and a 3,020mAh battery.

The Honor Band 2A, priced at CNY 199 (roughly Rs. 1,870), has a rectangular display like that on the Fitbit Charge 2. Apart from the fitness smarts, it’s got a heart-rate sensor, sleep tracking function, and IP67 rating. Huawei claims a battery life of nine days, though that will only be revealed upon proper testing. Lastly, the Honor Play Pad 2 comes in two different sizes – 8-inch and 9.6-inch – with the same 1280x800 pixel resolution. Everything else is the same too: a quad-core Snapdragon 425 processor, 2GB RAM, 16GB internal storage (expandable up to 128GB), 5-megapixel rear and 2-megapixel front cameras, and a 4,800mAh battery. Both run Android 7.0 ‘Nougat’ out of the box.