OnePlus 5 Set for Launch, Amazon India Sale, Moto C Plus on Flipkart, and More: Your 360 Daily 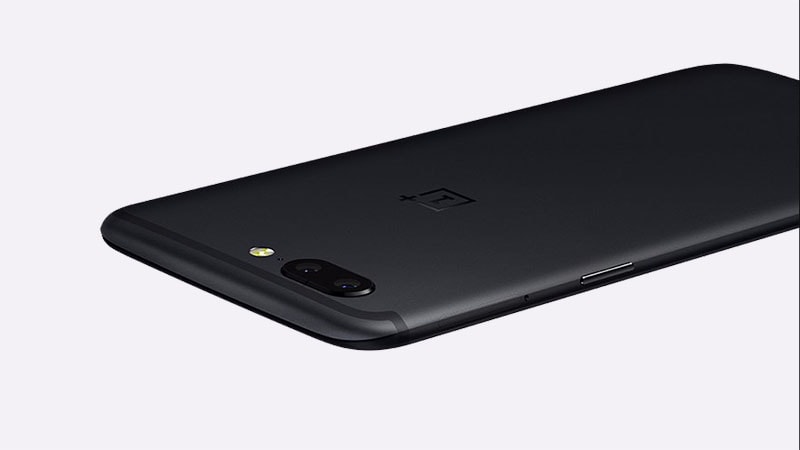 OnePlus 5 – the OnePlus next flagship – is set for its global launch on Tuesday at 12pm ET (9:30pm IST), and will be available at a pop-up event in New York. The phone will have its India launch on Thursday, and it'll be available for purchase later that day on Amazon. You'll also be able to pick it up at similar pop-up events in Delhi, Mumbai, Chennai, and Bengaluru.

Thanks to the innumerable leaks and official reveals we've had the past few weeks, there isn't much left that we don't know about the OnePlus 5. Everything from the design, specifications, and pricing has been revealed multiple times, so the launch event will essentially serve as official confirmation of the facts. The rear camera setup on the OnePlus 5 has been confirmed: there will be a 16-megapixel Sony sensor with f/1.7 aperture, and another 20-megapixel Sony telephoto lens with f/2.6 aperture. There's also a new press render of the phone's front and back.

Amazon's smartphone sale continues
The three-day Amazon sale on smartphones, laptops, TVs, and other electronics continued on Tuesday with deals on mobile phones by Apple, Samsung, LG, OnePlus, Moto, and many others. In terms of discounts, the iPhone 7 starts at Rs. 42,999, the iPhone SE at 19,999, the OnePlus 3T at Rs. 29,999, and the Moto G5 Plus at Rs. 16,999. The sale will end Wednesday, so you have another day to make the purchase, or at least until the deal lasts.

Moto C Plus now on sale in India
Lenovo's new budget Android Nougat phone – the Moto C Plus – went on sale in India on Tuesday. It's available via Flipkart at Rs. 6,999, with launch offers providing 30GB additional data on Reliance Jio, or a Motor Pulse Max headset worth Rs. 749. As for the specifications, the Moto C Plus has a 5-inch HD display powered by a 1.3GHz MediaTek MT6737 quad-core Cortex-A53 SoC, with 2GB RAM. It has 16GB inbuilt storage, which is expandable via microSD card, up to 128GB. There's a 8-megapixel f/2.2 rear camera, and a 2-megapixel front camera. Thanks to its bigger size (relative to the Moto C), it has a 4,000mAh battery inside.

Samsung Galaxy Tab S3 launched, Galaxy J7 Max goes on sale in India
Samsung launched its latest tablet – the Galaxy Tab S3 – in India on Tuesday, which was first shown off at MWC earlier in the year. It is available via Samsung India's website, and offline stores at Rs. 47,990 for the Wi-Fi + LTE variant. Strangely, the standalone Wi-Fi variant isn't an option. While the S Pen stylus comes in the box, you'll have to shell out Rs. 2,999 for the Book Cover, and Rs. 8,499 for the Keyboard Cover. At launch, Reliance Jio will give double data to Galaxy Tab S3 owners, which comes to 56GB per month at Rs. 309.

Meanwhile, the Galaxy J7 Max – unveiled alongside the J7 Pro last week – has gone on sale in the country. It costs Rs. 17,900, and is available via stores and the Samsung site. It runs Android Nougat on a 5.7-inch full-HD display, with a MediaTek Helio P20 octa-core processor, 4GB RAM, 32GB storage, and 3,300mAh battery inside.

Paytm embraces UPI with its Payments Bank
In a move that brings it slightly closer to a standard bank account, Patym has announced that it will bring UPI to its Payments Bank in the near future. The virtual payment address will be @paytmbank, and users will be able to send and receive money into their Paytm account using any UPI app. As of now, Paytm Payments Bank is only open via invitation.

Nokia 9 might not have a 4GB RAM variant
According to a US FCC listing, HMD Global might ditch the 4GB RAM model of the rumoured Nokia 9. The FCC document says HMD has requested a transfer of the assigned permits, while stressing that there's no underlying change that will affect the FCC testing. According to previous leaked GeekBench listings, we might still get two variants of the Nokia 9: 6GB and 8GB RAM.

While Cook and Bezos brought up the importance of coding and AI respectively, Nadella focused on the value of immigration, a hot topic for the Trump administration which has clashed with Silicon Valley over the issue. Meanwhile, Palantir co-founder Peter Thiel – a known Trump supporter - "effusively" praised the US president.