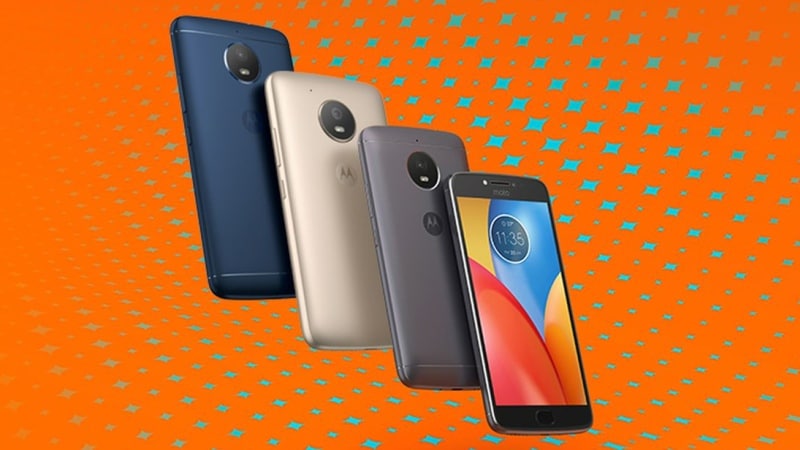 After launching the Moto E4 Plus and Moto E4 globally last month, Lenovo has launched the E4 Plus in India at Rs. 9,999 exclusively via Flipkart and has confirmed the offline launch of the E4, which is priced at Rs. 8,999. Some of the highlight features of the Moto E4 Plus are the 5000mAh battery and metal back. The phone runs on Android 7.1.1 Nougat and features a 5.5-inch HD display, a MediaTek MTK6737M SoC, 3GB of RAM and 32GB of internal storage. The Moto E4 Plus also get microSD card support, a 13-megapixel rear camera and a 5-megapixel front camera.

The E4 Plus will be going on sale at 11:59pm IST, Wednesday and early bird buyers will be able to avail a host of launch day offers. These include the Moto Pulse Bluetooth headset for Rs. 649 (originally Rs. 1,499); EMI offers from Citibank; two month free subscription to Hotstar Premium; 84GB data for 3 months at Rs. 443 for Idea subscribers; Buyback Guarantee of Rs. 4,000 for the Moto E4 Plus; up to Rs. 9,000 off with exchange of your old phone; and an extra 20 percent discount on Flipkart SmartBuy products.

With one more Moto launch out of the way, new rumours about the Moto X4 have also leaked. The new report comes via a GFXBench listing which suggests the Moto X4 will come with 3GB of RAM instead of 4GB, as previously reported.

Honor 8 Pro goes on sale
Honor launched the 8 Pro (Review) during the Amazon Prime Day, exclusively for Prime members on Monday and is now putting it up for open sale for anyone to buy come Thursday. The Honor 8 Pro is priced at Rs. 29,999, which undercuts the the OnePlus 5's (Review) base price of Rs. 32,999. The main focus of both smartphones are the rear cameras. If you were torn between these two models, we have the tie breaker right here in our ultimate face-off between the two of them. The Honor 8 Pro was launched in India last week.

OnePlus 5 vs Honor 8 Pro: Which One Is the Real Flagship Killer?

2017 iPad Pro, iMac, MacBook models now available in India
Apple announced a slew of refreshes during its WWDC keynote in June and now, these very models are available for purchase in India. Gadgets 360 has learnt that Apple retail partners across the country have started receiving stock of the new iPad, MacBook, and iMac models.

Apple adds Paypal payment option on App Store, Apple Music, iTunes, and iBooks
In addition to using your credit card and debit cards, Apple's app and content services will also accept payments via Paypal . These services include the App Store, Apple Music, iTunes, and iBooks through iPhone, iPad, and iPod touch devices. This feature is first going live for users in Canada and Mexico, followed by the US very soon.

In other Apple new, the company's upcoming iOS 11 OS might have an integrated live streaming feature. Those using iOS 11 public beta have spotted a ‘Start Broadcast’ option in the new beta 3 firmware. It's yet to be seen how Apple plans to actually use this feature, which should be revealed in the coming months when iOS 11 rolls out to the general public, along with the new iPhone models.

Vizio sues LeEco over failed merger attempt
LeEco isn't in the most financially sound state right now and to add to its woes, it's being sued for $60 million in damages by Vizio, a company that LeEco sought to acquire for $2 billion. However, in light of recent event, LeEco in April called off the deal citing "regulatory headwinds." The company was required to pay $100 million as a buyers termination fee, of which, it only managed to pay off $40 million. Vizio now seeks the remaining $60 million as damages.

Indian Railways to launch new app
In an effort to make booking train tickets easier, the Indian Railways is set to launch a new app that will reportedly offer options like booking a porter, retiring room, or ordering food apart from booking train tickets. It should also allow you to book taxis, hotels and notably, even flight tickets. The Integrated Railway Mobile App project was first announced during the Rail Budget 2016-17. It is being developed by the CRIS, the Railways' software arm, at a cost of Rs. 7 crores.

Xiaomi Mi Note 2 launched in China
Previously though to be a variant of the Mi 6 Plus, Xiaomi's rumoured launch turned out to be the  Xiaomi Mi Note 2. The latest version of the phone adds 6GB of RAM with 64GB  of storage and is already available in China for CNY 2,899 (roughly Rs. 27,500). The dual-SIM phone runs Android 6.0 Marshmallow-based MIUI 8; sports a 5.7-inch full-HD Oled flexible display; and is powered by a Qualcomm Snapdragon 821 Performance Edition SoC.

Delhi Government wants to ban UberPool and Ola Share
The future of low-cost pool services from Ola and Uber is under scrutiny as the Delhi government has found both in violation of the Motor Vehicle Act, 1988. The problem resides in the type of permit that cabs services such as Ola and Uber are granted in the country, which according to the Motor Vehicles Act, restricts them from making a stop and allowing additional passengers to join in a point-to-point journey.

Microsoft's Rural Airband Initiative aims to provide broadband Internet via TV spectrum
In a bid to extend Internet services to rural America, Microsoft wants to use unused TV airwaves to to beam Internet, through an initiative it calls Rural Airband Initiative. Microsoft plans to partner with rural telecommunications providers in 12 states stretching from Washington to Maine to get about 2 million rural Americans connected to high-speed Internet over the next five years.