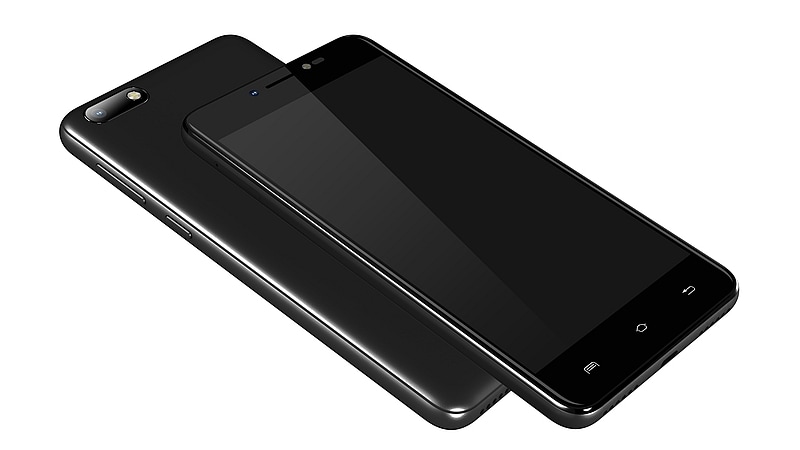 Micromax today expanded its Bharat line of affordable smartphones with the new Micromax Bharat 5, which is priced at Rs. 5,555. The main feature of this model is its 5000mAh battery. It is designed to appeal to users in smaller towns and cities where power supply is erratic. It has a 5.2-inch 720x1280 screen, unspecified quad-core processor, 1GB of RAM and 16GB of storage. Both the front and rear cameras on the Micromax Bharat 5 have 5-megapixel sensors. Micromax has partnered with Vodafone to offer 10GB of data free each month for five months, to new and existing Vodafone subscribers, as long as they have at least a 1GB pack. The Micromax Bharat 5 will only be sold offline, and it could prove to be popular with its intended target audience.

Nokia 2 goes on sale in the US, Nokia 6 gets a software update
The Nokia 2 is the most affordable Nokia-branded smartphone from HMD Global, and it has just gone on sale in the USA through three major retail chains - Amazon, Best Buy, and B&H. All three list only the black option without any carrier subsidies or restrictions, priced at $99 (approximately 6,390, compared to the official price of Rs. 6,999 in India). The Nokia 2 has a 5-inch 720x1280 screen, Qualcomm Snapdragon 212 processor, 1GB of RAM, 8GB of storage, an 8-megapixel rear camera, 5-megapixel front camera, and 4100mAh battery.

Nokia has also just released an OTA software update for the mid-range Nokia 6 which claims to improve performance and stability, and introduces some UI tweaks. While it isn't the expected Android Oreo update, it does include Android's November security patches.

Airtel's new data packs
The mobile tariff wars continue, and Airtel has rolled out its latest attack, a new Rs. 199 recharge pack for prepaid users which gives them unlimited local and national calls and texts, unlimited incoming calls while roaming, and 1GB of 3G/4G data per day through the 28-day validity period. As of now, only subscribers in Chennai, Delhi NCR, Mumbai, and Karnataka can buy this pack. The move comes shortly after Vodafone launched a similar pack priced at Rs. 199. There are also reports of a Rs. 157 pack that gives users 3GB of data for 27 days, though this is yet to appear on Airtel's website.

Jio's Mukesh Ambani on the competition and more
Reliance Industries chairman Mukesh Ambani addressed a leadership summit in New Delhi, and talked about mobile broadband penetration in India and around the world. He stated that India is now ranked No. 1 for mobile broadband, as opposed to its rank of 150 last year, and that Indians now consume more data than people in the USA and China, and credited both these changes to the launch of Reliance Jio. However, he denied that Jio had anything to do with the losses reported by competitiors, specifically Bharti Airtel, terming the situation part of the normal risks of doing business. Even if there have been corporate losses, he said, the more important thing to consider is how much consumers have gained. He also asserted that mobile data access will allow India to triple its GDP over the next ten years. According to Ambani, "The foundation of this revolution is connectivity, computing, data and artificial intelligence."

Twitter Lite launched
Twitter has rolled out its Twitter Lite app, which promises reduced data consumption, in 24 new markets where it sees the cost of mobile data as an inhibitor to growth. It also works offline and will load quickly on low-powered Android phones. The app was earlier trialled in the Philippines, and unfortunately India is not on the list of 24 new countries in which Twitter Lite is now available. According to the company, Twitter Lite users in are more engaged than before.

Avengers: Infinity War India release date
India is one of a small number of countries in which Marvel will screen its next Avengers movie one week before the mainstream global release. The highly anticipated Avengers: Infinity War will be shown in India on April 27, but it won't be the first in the world, as a few countries will have screenings on April 25 and April 26. The massive superhero movie will only be released in the USA only on May 4. The strategy is aimed at boosting revenue in global markets, which now accounts for just over two-thirds of Marvel's total earnings for its massive tentpole films.

Alexa moves into the enterprise
Amazon has announced that its Alexa voice assistant can now handle a wide range of routine office tasks, positioning the Echo smart speaker range as well as a huge number of third-party Alexa-enabled devices as office assistants. Alexa will be able to help users join conference calls, coordinate meetings, make calendar appointments, and even order products from Amazon. Echo or other devices will be anchored to a business account rather than each individual's own account, and can be shared by multiple co-workers. Employees can also link their home devices to a business Alexa service.

Apple working on own power management chips?
Apple appears to be continuing to consolidate the manufacturing of microprocessors for its various devices, bringing design and development operations in-house. A recent report suggests that the company is working on a new line of power management chips to be used in future iPhones, rather than the ones currently sourced from Dialog Semiconductor. Apple is said to be hoping to better integrate its hardware and software, potentially improving battery life as well.

Microsoft Edge for iOS, Android out of beta
Microsoft has publicly released its Edge browser for Android and iOS devices, following a brief beta test period. Users who choose to download it will be able to synchronise browsing sessions as well as bookmarks, passwords and settings across their smartphones and Windows PCs. It is available in a limited number of languages for now, but the company has plans to expand globally. You can download Microsoft Edge now from the iOS App Store or Google Play Store for Android.

Nintendo Switch Games and Accessories Guide: What to Get With This Year's Hot Toy
Xiaomi Redmi 5A India Launch, Jio Cashback Offer Extended, Google Datally, and More News This Week