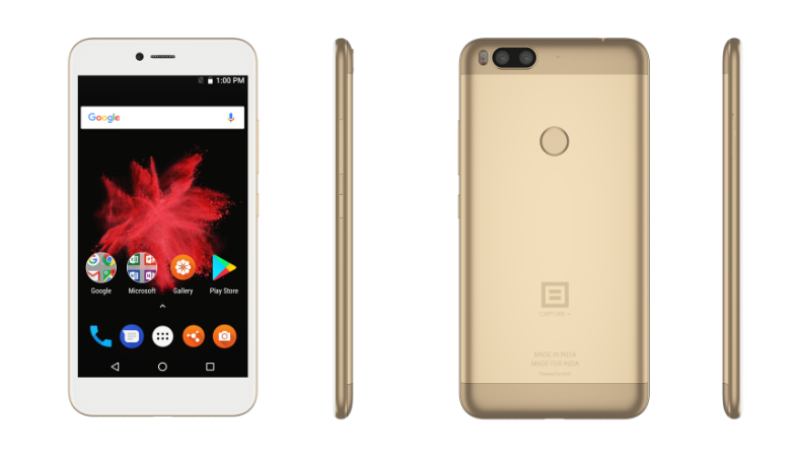 Flipkart has launched the first smartphone under its Billion brand, named Billion Capture+. As the name suggests, it’s a camera-focused smartphone and bears a dual camera setup (13-megapixel RGB + 13-megapixel monochrome) on the back. Other highlights of the handset include fast-charging support and unlimited cloud storage. The ‘Made in India’ smartphones come in two variants, one with 3GB RAM and 32GB storage at Rs. 10,999 and the other with 4GB RAM and 64GB storage at Rs. 12,999. The Flipkart phone has a 5.5-inch full-HD display, stock Android 7.1.2 Nougat software, microSD storage support up to 128GB, 3500mAh battery, and 8-megapixel front camera. It will come in Mystic Black and Desert Gold colours, and go on sale on November 15, with no-cost EMIs and discounts on select debit and credit cards.

iPhone X screen unresponsive in cold weather, 360-degree selfies introduced
Some iPhone X users have reported that the display of their handset becomes temporarily unresponsive in cold weather. Fortunately, the issue is not widespread as very few users have reported the problem. Apple has acknowledged the issue, and will be addressing it via a software update soon.

Gionee M7 Power India launch on November 15
Gionee will launch the M7 Power smartphone in India on November 15; the smartphone had been launched in China in September. Its highlights are the 5000mAh battery and the 18:9 aspect ratio for the display. Other key features of the Gionee phone include 6-inch HD+ (720x1440px) display, 1.4GHz octa-core Snapdragon 435 chipset, 4GB of RAM, 64GB internal storage, microSD card support up to 256GB, Android Nougat OS, dual SIM support, 13-megapixel rear camera and 8-megapixel front camera. The Gionee M7 Power price in the company’s home market is CNY 1,999, which roughly translates to roughly Rs. 20,000.

Twitter expands display name character count, suspends blue tick verifications
Twitter has raised the character count for user display name to 50 characters, within days of doubling the limit for characters in tweets for all users. Similarly, the username (@handle) can be up to 15 characters long. On the other hand, Twitter has stopped blue tick verifications for users. The Twitter Support account said while the tick was supposed to verify the identity of users, it was taken as “an endorsement or a sign of importance.” For now, the process has been stopped for “all general verifications.” Twitter had been criticised for verifying the account of one of the organisers of a white supremacist rally in Charlottesville, Virginia, USA, where one person died.

Musical.ly to Be Bought by Bytedance in Deal Said to Be Valued at Up to $1 Billion