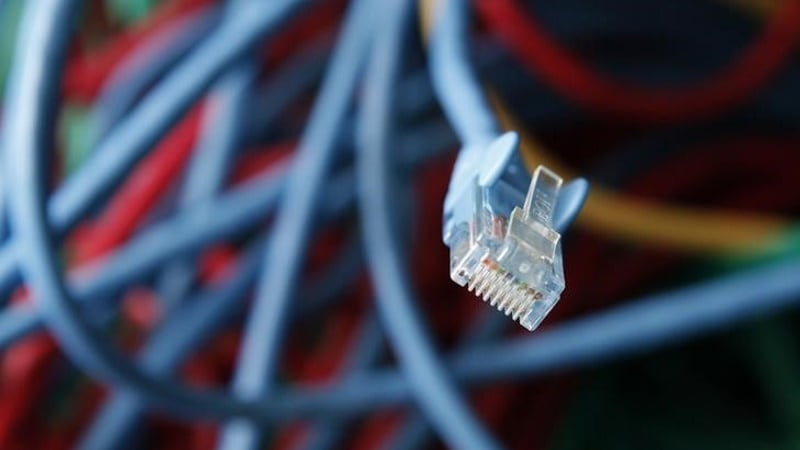 BSNL is asking all its users to change the default passwords on their company-supplied routers, which have come under attack by a new malware outbreak earlier this week. Default passwords are easily guessable and are often used to compromise security on networks remotely. Users who buy routers or have them installed by service providers are rarely aware that they can be accessed and configured, much less that they need to be secured. In this case, the default password is "admin".

Nearly 2,000 subscribers are said to be affected and have had their passwords changed remotely. BSNL Chairman Anupam Shrivastava said only customer equipment is at risk, not any of BSNL's core infrastructure. BSNL is now using its call centres to reach out to affected customers, though guiding them through the process of resetting and reconfiguring a router over the phone will be a challenge.

WhatsApp Beta for Android gets homescreen shortcuts
A new feature discovered in a beta version of WhatsApp for Android lets users launch directly into different sections of the app from their homescreens. The app shortcuts appear when long-pressing the WhatsApp icon, but users can also create dedicated icons that perform the same actions. The shortcuts that exist in the beta let users jump into the WhatsApp camera, see their starred conversations, and start a new blank conversation.

Users cannot pin specific conversations to their homescreens, which would seem like a more useful feature, although this capability already exists in the form of homescreen widgets. To see this feature, users need to be signed up for the WhatsApp beta program through Google Play or sideload the APK manually.

Lenovo K8 Note's India launch teased
Lenovo is set to unveil a new model in its K series on August 9. A teaser posted to social media channels seems to indicate that the device will be called K8 Note, not K7 Note which would be the expected next number in the series. It also seems likely that this model will feature dual rear cameras in order to better compete with other phones in the value segment in India. The Lenovo K8 Note could also have a MediaTek Helio X20 SoC with 4GB of RAM, according to purported benchmark records in an online database.

Demand for the 128GB OnePlus 5 in India exceeds expectations
OnePlus co-founder Carl Pei said that he is surprised by how strong demand has been for the 128GB version of the OnePlus 5 in India. In an interview with Gadgets 360, Pei confirmed that the OnePlus 5 64GB model is more popular here, but not by as large a margin as he had expected. He says he underestimated demand for the more expensive 128GB version based on the company's history of targeting lower price points, and generally low sales volumes across other manufacturers at the Rs. 38,000 price level.

Nokia smartphones may feature Lumia Camera UI in the future
HMD Global has acquired 500 more Nokia design patents from Microsoft, including rights to the much-loved Lumia Camera UI. This will allow HMD Global to introduce classic Nokia touches to the phones it now sells under the Nokia brand. Microsoft still owns a considerable amount of Nokia's intellectual property, including the PureView, PureMotion and ClearBlack features that were used to promote Nokia phones while the company was under Microsoft's control. HMD has also recently struck up a partnership with Zeiss, which provided optics for the cameras in several iconic Nokia models.

Apple kills off its legacy iPods, could launch an AR headset soon
After years of neglect, Apple has discontinued the iPod nano and iPod shuffle, leaving the iPod touch as the last member of the iconic product family. The two products had not been updated in several years, and cannot work with Apple Music, the subscription music service that the company is now concentrating its efforts on. Apple calls the move a simplification of its product lineup, and also announced that the iPod touch will now be available only in 32GB and 128GB capacities, at the same prices as the now-discontinued 16GB and 64GB models.

On the other hand, it looks increasingly likely that the company will launch an AR headset or a pair of smart glasses. AR was a big part of the iOS 11 announcement, and Apple is clearly invested in this space. Patents filed by AR software developer Metaio, which was recently acquired by Apple, describe a system for representing points of interest on a screen and perform actions based on users' inputs

Xiaomi takes $1 billion loan as it eyes global expansion
Xiaomi has taken out a loan for $1 billion (approximately Rs. 6,418 crore) in order to finance its global expansion plans and a push into the offline retail space. The money has been put together by 18 banks across Europe, the Middle Easy, India, China, Hong Kong, and Taiwan, and is being coordinated by Deutsche Bank and Morgan Stanley. Xiaomi recently announced that it shipped a record 23.16 million smartphones in 2Q 2017, up 70 percent from the previous quarter.

Huawei is positioning its Mate 10 against the iPhone 8
Huawei's Mate 10 flagship will have a borderless screen when it launches next year, according to the company CEO Richard Yu. The move will help Huawei compete with the upcoming iPhone 8, which is expected to have an all-glass front face. Other rivals Samsung, LG and Xiaomi have also launched models with extremely thin borders or none at all in the recent past. The Mate 10 will be unveiled at around the time of the iPhone 8 launch, which pegs it at roughly mid-September. Yu also teased great battery life, quick charging, improved cameras, any many other features. Rumours suggest that it could have AI, AR, facial recognition and 3D sensing capabilities as well.

Google now allows more than 2,000 photos per album
Google has lifted the cap of 2,000 photos per album in Google Photos, making the service truly unlimited. The change was discovered by users and has not been announced officially. Some users have reported adding up to 3,300 photos to an album, and it isn't known if there is a new, higher ceiling. Users get 15GB of storage for their full-resolution files (as well as Gmail and Google Drive content), but there is no limit if you choose to store only optimised "high quality" versions of your files. Google has been rolling out improvements to Photos every so often, most recently suggested sharing and shared libraries.

Sony PlayStation Plus subscription prices increase
The cost of Sony's PlayStation Plus subscription service will go up effective from August 31, potentially due to it coming under the umbrella of GST. One-year memberships will now cost Rs. 4,439 instead of Rs. 3,999, while the three-month option has risen from Rs. 1,599 to Rs. 1,869 and the one-moth plan has gone from Rs. 576 to Rs. 5,99. This is the first price rise since a global increase was announced two years ago. PlayStation Plus enables online multiplayer, cloud saves, and access to certain games each month.