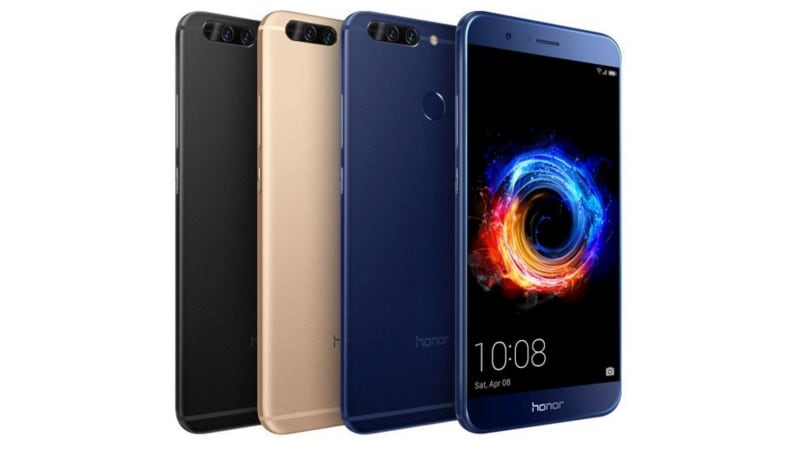 Telecom operators are desperately trying every trick in the book to combat Reliance Jio's 4G plans. BSNL has launched two new prepaid recharge packs, its second unveil this week after it earlier launched the Chaukka 444 plan with 360GB bundled data. The new BSNL Rs. 768 combo plan offers 3GB of data for 90 days and Rs. 768 credited to your account for voice calls. The BSNL 599 plan on the other hand adds a credit of Rs. 507 for all purposes (calls, SMS, data) and Rs. 279 credit exclusively for voice calls. This plan is valid for 30 days. BSNL is also giving additional benefits for the Rs. 768 recharge pack. If you do a recharge of Rs. 110, Rs. 210 and Rs. 290, you'll get a balance of Rs. 115, Rs. 220, and Rs. 310, respectively.

Here's everything else that made headlines today.

OnePlus 5 teardown treatment reveals 'systematically sealing design'
MyFixGuide performed a teardown of the recently launched OnePlus 5 smartphone, and found that it as a "systematically sealing design" which helps protect internal components from environmental effects. However, they also found some weak points, stating that the "some connectors have not been fixed by metal plate and its camera connector is easy to go loose."

While the OnePlus 5 will be going on open sale via Amazon from June 27, the OnePlus store has already started selling accessories for the new phone. These include a 3D Tempered Glass Screen Protector at Rs. 990; a  Protective Case which starts from Rs. 990; and protective cases that are priced at Rs. 1,290. Meanwhile, the OnePlus 5 has become available via pop-up stores across the country.

WhatsApp could start allowing sharing of all file types
Apart from being one of the most popular apps in India for messaging, WhatsApp is also widely used for sharing files. So far, the files types have been restricted to certain categories like photos, videos, etc, but soon, the app could allow you to share pretty much any file type. This new WhatsApp feature roll out has so far happened to only some select users so it's only a matter of time before it reaches everyone on all platforms like iOS, Android and Windows Phone.

Honor 8 Pro smartphone unveiled in India
Honor has announced a new smartphone for the Indian market called the Honor 8 Pro. The company is yet to reveal the final price of the phone as it will only go on sale in the first half of July. The phone was earlier launched in Europe and the UK this April for about EUR 549 (roughly Rs. 39,500). If Honor sticks to the similar pricing for India, then it will lock horns with the 8GB version of the OnePlus 5 (Review). Some of the highlight features of the Honor 8 include the dual rear camera setup, a 4000mAh battery and 6GB of RAM.

New Moto smartphones incoming
We have new information about the battery capacity and estimated price of the upcoming Moto G5S Plus. Tipster Andri Yatim, said in his tweet that the phone will be priced between Rs. 18,999 and Rs. 19,999. He also says that it will have a 3068mAh battery. We don't know the specifications at this point but according to the leaked images, the phone will have a dual camera setup around the back.

Motorola has also started putting up teasers for another imminent launch of the Moto E4 Plus. The company hinted in a tweet about how its new offering will offer better battery life, thus pointing at the 5000mAh battery in the phone.

YouTube unveils VR180 format for content creators
In a push to make VR content creation and consumption a lot more seamless, YouTube has announced an all new format called VR180. Google has also confirmed that its Daydream team is working with many manufacturers to have build new cameras for the VR180 video format. This is said to work equally well on desktops and mobile and will enable depth for more realism.

Nokia 3, Nokia 5 Android phone pre-orders open in the UK
HMD Global is slowly expanding the availability of Nokia smartphones and after their launch in India. The Nokia 3 and Nokia 5 will be going on sale in the UK next moth for GBP 129.99 (roughly Rs. 10,600) and GBP 179.99 (roughly Rs. 15,000) respectively. Customers who wish to get their hands on the phone can pre-order them from Amazon or Clove e-commerce websites.

Facebook's new mission is to 'bring the world closer together'
Facebook is facing pressure from smaller rivals like Nextdoor and Meetup and in order to strengthen its stand, Mark Zuckerberg has revised Facebook's mission to emphasise support for hobby clubs, civil society organisations and other community groups. Zuckerberg said on his Facebook page that his company's new mission is to "give people the power to build community and bring the world closer together."

Android O may be called ‘Oatmeal Cookie’
Android O is the next big update for Android which is due for a public unveiling in the coming months. However, the actual name has been shrouded in mystery, until now. Internal source code has revealed that Android O could be called the ‘Android Oatmeal Cookie’ from mentions of  mentions of ‘oc-dev’ that were found on several occasions. While these pieces of evidence are strong, Google could name Android 8.0 something completely different so we guess, only time will tell.

Microsoft’s SwiftKey extends transliteration support to Tamil
After unveiling its transliteration engine last year in November, SwiftKey has now added support for new features and up to eight additional regional languages. Microsoft says SwiftKey’s transliteration technology will be available for 70 million Tamil speakers across India, while support for Bengali, Kannada, Malayam, Marathi, Odia, Punjabi, and Telugu is now available in beta mode and will be released commercially later this year.